Goddesses in the Dust: The Wind is Talking on Ithaka 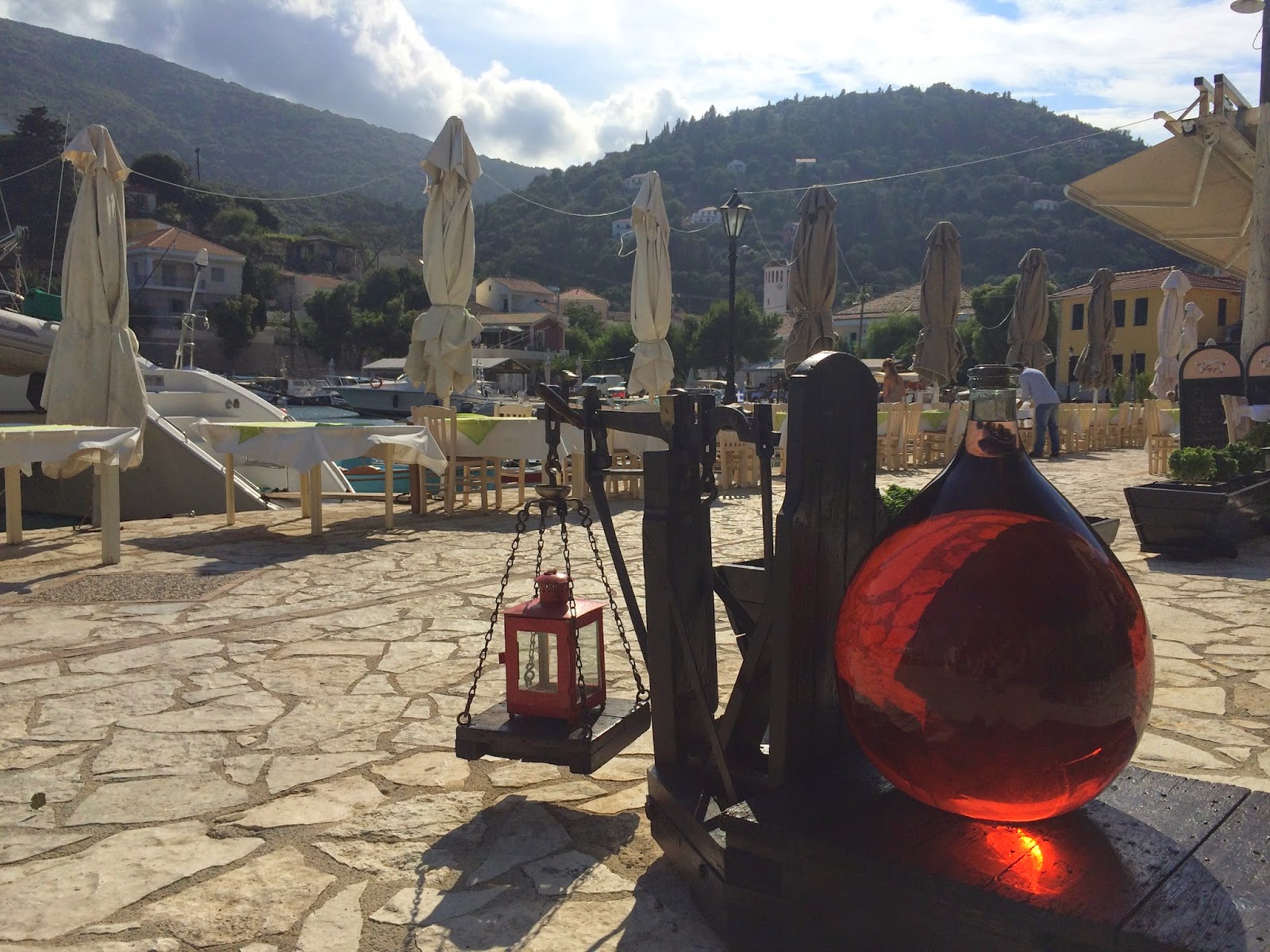 I've always thought the wind spoke. It would seem all the winds in Greece are named for male gods: Boreas, the god of the north wind and winter, Eurus, the god of the east wind, Notus, god of the south and Zephyrus, god of the west wind. But the breezes are feminine. The Aurai, known as nymphs, were also daughters of the god Anemos, which means wind.

Whether it be male or female, after many years of visiting the Greek island of Ithaka, I can safely say that the wind does a lot of talking here. Along the harbor where ships dock side by side, it threads its way through the masts, knocking them against one another and whistling its mysterious and eerie sound as it rattles the halyards. Walking along the pier in the town of Kioni, this glass globe filled with oil caught my eye. As I gazed at the sun reflecting in the amber liquid the wind started to talk.

Instead of answering its mournful call, I just listened