Many years ago in Merrie Olde Englande there lived a little girl who wore a boater. But the girl came from America and had no idea what a boater was. She learned quickly - a boater was a straw hat that one wore in the summertime at the Catholic convent school her parents wanted her to attend. Because that is what good little Catholic girls do - submit to the education of nuns.


So the story began.


That little girl, was of course me. When we moved to England my parents made me and my sisters attend boarding school - but we were day girls. Most of our fellow classmates were English girls but many came from all over the world - their parents were in the oil business or "awl bidness" as Molly Ivens referred to it. We American girls, however, stuck out like sore thumbs. We were loud and we had funny accents.


We were made to wear blazers. 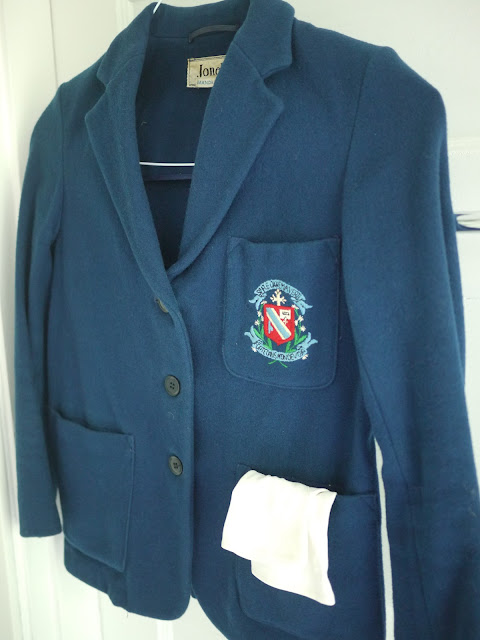 (not to mention learn Latin. Nuns are good at that.) 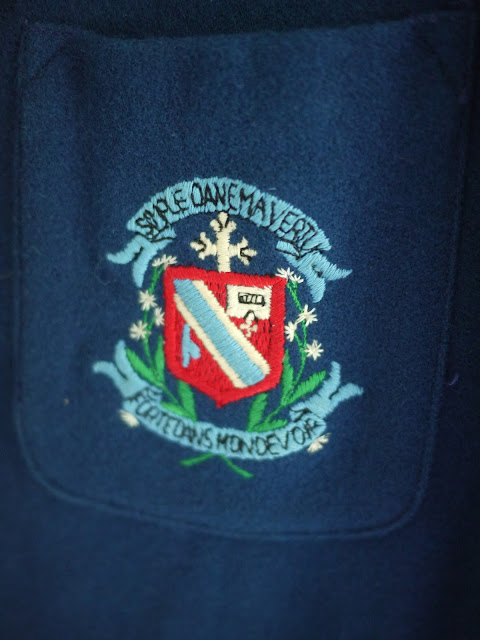 And white gloves (these were found still tucked into the pocket) 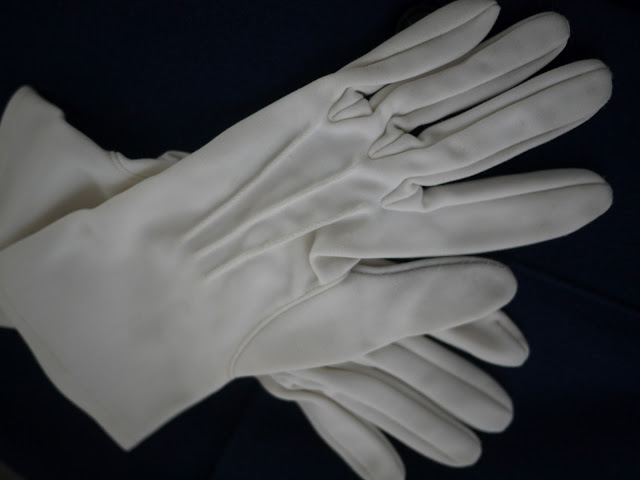 We had summer uniforms (I LOVED this zip up smock) 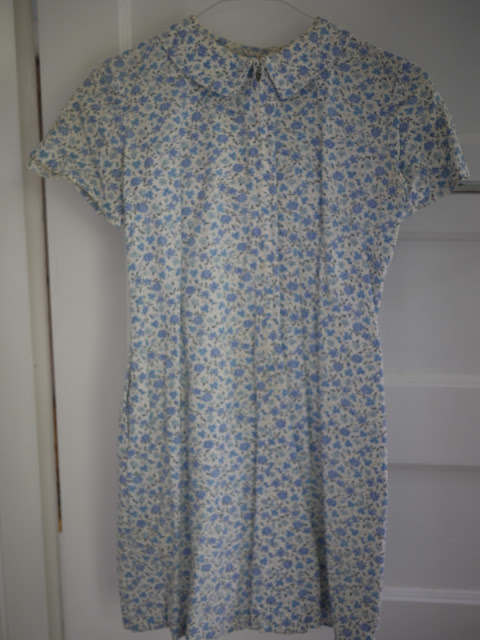 With an eye hook at the top of the zipper at the neck just in case you might let too much skin show - Goddess forbid. 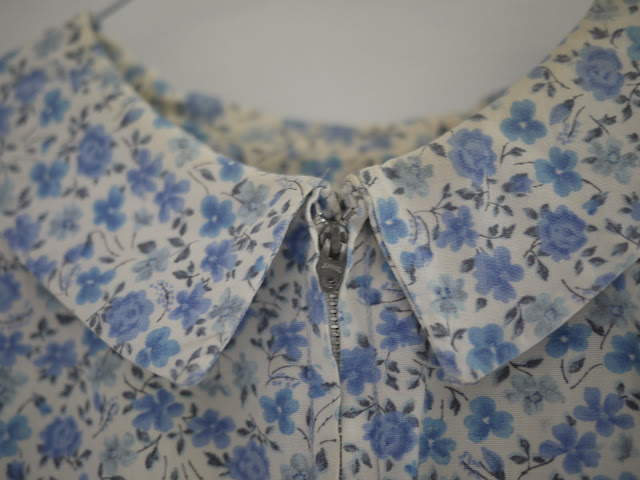 The nuns were on the lookout for too much leg showing as well. At teatime every day, the Sisters lined the hallway into the dining room, making the girls run a gauntlet of rulers. If anyone's hem was too short (as was mine on one memorable occasion) Sister would jab at your leg and pick you out of line. You were sent home - pronto. Expected to return shortly once your mother had let your hem out.

In the winter we wore cardigans and skirts with Peter Pan blouses, brown Oxford lace up shoes. I preferred the summer shoes, which were T-strap leather sandals. Cool. 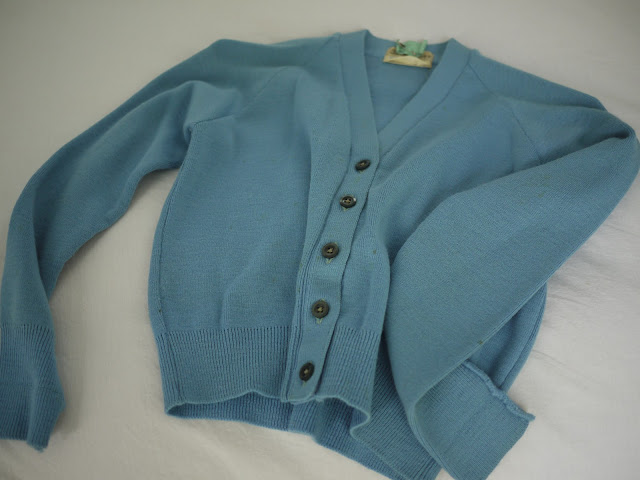 During art period we wore smocks. 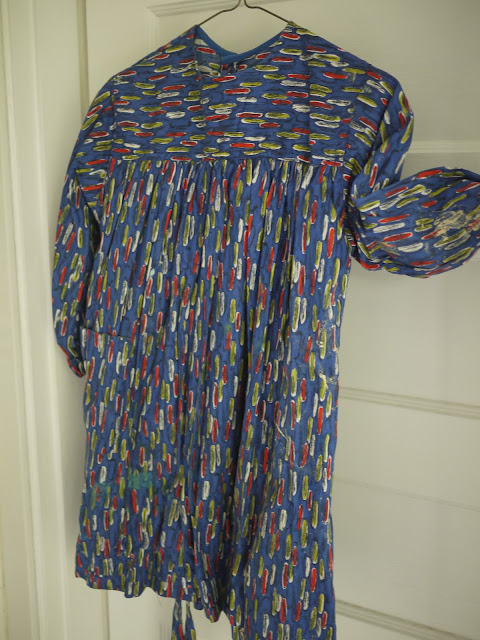 This has been stored for decades but lo and behold........evidence of my last masterpiece I painted before putting this thing in mothballs. 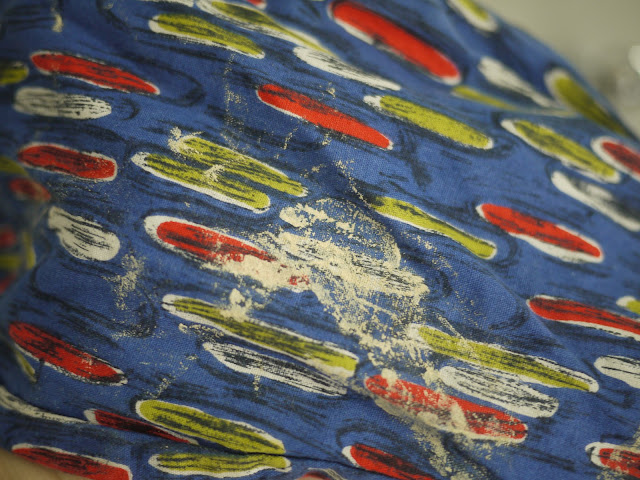 Name tags on everything 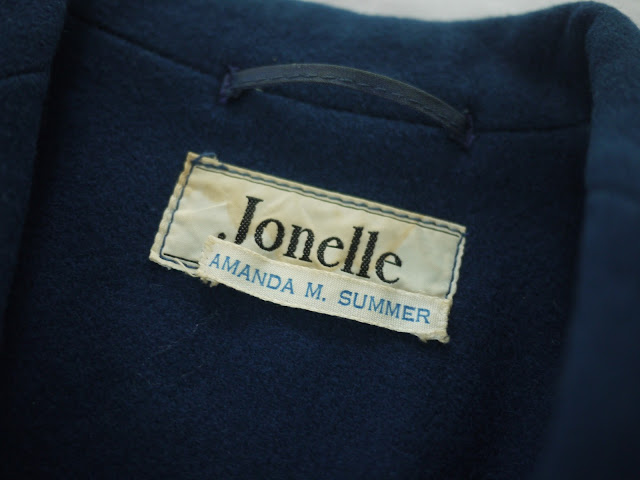 I loved the tiny pockets in the blazer. When was the last time I ran this through my hair? 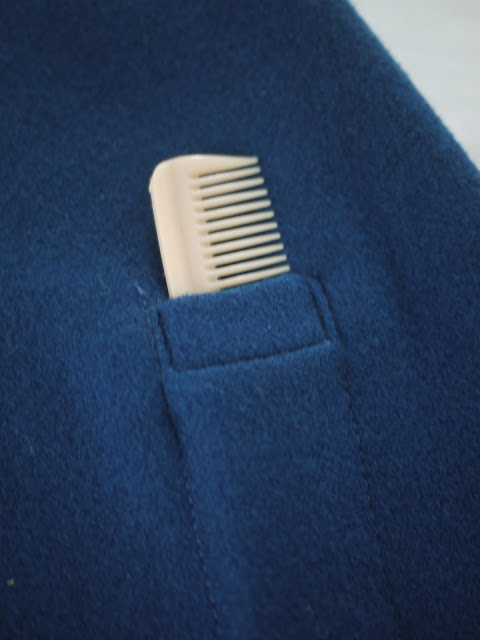 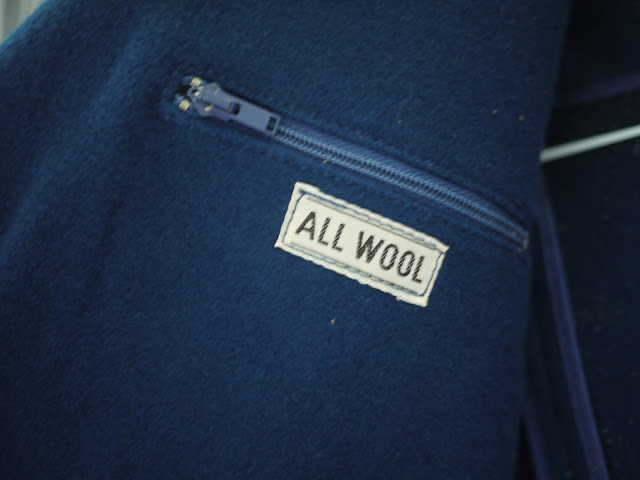 And then there was the matter of the silverware. Every girl at St. Maur's Convent School in Weybridge, Surrey had to purchase a full set of silverware, with one's name engraved on each piece. They were given to the convent kitchen at the beginning of your term and at every lunch you would be seated at the table only to find yourself facing a full set of silverware with everyone else's names on it. 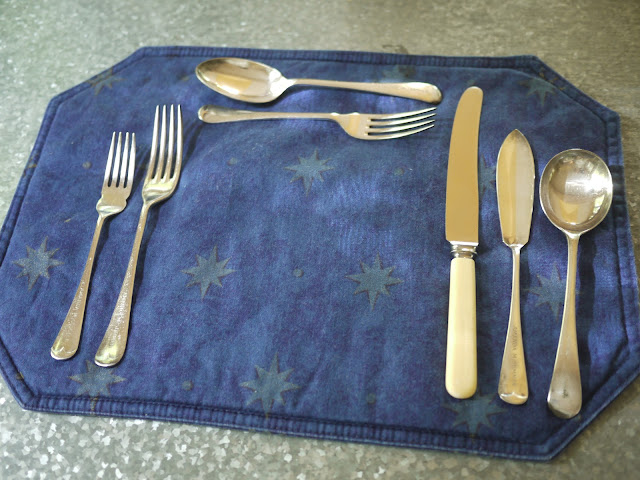 It became a game with every meal to see if one of the pieces had your name on it, instead of Gillian Lake or Grainne Stewart or Fiona Mullins. As the head girl at table doled out the roast beef and boiled potatoes, the sponge cake and treacle pudding, we searched in vain. At teatime after sports and ballet in the afternoon, when the nuns snapped at us to sit up ramrod straight, stir our tea with our right hand and use our fork with our left, I learned to mash potatoes onto the back and expertly guide peas into my mouth without them rolling off like raindrops onto my plate.

I found this in my dining room buffet the other day. It was in a sorry state of tarnish. 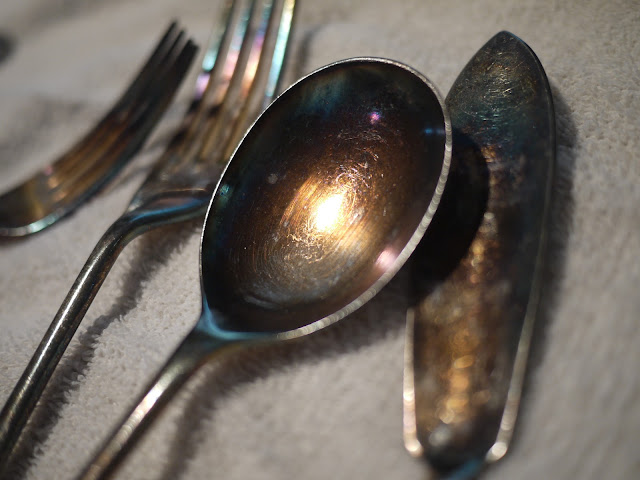 Dug up the old silver polish from the basement 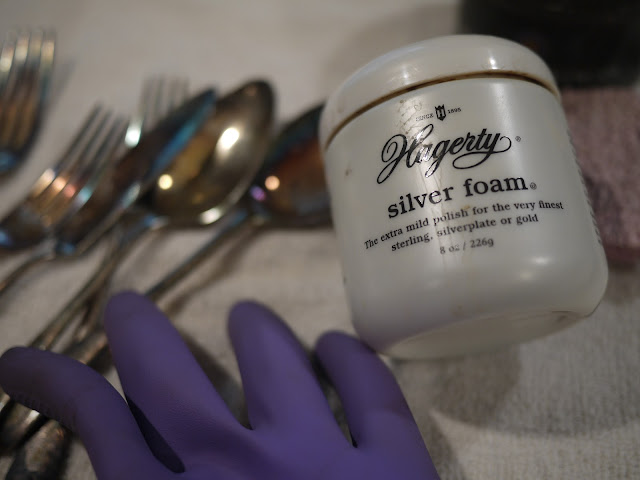 To see if I could once again 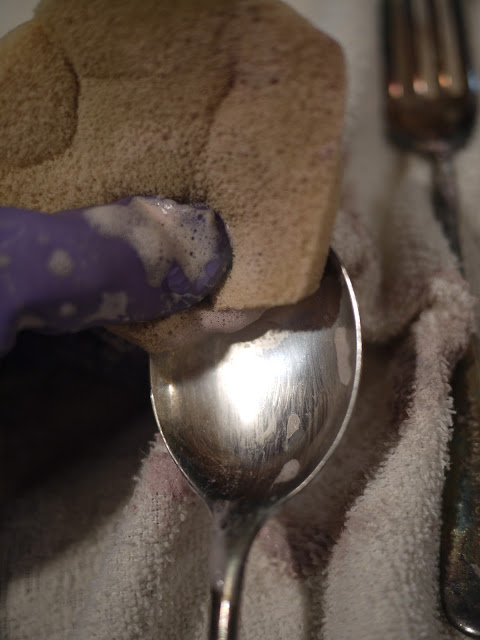 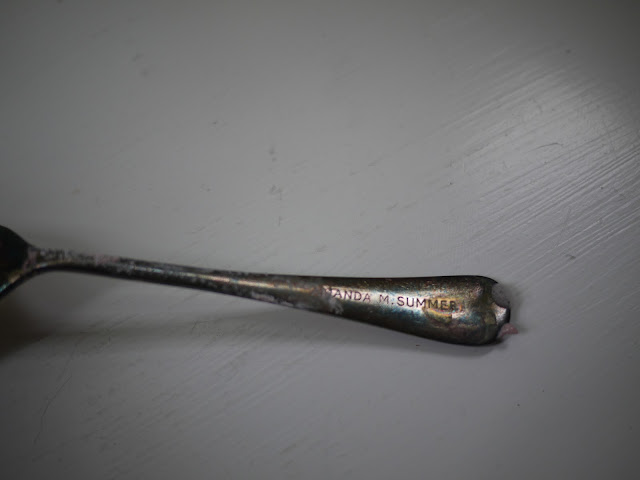 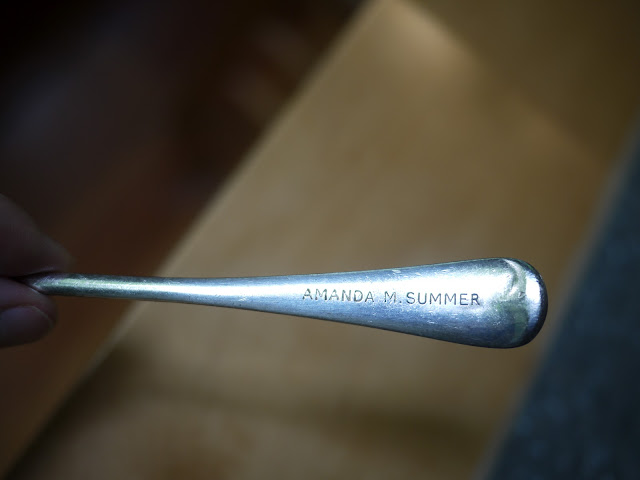 Good as new. Almost makes me want to whip up a massive dish of Bubble and Squeak. 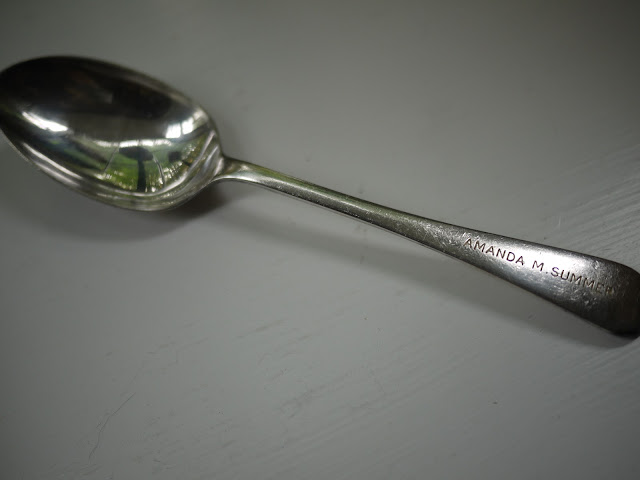 Sister Maury would be proud of me. I remember my fish fork from my dinner fork

My fish knife from my dinner knife 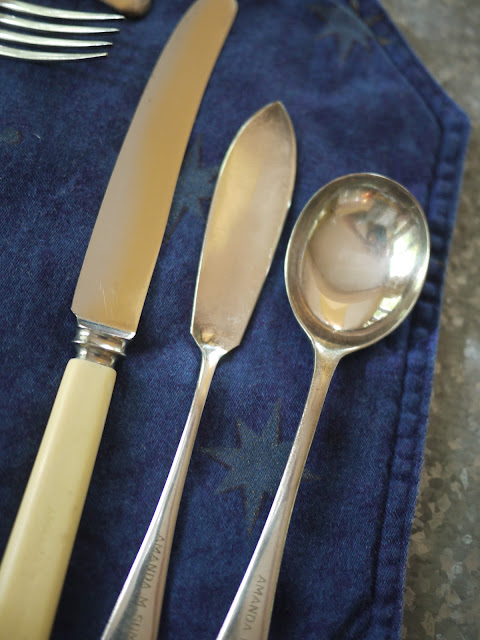 And my dessert fork and spoon 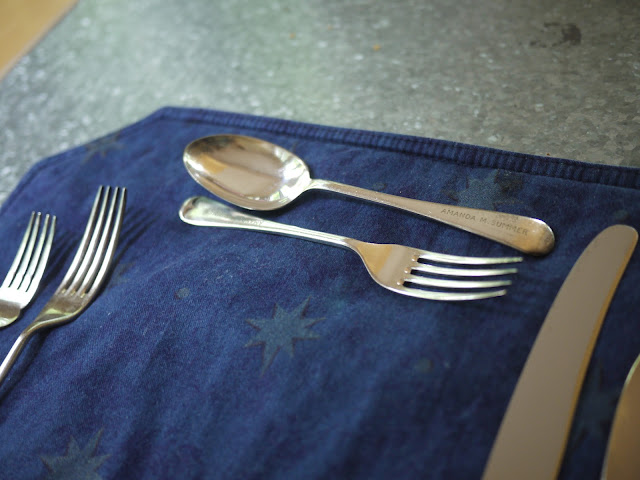 Back they go into their silver pouch to rest again 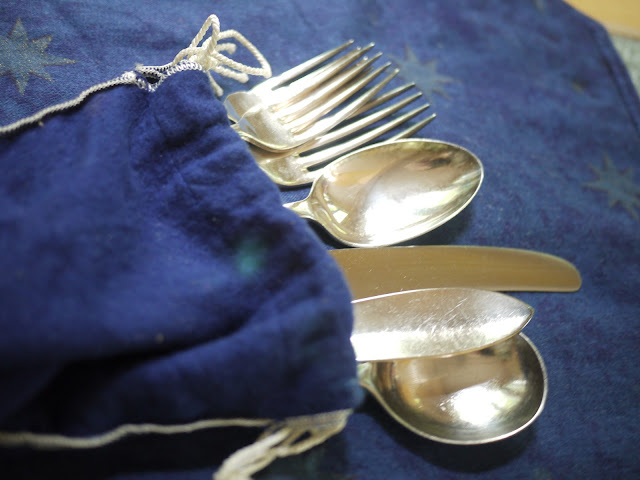 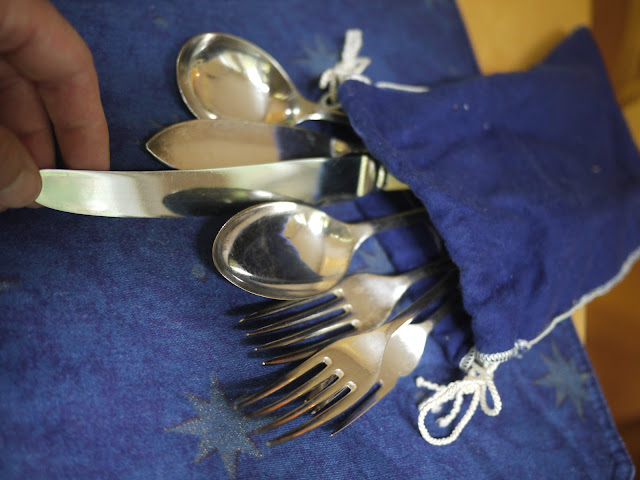 As an archaeologist, most of the time I dig things up in the ground. But sometimes I unearth things in the corner of the guest bedroom. You know, the one where thousands of family photographs are unceremoniously piled into Budweiser boxes.

Somewhere, between the Chalcolithic and the Bronze Age layers I found this shot of my younger sister and me in full convent school mufti, standing in the back garden of our house in Walton Upon Thames. Our family pet, Alfie the Sealyham Terrier, is running away from us.

We are a bit scary. 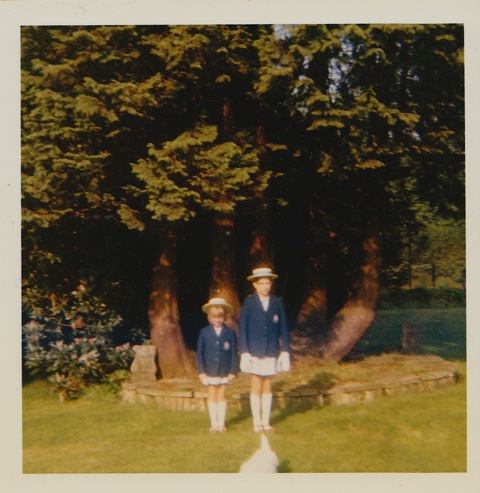 My dad was a West Point grad and I imagine he asked me to stand up straight like a Cadet when he took this photo. I was in uniform, after all. Pretty snappy, eh? 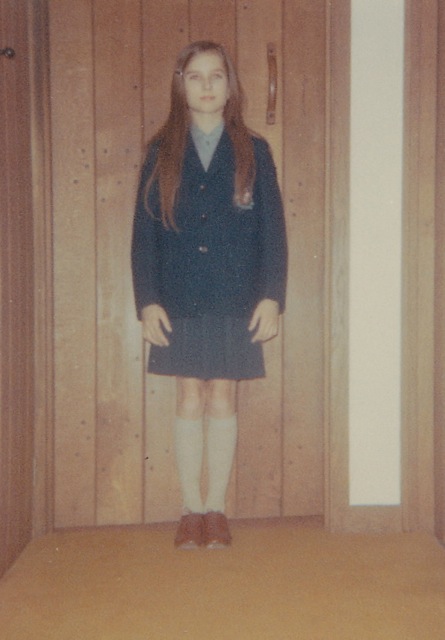 Of course no one was as cool as my older sister in her Marymount uniform. She went to a different school than my younger sister and I. Because she was closer to graduating my parents felt it important she be enrolled in a more "American" academic program. 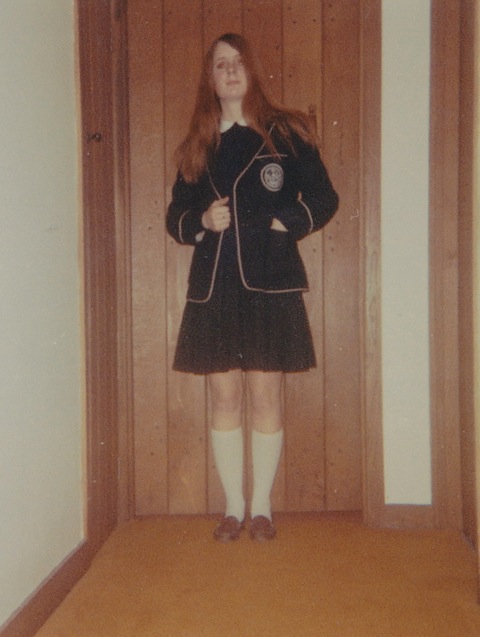 A few years back I returned to Merrie Olde Englande with my daughter and we made a stop at St. Maur's Convent. Wandering around the old campus, I realized I still wear my skirts too short, but Sister Maury isn't around any more to send me home to mother to let my hem out. I sometimes sit in the front row at lectures but it's no longer Sister Agnes I'm listening to, raining down a shower of spittle as she sputters on about 1066 and the Norman Conquest.


I learned many things at St. Maur's. During Mass every Wednesday afternoon, I marveled at how Father could remember all the names of the saints...Melchizedek, (along with Peter and Paul, Andrew,
James, John,
Thomas, James, Philip,
Bartholomew, Matthew,
Simon and Jude;
Linus, Cletus, Clement, Sixtus,
Cornelius, Cyprian,
Lawrence, Chrysogonus,
John and Paul,
Cosmas and Damian)

I also picked up, to my mother's lament, an English accent. It couldn't be helped. The American girls were forced during Elocution Lessons, to read poetry with a proper accent.

Tyger tyger burning bright
in the forests of the night
what immortal hand or eye
could fear thy fearful symmetry....


I sang in front of the queen with the school choir (albeit from the orchestra pit!) at Covent Garden. I learned to conjugate Latin verbs, write with a fountain pen, compete within a system where one's academic rank was made public as well as navigate a fierce social hierarchy of English schoolgirls. But mostly I learned what it was like to be an outsider...and how to depend on myself.


One more thing I learned by excavating these finds from my own past:


Silver can be brought back to life with a little polish, and
- even though I was forced to wear it for most of my nascent years - 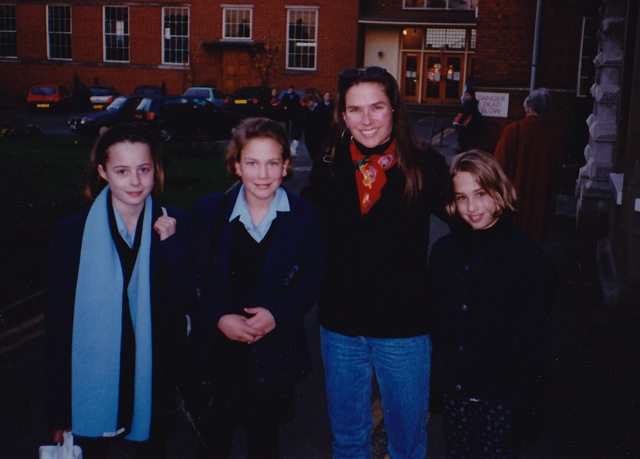