Goddesses in the Dust: Walking the Labyrinth 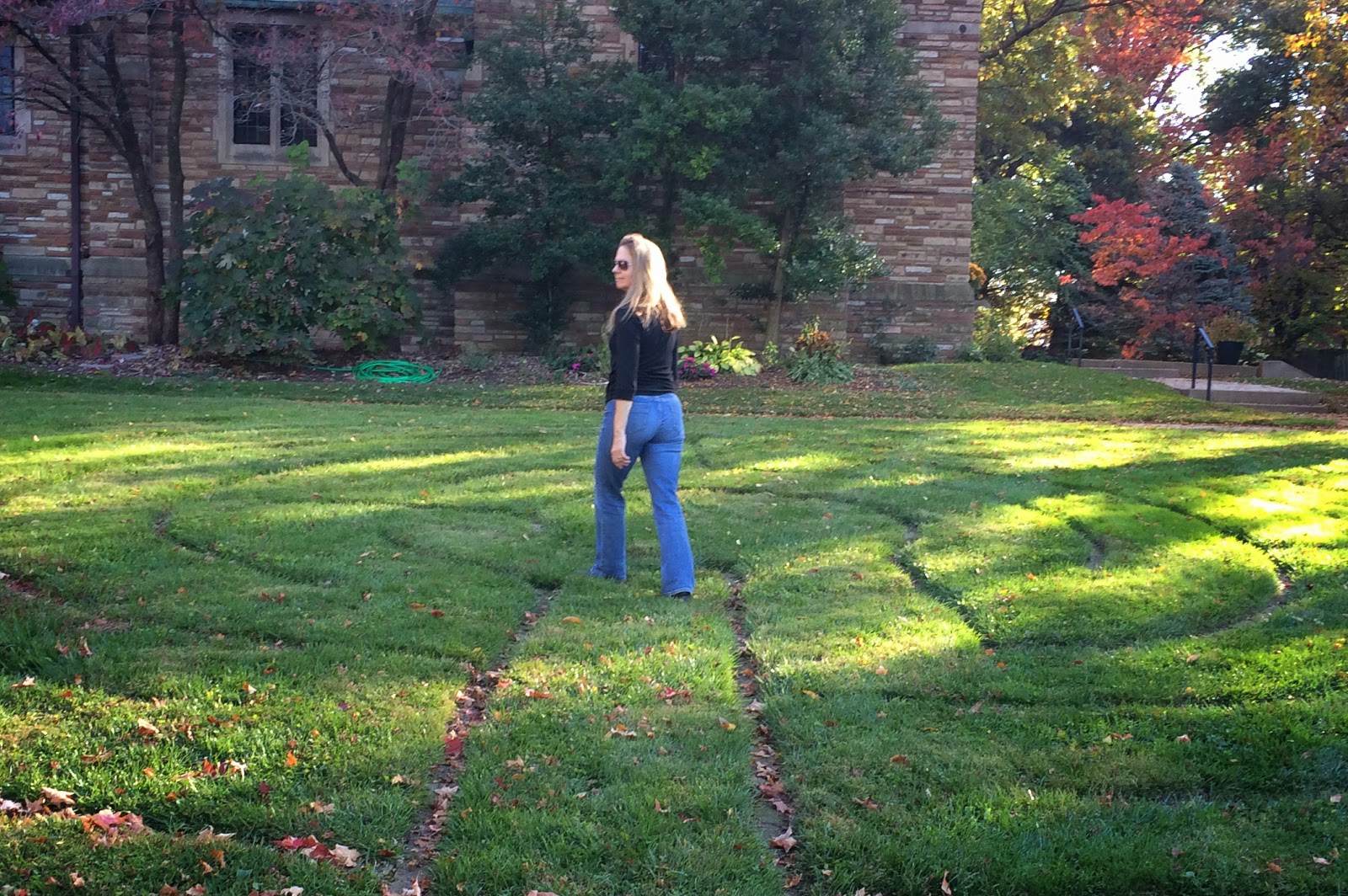 The word labyrinth comes from the ancient word labrys, which means double axe. The double edged axe was a sign of royal power and is associated with the royal palace of King Minos on Crete, which was referred to as the "house of the double axes." This was the classic labyrinth that housed the famous Minotaur, which the hero Theseus went in to kill. He escaped thanks to Minos' daughter, Ariadne, who had given him a ball of thread to find his way out.

Labyrinths differ from mazes. Both are defined by a series of complex pathways, but mazes are multicursal in that they offer multiple choices of direction, whereas labyrinths are unicursal. In a labyrinth, there is only one path, and it leads to the center.

Aside from Ariadne's, one of the world's most famous labyrinths exists at Chartres Cathedral. To walk a labyrinth is said to help a person gain access to their soul and develop spiritual insight, so it's not surprising that is has become a prominent motif in Christianity. The labyrinth at Chartes Cathdral is known as the Rose Labyrinth. Laid into the floor of the structure in 1360, it was commissioned by a bishop for a celebration of Easter. In keeping with the majesty of the Cathedral's size, the Rose Labyrinth measures over 42 feet in diameter and completely fills the width of the nave. 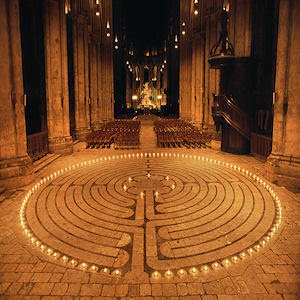 Recently, I read about a labyrinth that was laid into the grass of a church near my neighborhood. Having lived in the same place for 27 years, I was amazed (pardon the pun!) to have never known that a labyrinth existed almost in my own back yard. A close friend lives right across the street and I spent years picking up kids for morning carpool, passing it by. Some afternoons I take a break from my work and walk over to the church yard. High on a hill, it isn't visible to the street below, so you have to climb up to get perspective. I have found a sense of peace in tracing the meandering patterns around and around until I reach the center. Sometimes I stand, sometimes I sit there for a while, and let the sense of peace envelop me. As an archaeologist, it doesn't escape me how lovely it is that at the most unexpected moments, we find treasures sitting right under our feet.
Email Post