Goddesses in the Dust: Aphrodite, the Mother of Fear and Terror 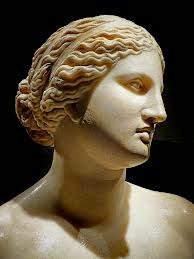 When you think of Aphrodite, the goddess of love, the images of fear and terror aren't the first to come to mind. But that is what the sons of Aphrodite are named.

Fear and Terror the sons of Love? How can that be?

Well for one, the father is Ares, the god of war.

Aphrodite was married to the lame smith god, Hephaestus, when she had an affair with Ares. She gave birth to the twin gods Phobos (Fear) and Deimos (Terror) who accompanied Ares into battle and spread fear, terror, dread and trembling in their wake. The two brothers were worshipped especially in Sparta, known for developing young boys into warriors from birth.

Some believe Ares was originally a death god, but the ancient Greek underworld became so filled with the bodies of the deceased that it required a full time guardian, to which Hades was appointed. Ares became the full time god of war.

Phobos is the root of our modern word phobia, obviously. He was often represented with a lion's head.

Deimos is a little more complicated.
Most people translate it to demon, but a Deimon or Daimon is actually something different. All forms of this word derive from the Greek δαίμων, which refers to a spirit that operated as a link between the human and divine realms. During the Christian era this word came to mean a 'pagan god' or unclean spirit, and in the Bible it was later transformed and defined as a devil. A daimon is actually a guiding spirit.

It's important to be careful with words that represent concepts such as these. The Christian period tended to demonize anything that had to do with the pagan world, as it feared that world. If we fear anything we don't understand, we run the risk of portraying it as wicked and threatening.

I can't help but wonder about the psychological implications the ancient Greeks had in mind when they named Love the Mother of Fear and Terror. I'm sure Sigmund Freud would have a field day with that one. 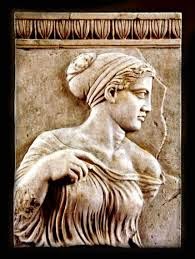 It has often been said that love is the opposite of fear.  Perhaps an even more accurate explanation is that love is the source of all things, and God/Goddess, in his and her love for humankind, gave us the freedom to experience anything we wanted. With freedom of choice all is allowed, and we are permitted to experience all the rich emotions available to us, because ultimately they are a path to learning about our selves. 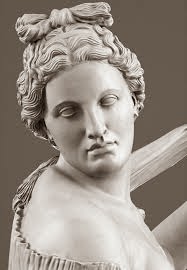