The Black Madonna, Big Waves and the Cliffs of Nazare

When people in Nazare talk about big water, they mean BIG water. 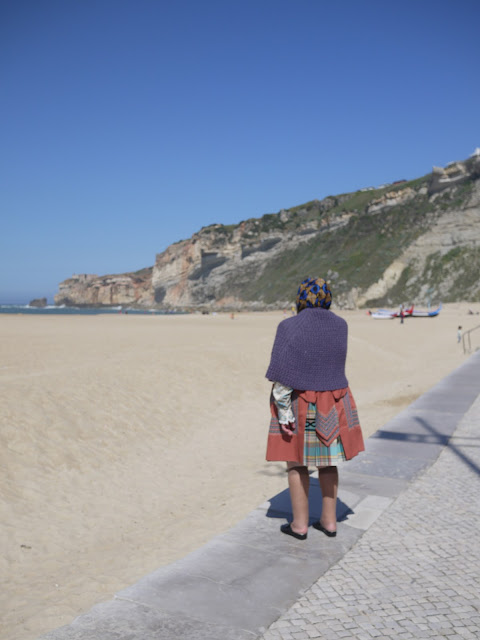 I can't imagine surfing on a 100 foot wave, but that's exactly what happened in January when a huge storm blew through this Portuguese town on the Atlantic Ocean. 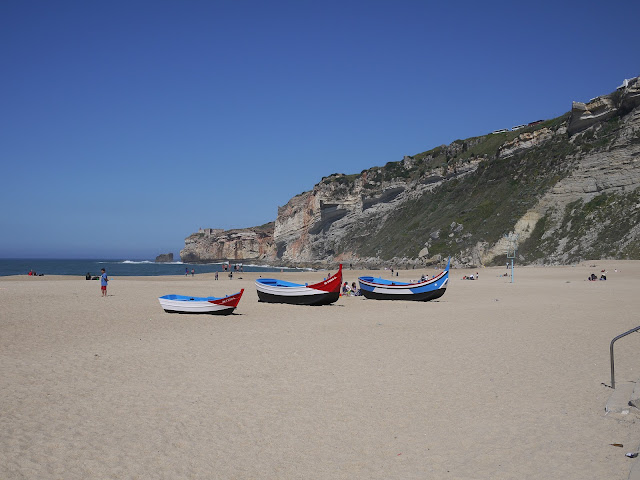 It felled trees all over this region but was a big boon for one surfer named Garrett McNamara, who was crazy enough to venture out into the Atlantic Ocean, catch a 100 foot wave and survive. This photo was taken by a photographer during McNamara's historic ride down the wall of water just after the storm. 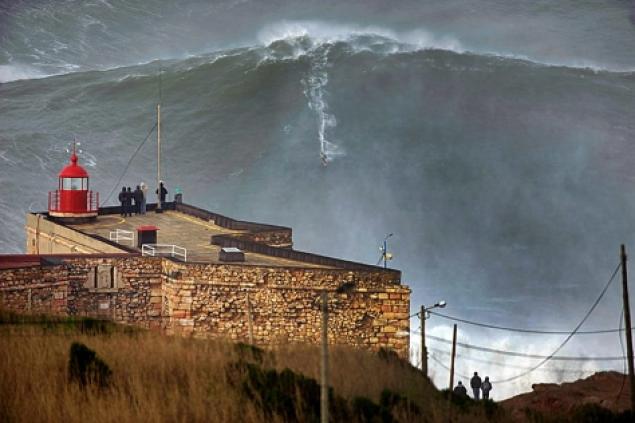 Same lighthouse and ocean on a 'calm' day. 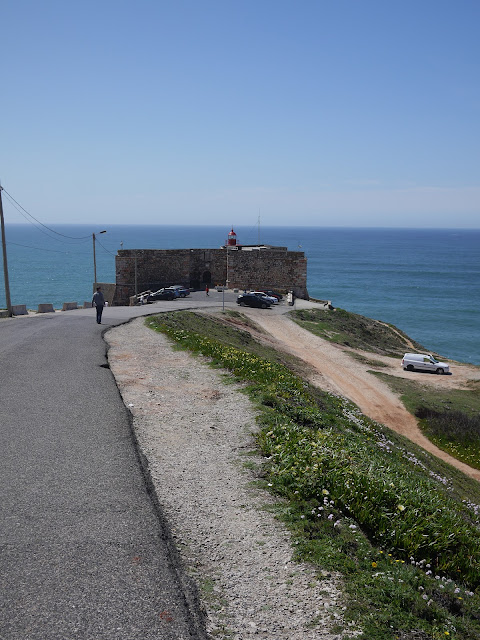 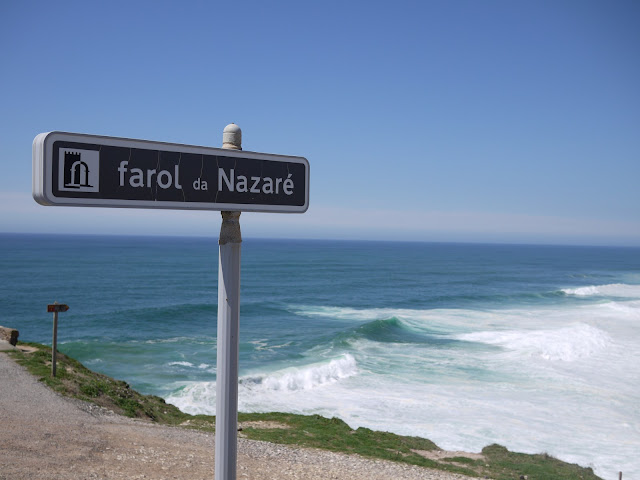 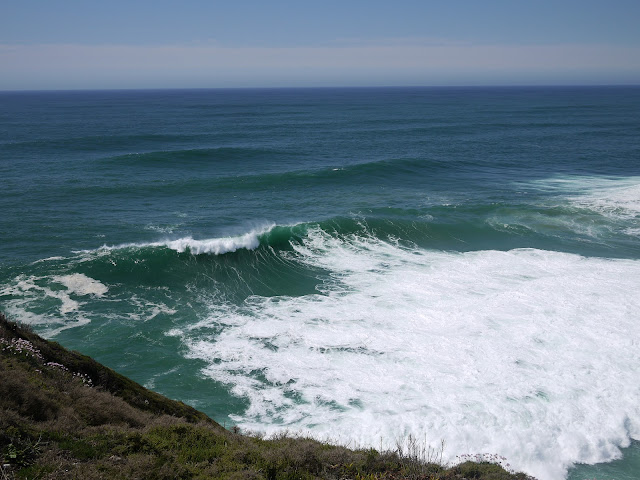 McNamara may have had the help of Our Lady of Nazare. Legend has it that in the 7th century, two fisherman brought back a small statue of a Black Madonna from Nazareth, the birthplace of Jesus (hence the name Nazare). The statue was hidden for 500 years during Muslim Moorish rule and was rediscovered by Christians in the 12th century. A church was erected on top of the imposing cliff above Nazare to house the Madonna. 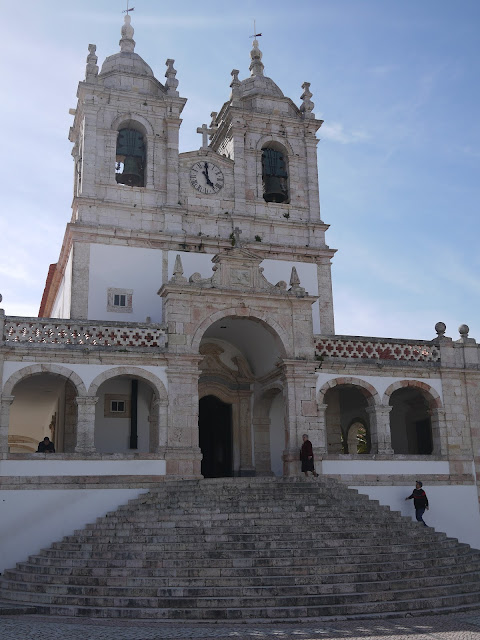 The church depicts a mural of a nobleman named Dom Fuas, who - so absorbed in a deer hunt - didn't notice he was about the go over the edge. The Virgin appeared to him warning of the danger - Dom Fuas stopped just in time before heading over the cliff (but the deer wasn't so lucky.) 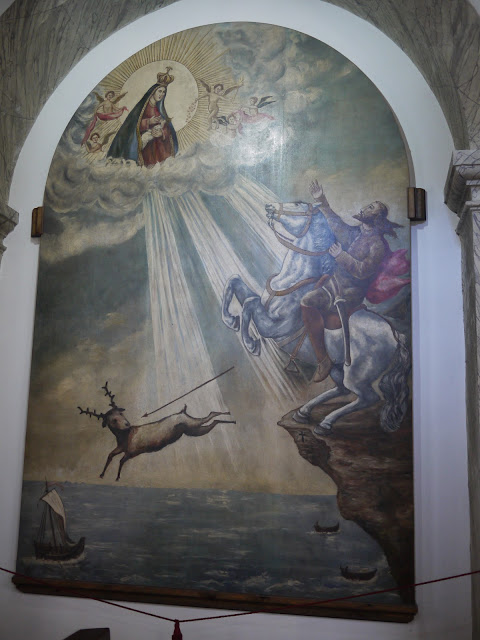 Miracles are not unusual for this region. Fatima, where the Virgin Mary appeared to three children in 1917, is not far away. 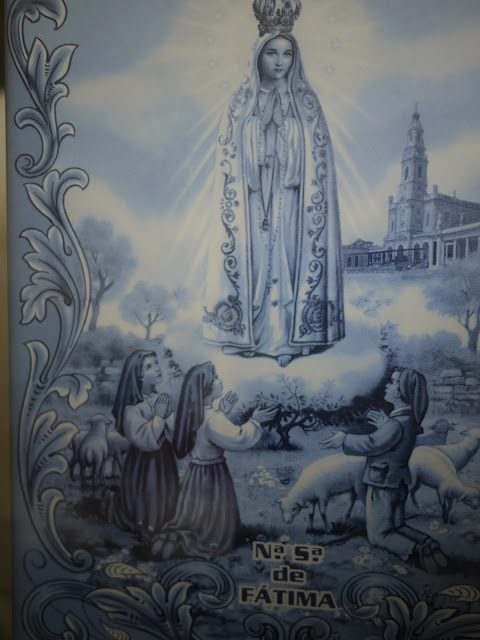 The cliffs are no less dangerous today 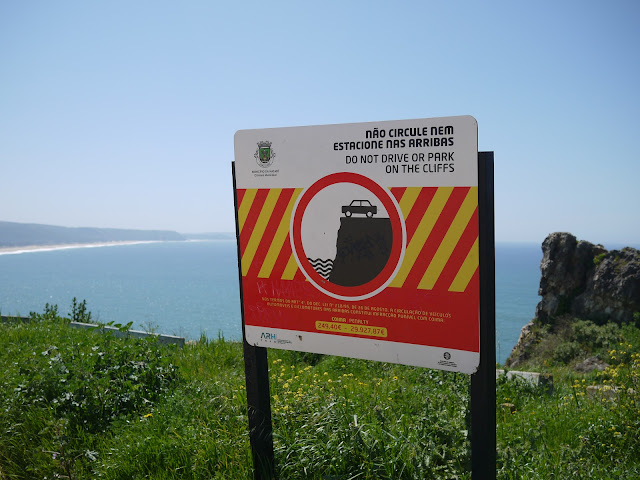 but locals still fish off them 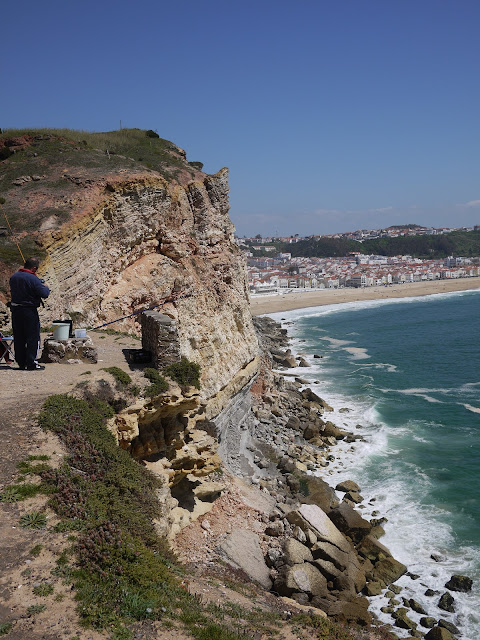 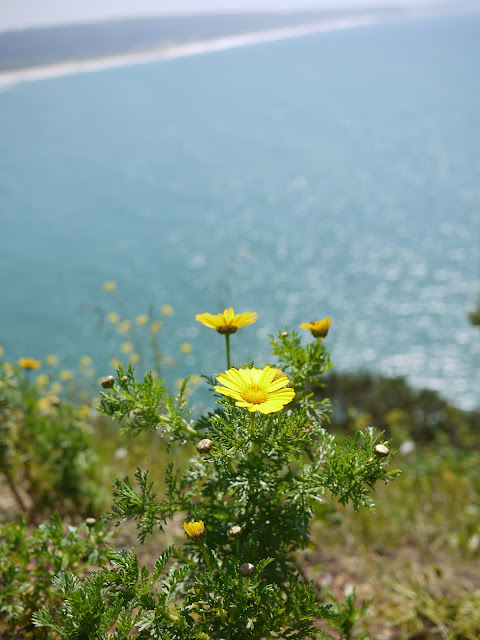 A funicular connects the neighborhood at the top of the cliff, Sitio, with Nazare below. 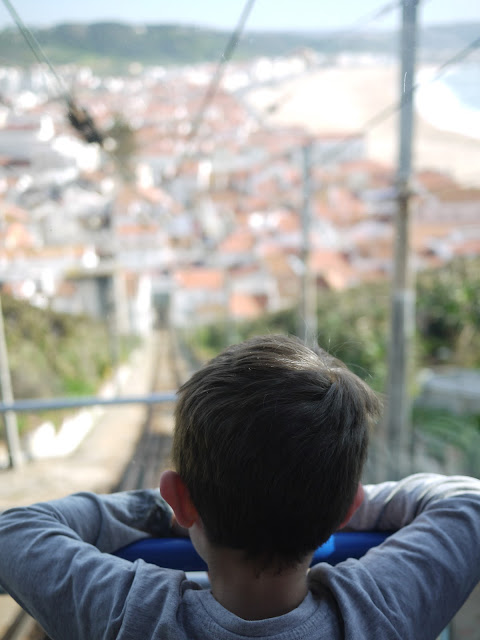 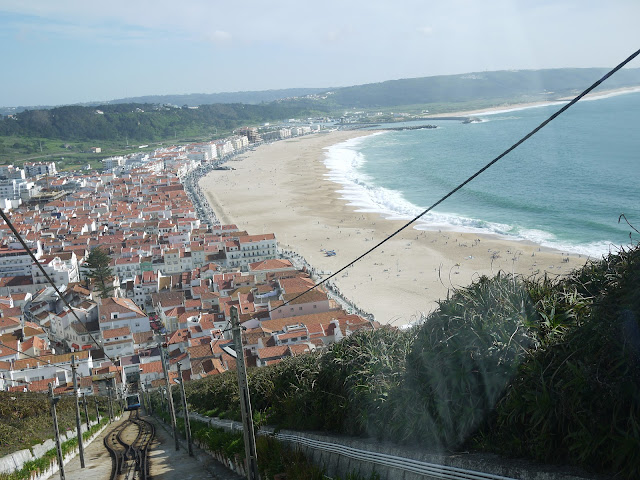 Today fishermen's wives still wear the traditional costume of multiple petticoats. Waiting for their husbands to return from the sea, they would wrap themselves in the layered skirts to keep warm. 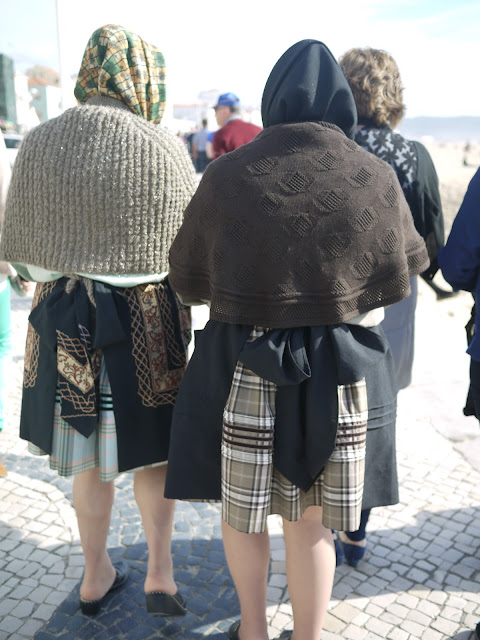 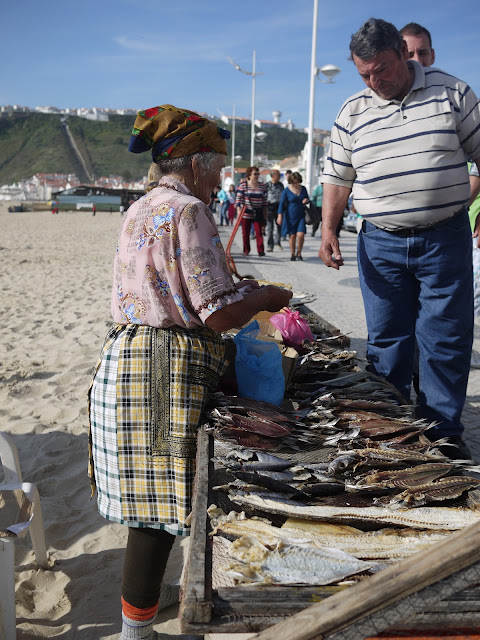 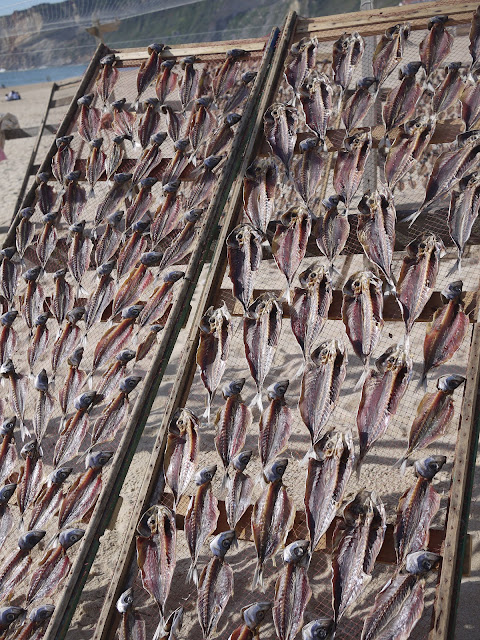 and kids play on the fishing boats 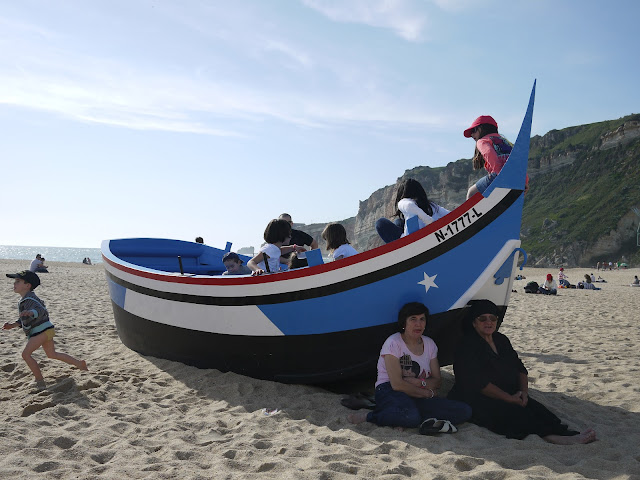 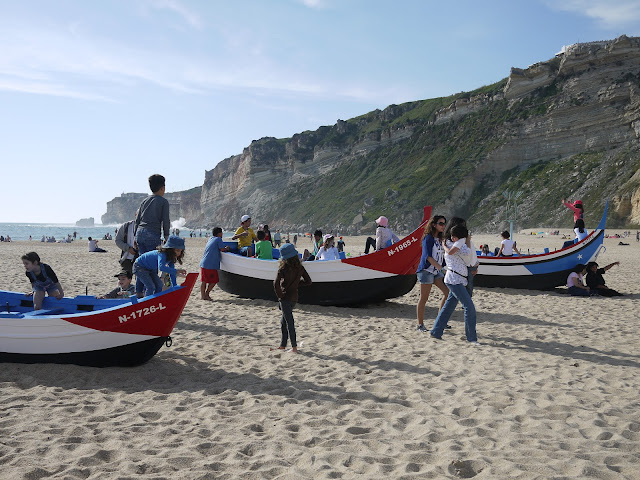 while the goddesses of Nazare wait for their husbands to sail back through the dangerous waters of the Atlantic. 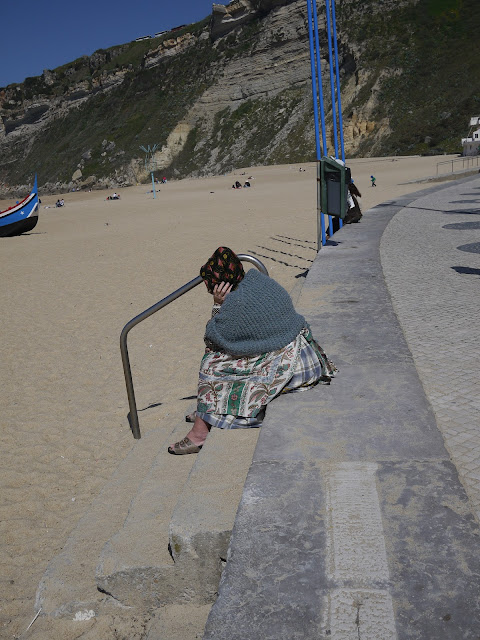