Letters from the Underworld: The Cursed Island of Lokrum 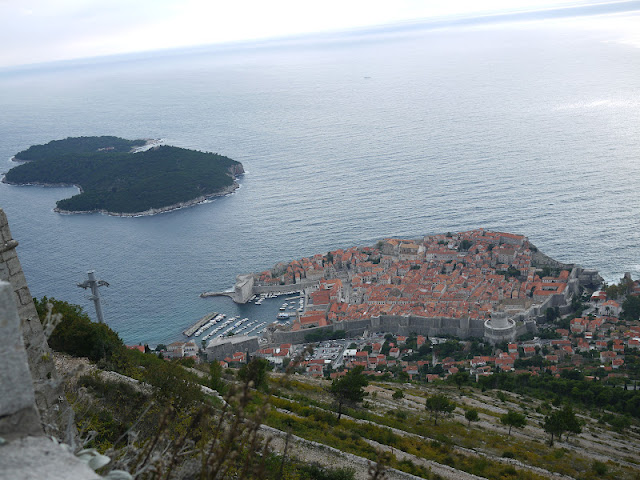 It was a few days before Halloween. My husband and I had just arrived in Dubrovnic, an historic, walled city on the coast of Croatia. Strolling down the ancient cobblestone walkways on our way to dinner, we admired the flickering torches that stood outside of each restaurant, their flames lighting up the night sky. Choosing a place not far from the harbor, we took a seat by the door where we could feel the evening air wafting in off the sea. As we checked over the menu, we asked our waitress if she had any recommendations for excursions the next day. Like the small, wooded island we had noticed just off the coast.

She set our water glasses on the table and leaned in. That's Lokrum, she told us, then added in hushed tones: legend says that it is cursed.

Many years ago there was a monastery on that island, she said. In 1023 Dubrovnic burned in a fire, and the inhabitants made a vow to St. Benedict to build a monastery in his name if the city was spared. When the fire extinguished almost immediately, the grateful citizens built a monastery and church on the island. But when a French army general ordered the monastery to be closed, that's when the legend of the curse began, she went on. 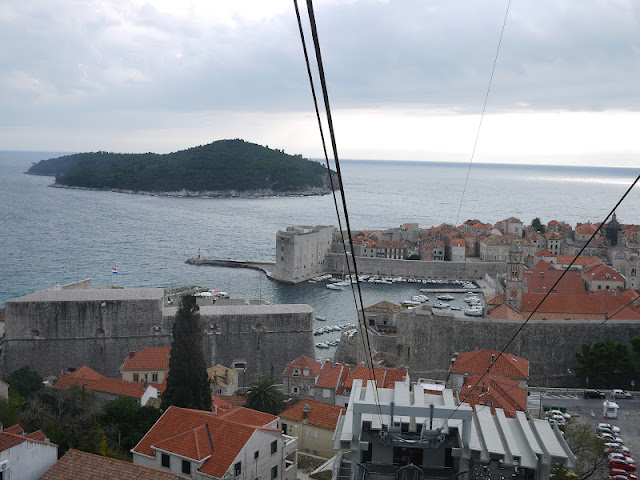 The local aristocratic families were forced to tell the monks they had to leave their beloved island. The monks did everything in their power to stay, but when all else failed, they served one last Mass and then proceeded to don their hooded cloaks. 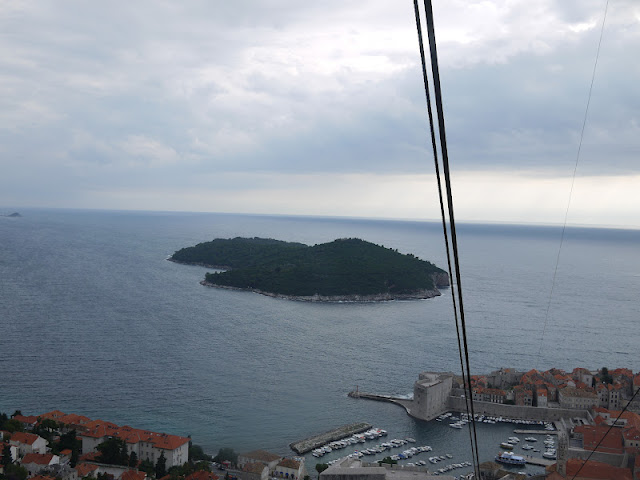 Setting out in small boats, they circumnavigated the island single file three times, which took all night. Holding lit candles out above the water, they turned the candles upside down, leaving a trail of wax and chanted the words of a curse:

Whosoever claims Lokrum for his own personal pleasure shall be damned!"

We later learned that the curse immediately began to take effect. One of the Dubrovnic aristocrats was said to jump out a window, another drowned in the sea on the way to Lokrum and a third was killed by a servant. 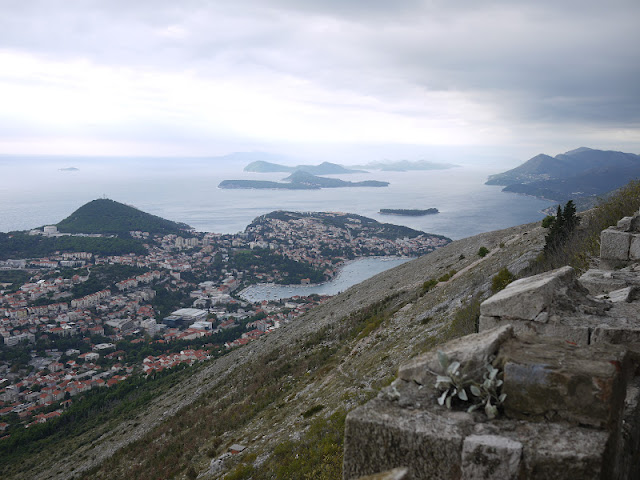 Today, perhaps in fear of the monks' curse - warning away anyone who might claim the island as their own - no one lives on Lokrum. Yet during daylight hours only, visitors can take a small boat from Dubrovnic harbor and stroll around the ruins of the monastery as well as a botanical garden with 500 different species of exotic plants. While many today don't believe in the curse, the locals still tell tales of people who have gone to the island at night and have never come back, and fishermen whose boats have disappeared.

On our trip, this is as close as we got to the island. 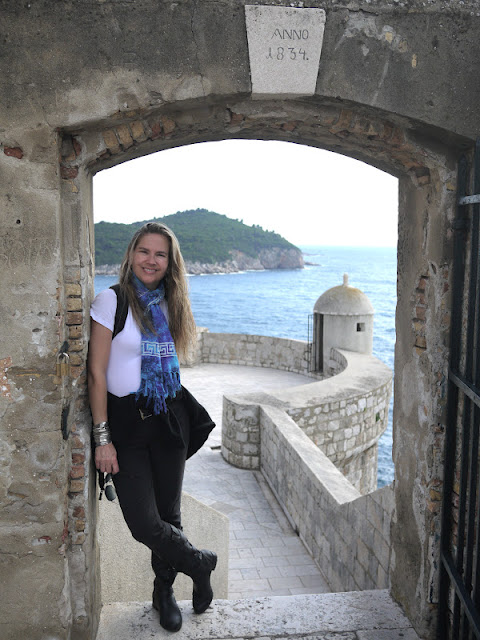 Dubrovnic is a place of ghosts, both ancient and modern. Every corner you turn there is mystery, so it is only fitting that our visit coincided with Halloween, or Samhain; the time of year when the veil between the living and the dead is thinner. In a city that has suffered so much both in ancient and modern times, let's hope that this lush and beautiful island with a tragic history has earned a well deserved measure of peace. 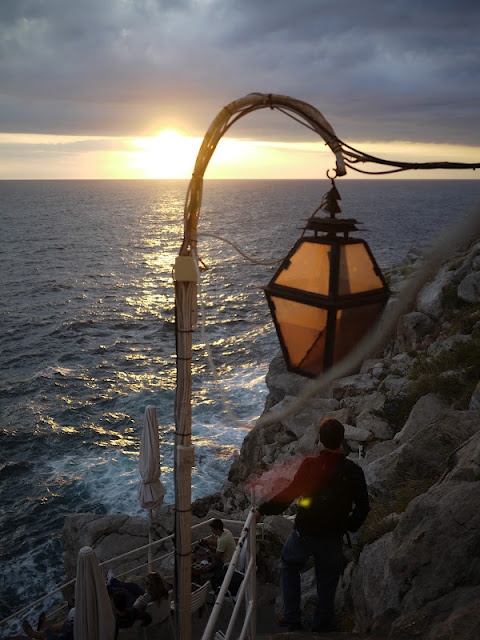