Goddesses in the Dirt: Saint Lucia and the Festival of Lights 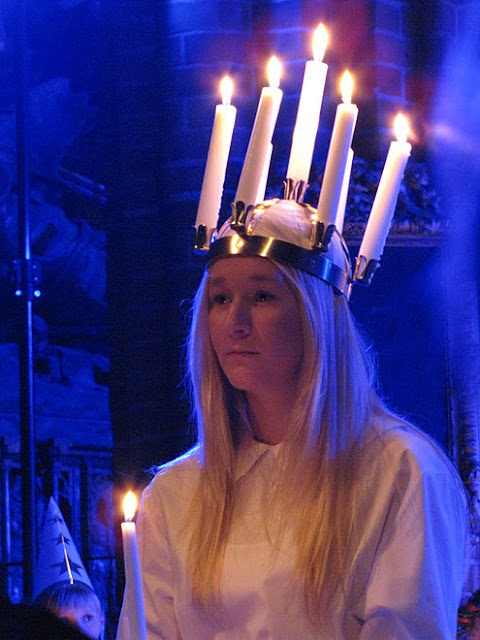 Issue #24: Saint Lucia and the Festival of Lights
I'm not sure how the patron saint of a town in Sicily became the focus of a major holiday throughout Scandinavia, but that is the strange story of St. Lucia - and it just gets stranger.
St. Lucia - or Saint Lucy as she is called in some parts of the world - is the patron saint of Syracuse, Sicily, where she was born. Seeking help for her mother's illness, an angel appeared to her in a dream. As a result, Lucy became a devout Christian and refused to marry. Her would be husband reported her to the Romans, who tried - with the help of a thousand men and fifty oxen - to drag her to a brothel. Not budging, they then attempted to set her on fire, but she wouldn't burn. In different versions of her story, a soldier impaled her throat with a sword, and another poked her eyes out with a fork. It seems there is no end to the ways women were prevented from seeing and speaking their truths throughout history.
At some point during the period of christianization, her tradition was grated onto a pre-existing Scandinavian festival of Lussiferda - in which witches are believed to take to the sky and make mischief on the night of the solstice. Between Lussi night, as it was also called, and the Yule festival, trolls and evil spirits were active and Lussis were thought to swoop down chimneys and grab children who had been mischievous. Interesting how the name recalls Lucifer, linking her to both elements of darkness and light.
Her feast day is celebrated on December 13, which was the shortest night of the year in the Julian calendar, ultimately adjusted to December 21 in the Gregorian calendar to coincide with the pre-Christian winter festivals. As her name means 'light' she represents - as many festivals at this time of year with long winter nights - the rebirth of light and growth for humankind as she emerges out of darkness. In Sweden, Norway, Finland and Denmark, a young girl is chosen on this day to portray Lucia and wear the white gown and crown of burning candles on her head. 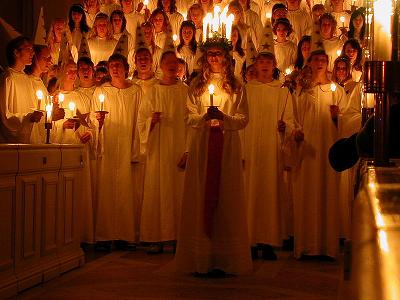 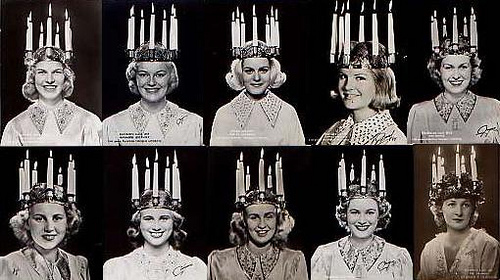 The birth of light during the darkest time of the year is an ancient theme. The Christmas story is probably the most well known of this archetype, as well as the Jewish tradition of Hanukkah.


Every year at this time our neighborhood celebrates by lighting hundreds of luminaria candles along the streets in front of our houses. Naturally, I was so completely enthralled this year when taking a walk to see all the candles plus a near full moon overhead that I neglected to remember my camera. However I found this wonderful photo of a luminaria display with a full moon overhead for you to enjoy. 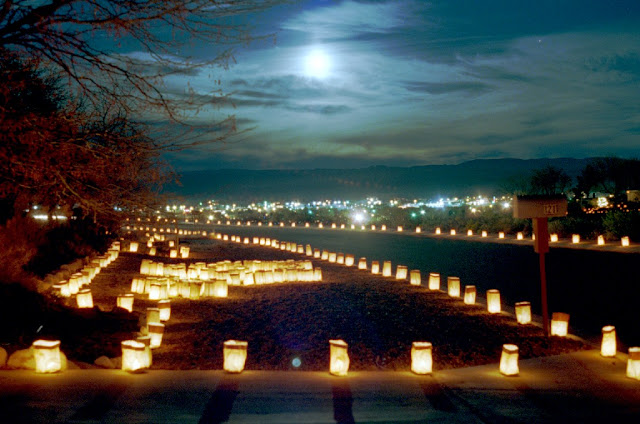 During the holidays I take no prisoners when it comes to twinkle lights. I drape them everywhere - on the bannister of the stairs 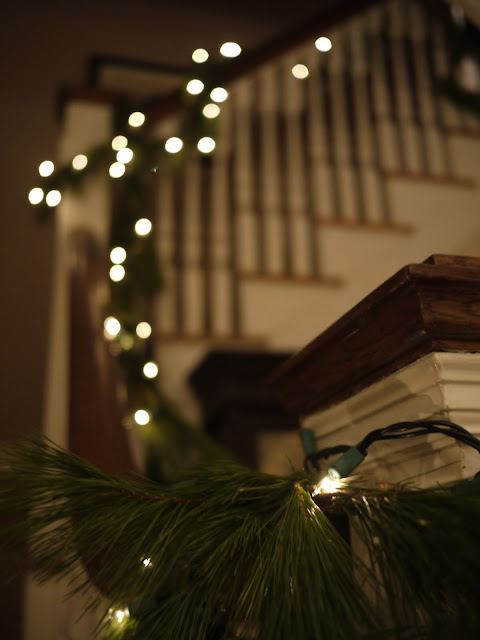 to the bust of Sylvia Puppo, who resides on our fireplace mantel. She is the self portrait of a sculptor whose home my parents bought. She left her portrait behind, and when my mother died and my dad moved away, I took her with me and now she watches over our home. I guess you could call her my very own St. Lucia. 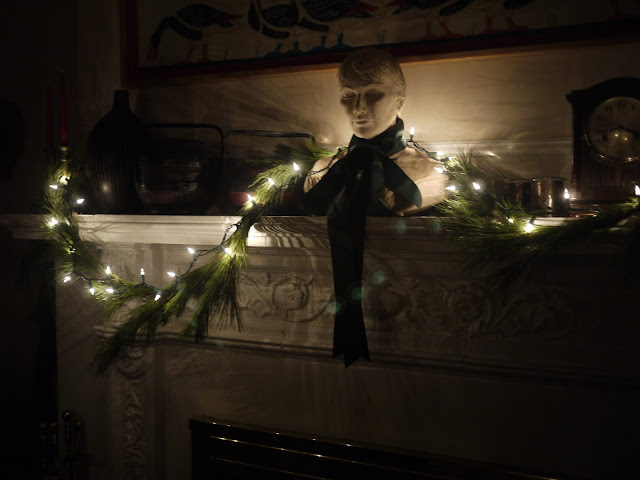 St. Lucia's motto is "Ex Tenebris Lux" - Out of Darkness, Light.
Blessings to you all for a very Happy Holidays
Bottom two photos by author, remaining photos from Lucernarium, Flickr, touchofeurope and Cathy Bjork.
Email Post
Labels: Goddesses in the Dirt