what do archaeologists do.....
when they're not getting tied up 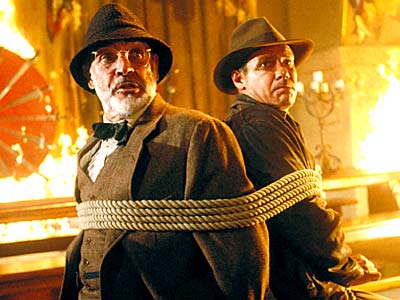 being chased by huge boulders 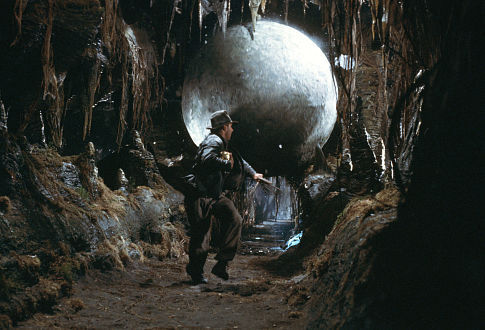 or cracking their bullwhips? 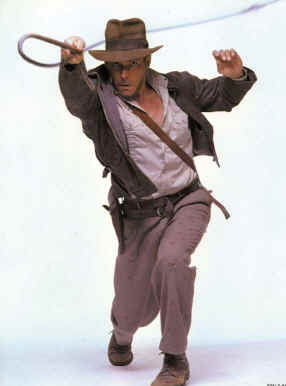 good question!
we ordinary non-cinematic archaeology types do more mundane things.....
like take samples of dirt from each locus 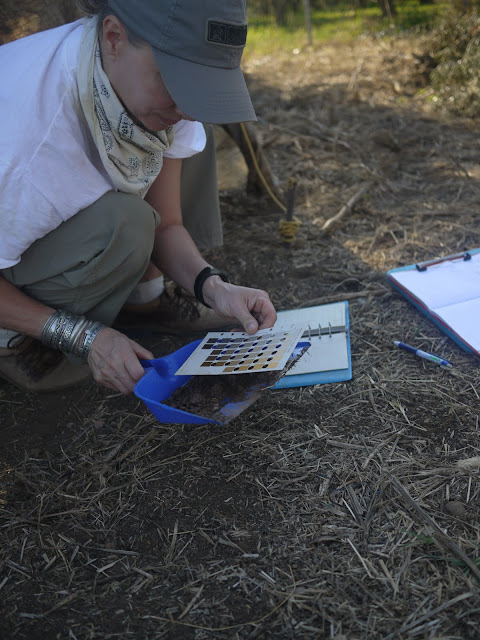 and record it using a munsell soil chart 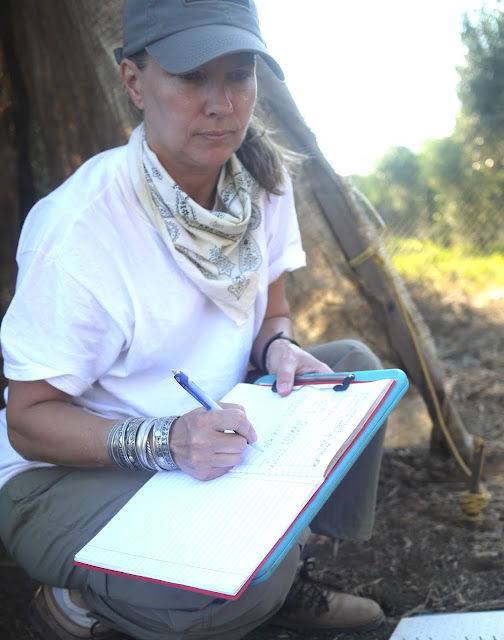 if we find a large object broken into numerous pieces, such as this storage jar - called a pithos - we number the pieces before excavating it so the folks in the lab will have an easier time piecing it together. 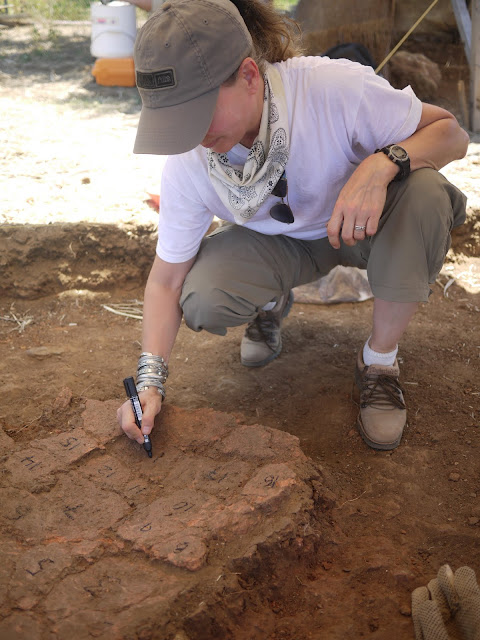 we take photographs of any major find, as well as photos of each trench at day's end (and hope to goddess we don't fall off the ladder when we have to stand at the very top and the wind is blowing - this is as close to indy's level of action as i get) 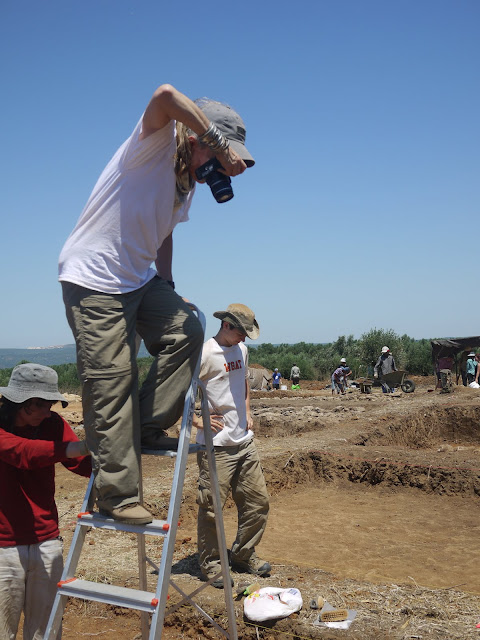 we record everything that is going on in the trench - we make sketches of every find and locus (distinct areas within the trench) as well as record soil samples. we also keep lists of everything that is bagged, including pottery, soil, bone and shell, botanical remains, charcoal, changes in the soil color, composition, and if we're lucky, note any architectural features 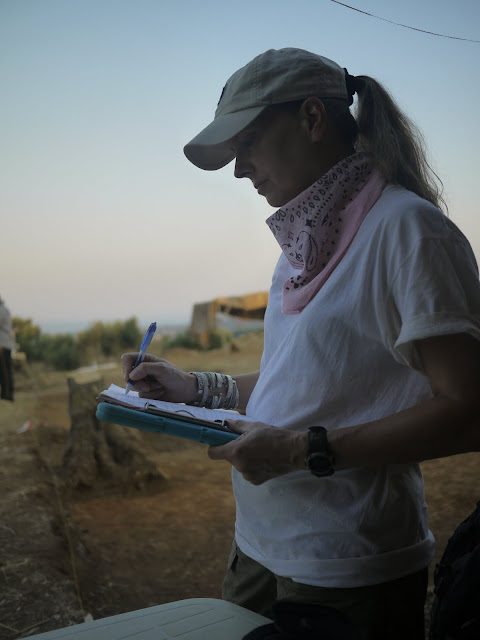 pottery and most other finds get bagged in plastic and tagged with those shown below, but fresco and other plaster as well as special finds (intact pots, coins, figurines, etc.) each get stored in a foil tin. 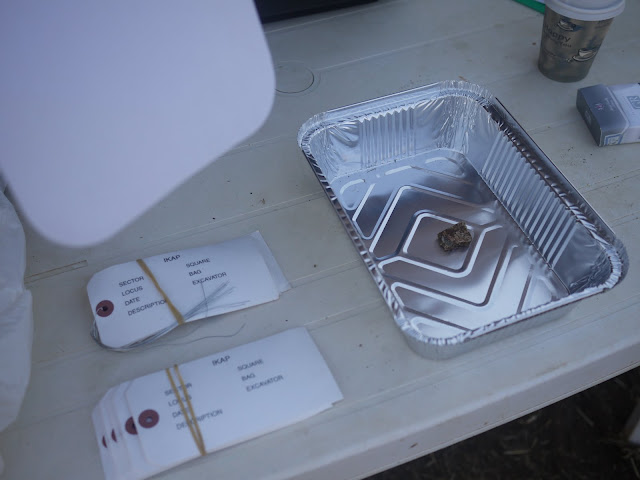 whenever a locus is opened and closed, and for every significant find, an elevation reading is done, using the stadia rod and target (shown below) 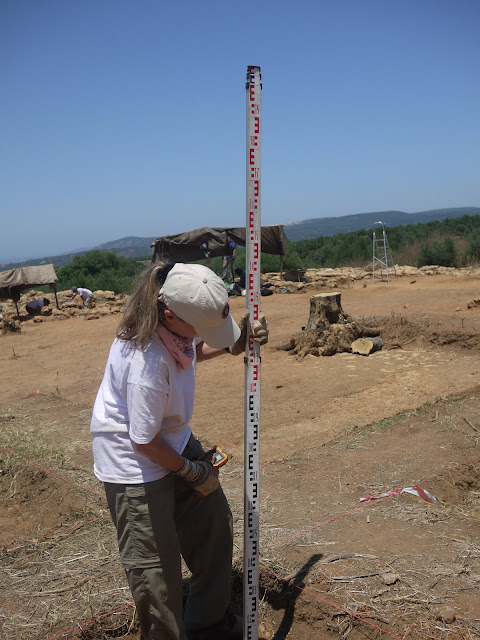 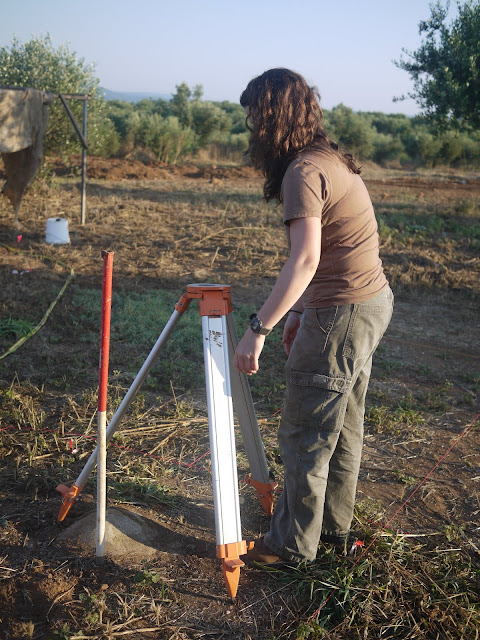 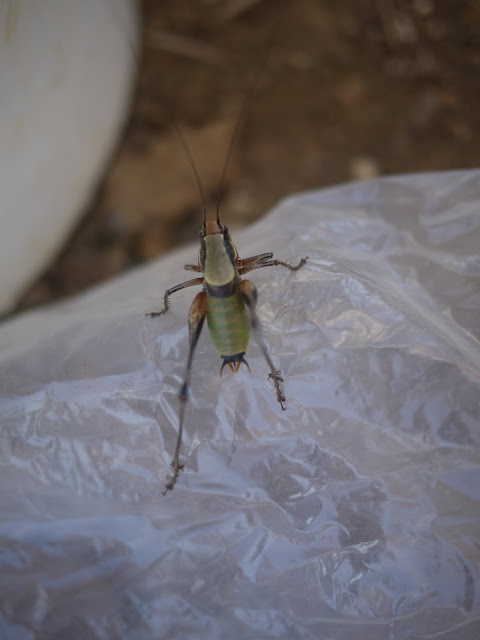 or objects we find, such as this base of a stemmed cup 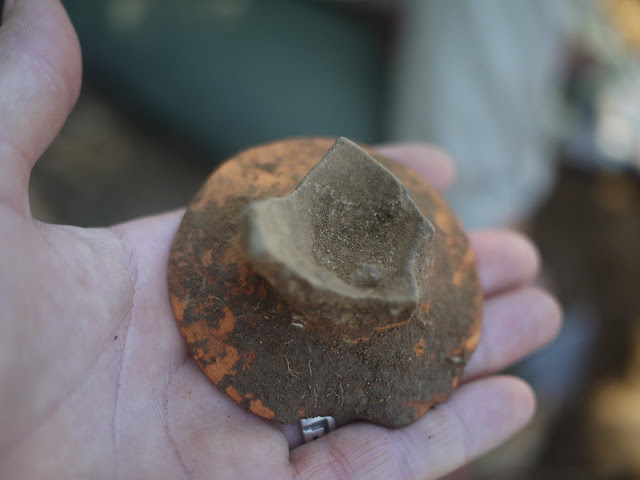 intact bowls which we hope to excavate.........intact 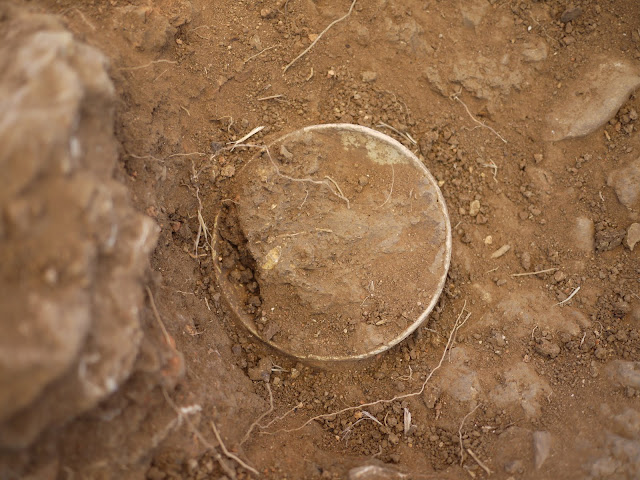 or of our team having fun 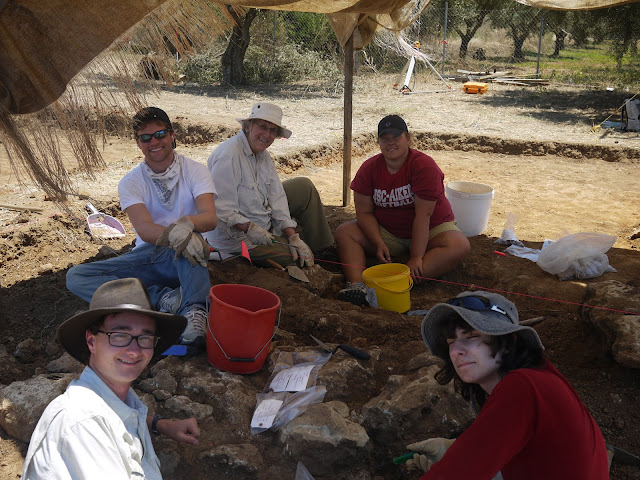 we take time during the day to consult with the boss 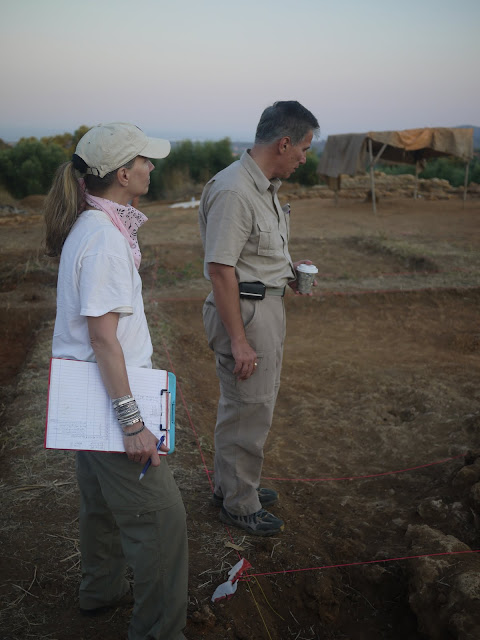 or work in the 'office'
(do you like what i've done with the place?) 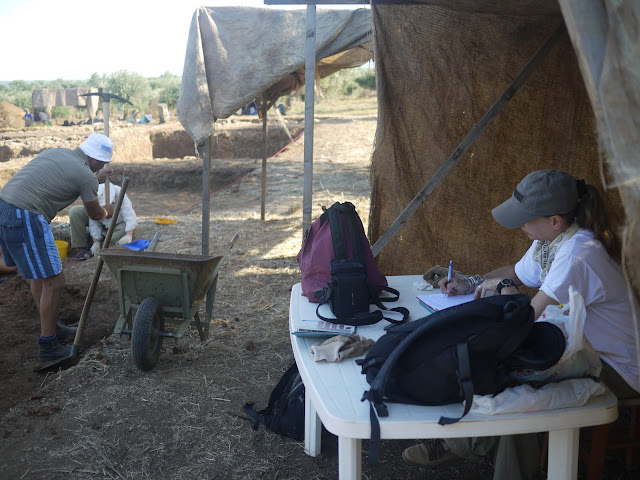 so while the life of an ordinary archaeologist is not as dramatic as indy's, we have as much excitement as we can handle!
the dig wound up several weeks ago, but it's been a busy summer and i'm just getting around to posting about it. because we have uncovered so many artifacts, including major architecture, it is important to take time off to publish the finds. as such, next year is a study season, and digging will resume once that is completed.
until then, my work shoes (and bullwhip ;-) are on vacation..... 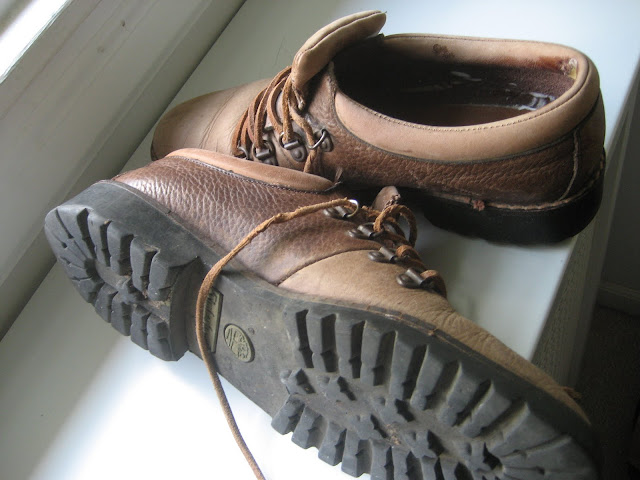