Goddesses in the Dirt: Everything But the Kitchen Sink 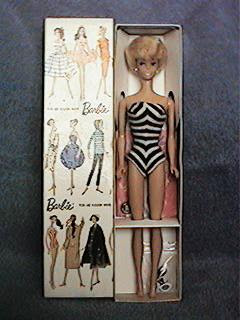 As Monty Python says: And now for something completely different.
Every other Monday I publish a new article in the series: Goddesses in the Dirt: Unearthing the Divine Feminine, One Archetype at a Time. For this week my Goddess story comes in the form of an entry to a short fiction contest sponsored by The Tenth Daughter of Memory. The muse for this contest is: "A Better Ending."
A note to my readers: Even though I normally document my above world journeys, archaeological and otherwise — I agree with Persephone that the most mysterious journey of all is heading into the Underworld.......and excavating one's voice.
Thank you for reading Travels with Persephone. And for those of you who comment, I deeply appreciate your words.
Goddesses in the Dirt: Issue #15 - Everything But the Kitchen Sink


Genelle lifted the lid off the tupperware container. The smell was so bad that she dropped it and stepped back, away from the granite countertop. She stood for a moment, then placed her hands on the cold, gleaming surface and steadied herself. It was real granite, alright. Black, finely veined with blue - a sort of Tiffany box blue, a color not known to nature.


"It'll go perfectly with the cherry cabinets," Craig had said the day they went to Home Expo to pick it out. "Hand made by the Amish."


She remembers laughing to herself. How ridiculous. Here she was, thinking about how she was going to tell her friends that the cabinets in her new kitchen were made by a Luddite with a fuzzy beard who wore a straw hat and rode a horse and buggy. Did that make the cabinets more precious, more........desirable? What funny things we felt we needed to do to impress people.


She started to shut the lid on the 5 day old lasagna then thought better of it and dumped the contents into the sink. She leaned over and wiped the bowl, flushing the remains down the garbage disposal. Placing the retractable faucet back into its housing she recalled the argument she had had with her husband.


"I need a double sink Craig," she had said as they stood side by side, staring at an Everest of stainless steel mounted to the wall of the showroom. "I've always had a double sink."


She couldn't imagine it any other way. She had become used to balancing the dirty pan on the bridge between the main bowl and the smaller garbage disposal side. Tip the pan and the sludge just slid off into the disposal. Easy. Why change now?


"A single bowl makes more sense when you think about it," he replied. "Just one big size fits all your pans." He ran his hand across the lip of the bowl, bolted to the wall like a trophy head. "No tipping necessary."


"But I like tipping," she said. The store made her feel as if she was trapped in a box canyon, her voice echoing and reverberating off endless walls of tile, fabric, and plate nickel, disappearing somewhere in the appliance section.


"Honey, I've read a lot about this type of sink," he went on. "Consumer Reports states that it's the best one to buy. It's made out of this amazing material - it's sort of a fusion between silicon and granite."


"I don't give a shit if it's made out of Kryptonite!" Her voice was growing louder. She noticed people turning around, looking at her. "I want a double sink. This company doesn't make double sinks."


"But this one is big enough to hold all your pots - you don't need a double sink!"


She felt a burning sensation around her neck, heat shooting into her face.


"What the hell do you know about sinks, Craig? You don't cook. I cook - I'm the one who's operating in this space. What makes you think you can choose what kind of sink I use?"


She felt her underarms getting wet, her blouse sticking to her back. She knew it didn't matter. Why did it matter? Why did she need to win this argument? They were installing a new kitchen for God's sake. That's all it was. A kitchen. It was not the Battle of Bull Run. She looked down at the floor. It was that linoleum that Home Expo specialized in. Black and white tiles, made to look like you were in the loggia of the White House.


"I just want a double sink. Stainless steel. It's what I've always had before and I want to continue having it."


"Fuck Consumer Reports. Why is it you have to reverse engineer every decision we make in our lives? Even going to the movies — you can't just pick up and go see something on a whim. It has to be given a stellar review by A.O. Scott in the New York Times. Otherwise it doesn't have the Craig stamp of approval."


"Honey, don't you think you're getting just a little out of kilter over this? I mean, it's just a sink."


She looked around. The store was like a huge, suffocating barn, filled with everything a modern couple needed: fake Oriental rugs, about 5000 hideous light fixtures, endless rows of toilets sitting like thrones in individual fake bathrooms. Some of them black. Who the hell needed a crapper that looked like modern art? I mean, you sit on it and shit on it.


Craig made that un-huh sound he always did when he was losing interest in the conversation and started to move away. She watched him, his back silhouetted against the faux alabaster sconces in the lighting section. The Casablanca ceiling fans caught her attention, the whup whupping sound was suddenly deafening, dopplering off the canyon walls. Hovering just above his head, the propellers seemed poised to decapitate.


On Sunday nights, when she was a little girl, she used to watch the plate spinner at the end of the Ed Sullivan show. Sitting on the worn leather ottoman, transfixed by the man racing from pole to pole, the rods swaying under the pressure, keeping those white china plates revolving like so many neutrons in orbit, she held a Barbie doll in her lap. She had saved up enough nickels from her allowance to go to Ben Frankin's Five and Dime to purchase her own Barbie. But the only one left on the shelf was not the blond ponytailed one with the black and white striped swimsuit that she had wanted - it was the one with a short haircut. Bubbly hair that was coarse to the touch. Couldn't be combed. She never knew she had a choice. Or to wait for the one she wanted. She just remembered handing over that box of tinkling silver nickels, heavy in her hand, and settling for what was left on the shelf.


With no blond ponytail to style, the only fun thing to do with this Barbie was to remove and replace its earrings: tiny pearls at the end of spears impaling its head. Eventually the head came off the neck, leaving a stub of ugly flesh protruding from square shoulders, swiveling arms and breasts that were probably like the sonovabitch lawyer's wife.......or mistress. Perky. Plastic.


"But it will dent." Craig reached up on the shelf to replace a sample faucet head. "And once that happens, you will have to live with the damage."


She felt herself getting lightheaded. The furniture section was just across the White House loggia tiles. She sat down on a fake leather club chair; the material crunched under her thighs. She watched as Craig moved further down the aisle, pulling out faucets and retracting them, battling a phalanx of silver snakes, until he disappeared around the corner.


"Yes, I will have to live with the damage," she said under her breath.


Eventually the sink was installed. Along with the Craig/Consumer Reports approved Finnish faucet. Over time it contained charred cookie sheets. Grill pans that had to soak overnight to remove sticky, burnt-on residue. And dishes from the firm dinners she hosted, her stomach leaning against the Kryptonite lip, watching uneaten dregs of Cherries Jubilee spin down the disposal in a bloody mass, drowning out the drunken voices from the dining room.


The sink was even deep enough, as Craig had promised, to hold a roaster after Thanksgiving dinner. She learned to scrape off the food without balancing the pan on the bridge between the sinks. She learned, over time, not to miss it. She could never tell if this one had actually been better, she just knew it was another ending in life that she had settled for. But she prided herself in learning to make do with what she was given. She had learned to balance in another way. Like plates, perched on top of poles, spinning and always about to fall.