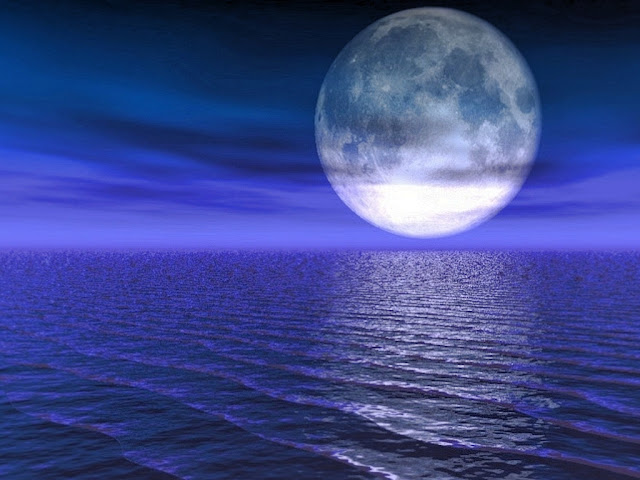 i know the term blue moon refers to two full moons in a calendar month. it doesn't happen often.

but what also doesn't happen often is what is happening tomorrow. called a lunar perigee, on saturday, march 19th the full moon event will coincide with the closest the moon has been to earth in 18 years, making the orb appear 15% larger and 30% brighter than it does normally.


i love moon facts, and this one is particularly cool - as a cancerian, i am ruled by the moon and am fascinated by everything about this swift moving orb.


so if you have clear skies on saturday, take a moment to go outside and bathe yourself in the light of this once in a blue moon....it isn't set to happen again until 2029.


(and if you have an extra moment to consider the power of the moon's gravitational pull on earth - take a look at these two articles, one written on March 1st and the other on March 10th, just prior to the Japan earthquake.)

Coming up later this month (March 19 to be exact) the moon will make its closest approach to Earth (called lunar perigee) in 18 years. A new or full moon at 90% or greater of its closest perigee to Earth has been named a "SuperMoon" by astrologer Richard Nolle. This term has been recently picked up by astronomers. An extreme "SuperMoon" is when the moon is full or new as well as at its 100% greater mean perigee (closest) distance to earth. By this definition, last month's full moon, this month's and next month's will all be extreme "SuperMoons".
Please visit Richard's website by clicking here.
I have read several "new age" forecasts that go something like this: "Extreme SuperMoon this month (March 2011) will bring strong earthquakes and storms and/or unusual climate patterns." Google the term 'extreme SuperMoon March 2011' and see for yourself what comes up. The validity of these types of forecasts can be debated ad nauseum.
There were SuperMoons in 1955, 1974, 1992 and 2005. These years had their share of extreme weather and other natural events. Is the Super Moon and these natural occurences a coincidence? Some would say yes; some would say no. I'm not here to pick sides and say I'm a believer or non-believer in subjects like this, but as a scientist I know enough to ask questions and try to find answers.
We obviously know that there are scientific laws that say the moon affects the Earth (i.e. tides). There are also less proven theories that propose that the moon affects the Earth in other ways (i.e. abnormal behavior during a full moon). Can the Super (full) Moon contribute to extreme weather and other natural phenomenon?
AccuWeather Facebook fanpage member Daniel Vogler adds, "The last extreme super moon occurred was on January 10th, 2005, right around the time of the 9.0 Indonesia earthquake. That extreme super moon was a new moon. So be forewarned. Something BIG could happen on or around this date. (+/- 3 Days is my guess)"
So what can we expect this time? Earthquakes? Volcanic eruptions? I guess we can only wait and see. 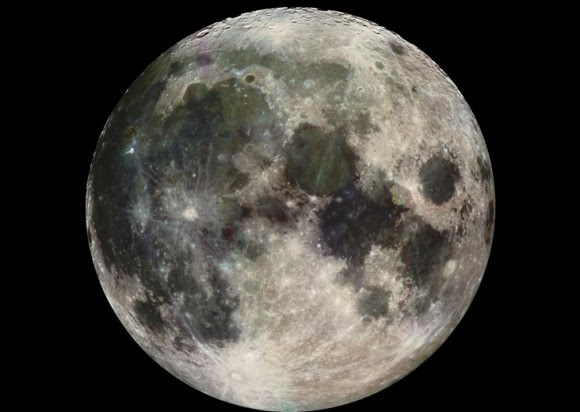 
I mean no disrespect for those who enjoy the study of astrology. Some of the greatest astronomers of the past were also astrologers. To practice either line requires a deep understanding of our solar system, its movements and the relationship to the celestial sphere. The only thing I have difficulty swallowing is how a perfectly normal function could wreak havoc on planet Earth. Does an astrological prediction of an upcoming “Extreme SuperMoon” spell impending disaster – or is it just one more attempt to excite our natural tendencies to love a good gloom and doom story? That’s what I set about to find out…
On March 19, 2011 the Moon will pass by Earth at a distance of 356,577 kilometers (221,567 miles) – the closest pass in 18 years . In my world, this is known as lunar perigee and a normal lunar perigee averaging a distance of 364,397 kilometers (226,425 miles) happens… well… like clockwork once every orbital period. According to astrologer, Richard Nolle, this month’s closer than average pass is called an Extreme SuperMoon. “SuperMoon is a word I coined in a 1979 article for Dell Publishing Company’s HOROSCOPE magazine, describing what is technically termed a perigee-syzygy; i.e. a new or full Moon (syzygy) which occurs with the Moon at or near (within 90% of) its closest approach to Earth (perigee) in a given orbit.” says Richard. “In short, Earth, Moon and Sun are all in a line, with Moon in its nearest approach to Earth.”
Opinions aside, it is a scientific fact when the Moon is at perigee there is more gravitational pull, creating higher tides or significant variations in high and low tides. In addition, the tidal effect of the Sun’s gravitational field increases the Moon’s orbital eccentricity when the orbit’s major axis is aligned with the Sun-Earth vector. Or, more specifically, when the Moon is full or new. We are all aware of Earth’s tidal bulges. The average tidal bulge closely follows the Moon in its orbit, and the Earth rotates under this tidal bulge in just over a day. However, the rotation drags the position of the tidal bulge ahead of the position directly under the Moon. It produces torque… But is it above average torque when the Moon is closer? It you ask a geologist, they’ll tell you no. If you ask an astronomer, they’ll tell you that just about any cataclysmic Earth event can be related to stars. But if you ask me, I’ll tell you that you should draw your own opinion. Even the American Meteorlogical Society states: “Tidal forces contribute to ocean currents, which moderate global temperatures by transporting heat energy toward the poles. It has been suggested that in addition to other factors, harmonic beat variations in tidal forcing may contribute to climate changes.”

Credit: Richard Nolle
“SuperMoons are noteworthy for their close association with extreme tidal forces working in what astrologers of old used to call the sublunary world: the atmosphere, crust and oceans of our home planet – including ourselves, of course. From extreme coastal tides to severe storms to powerful earthquakes and volcanic eruptions, the entire natural world surges and spasms under the sway of the SuperMoon alignment – within three days either way of the exact syzygy, as a general rule.” says Nolle. “Obviously it won’t be the case that all hell will break loose all over the world within a few days either side of the SuperMoons. For most of us, the geocosmic risk raised by SuperMoon alignments will pass with little notice in our immediate vicinity. This is a rather roomy planet, after all. But the fact remains that a SuperMoon is planetary in scale, being a special alignment of Earth, Sun and Moon. It’s likewise planetary in scope, in the sense that there’s no place on Earth not subject to the tidal force of the perigee-syzygy.”

If you take the time to really look at Nolle’s work, you’ll find that he does not believe earthquakes and volcanic eruptions go wandering all over the planet. They happen in predictable locations, like the infamous “Ring of Fire” around the Pacific plate. “If you’re in (or plan to be in) a place that’s subject to seismic upheaval during a SuperMoon stress window, it’s not hard to figure out that being prepared to the extent that you can is not a bad idea. Likewise, people on the coast should be prepared for extreme tidal surges. Severe storms on the other hand can strike just about anywhere, so it behooves us all to be ready for rough weather when a SuperMoon alignment forms.”
Does this mean I’m about to buy into astrology? Not hardly. But what I do believe in is respect for other’s work and opinions. It’s very obvious that Nolle has done his astronomy homework – as well as paying close attention to current political and social situations. “That said, there’s no harm in making sensible preparations for this year’s SuperMoons.” quips Richard. “The worst that can happen, if the worst doesn’t happen, is that you end up with a stock of fresh batteries and candles, some extra bottled water and canned goods, maybe a full tank of gas and an evacuation bag packed just in case. (The US Department of Homeland Security has a detailed evacuation kit inventory that, to quote them, “could mean the difference between life and death”.) And maybe you’ll think twice about being in transit and vulnerable to the weather hazards and delays that are so common during SuperMoon alignments. These are the kind of sensible precautions that can make a big difference if the worst does come to pass.”
What do I believe will happen during an Extreme SuperMoon? I think if we aren’t having two snowstorms followed by a nocturnal tornado and then chased down by a week of flooding in Ohio, that the March Worm Moon will appear to be about 30% brighter and about 15% larger than a “normal” full Moon. If I were an astrophotographer, I’d be getting out my camera (and hip waders) to do a few comparison shots with upcoming full Moons. But considering all things are equal?
I think I’ll just stay home.
Be sure to visit Richard Nolle’s page SuperMoon for more insight!