Goddesses in the Dirt

Unearthing the Divine Feminine, one archetype at a time..... 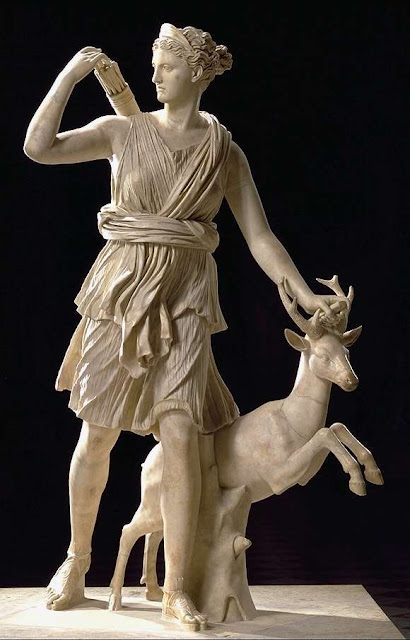 
A few years ago, I was drawn to visit a small island in the eastern Aegean with a strange history. Until recently, people didn't come here volitionally --- they were sent here. Since the Greek government opened a psychiatric hospital on this remote island decades ago, Leros has primarily been a destination for the insane. Occupied by the Italians during the war, Mussolini originally established it as a gulag, but in the intervening years the prison became a notorious asylum and depository for many of Greece's castoffs and socially undesirables. Only in the past fifteen years has the hospital undergone serious reforms due to pressure by the European Union.

What few people know is that Leros is the supposed birthplace of Artemis, goddess of the hunt.........and the moon. Those with a little Latin under their belt can tell you that moon comes from luna, the root of the word lunatic. Considering the island's modern legacy, one can't help but wonder at the coincidence.

Artemis has long been one of my favorite goddesses. Ever independent, she has a history of running away from men to live out her own life in the forest with only her canine companions at her feet. My trusty edition of Robert Graves' The Greek Myths tells us that Artemis was the daughter of Zeus and Leto, and the twin sister of Apollo. She is a virgin goddess, and as a huntress is often depicted carrying her trusty signature bow and quiver of silver arrows.

Artemis sometimes appears with a crescent moon on her head, such as this statue in the Vatican collection, indicating her association with the swift-moving satellite. 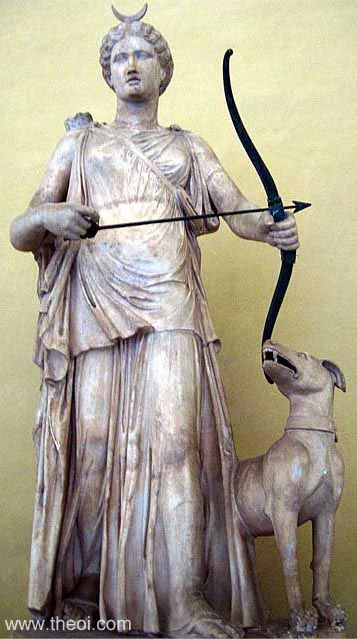 In later periods, she became associated with childbirth, as her mother gave birth to her without pain, and has appeared in such strange guises as this statue at Ephesus, depicting the goddess as an Earth Mother and protector of fertility. 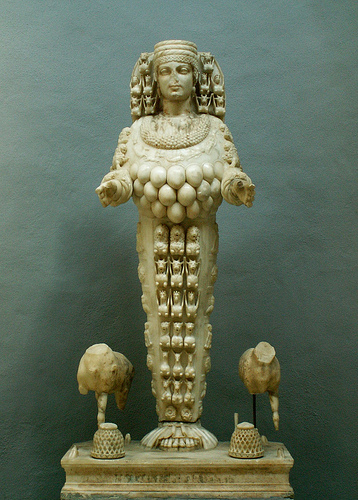 She is also known by her Roman name, Diana, as illustrated in this painting by Johannes Vermeer. 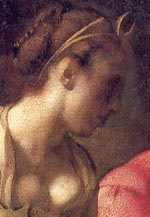 As a Cancerian, I identify with Artemis and her love of the moon. I believe her archetype speaks to that independent streak in us all, to be our own person, follow our own lights, to not depend on others to reinforce our sense of self, but to look within.


When I visited Leros a few years ago, I visited her temple. Not much is left except the foundation stones, sitting on top of a lonely plateau with views of the Aegean and the Turkish coast in the distance. 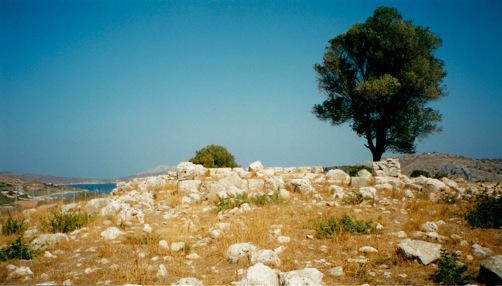 One of Artemis' notable aspects is as a protector of animals, specifically dogs. When I visited the island, I took with me photographs of my precious Airedale, Mia, and a friend's dog. While at the temple, I found a crack between the ancient stones and left the photographs along with an olive branch, to ask for Artemis' blessing and protection. 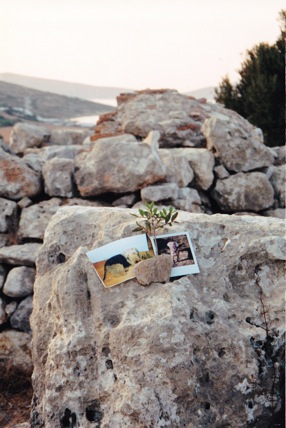 Other locations in Greece also claim to be the birthplace of Artemis; Ortygia, near the island of Delos, among them. Yet having had the fortune to visit during a full moon, something tells me this is the place.
Sitting alone at the temple one evening, I waited for the moon to rise over the water. Watched it climb ever higher into the sky, casting silver rays on the ancient stones, I could easily imagine Artemis in her sanctuary, testing her bow, throwing a few scraps to her dogs and tying her sandals before disappearing into the night. With its rolling hills, thickly forested landscape fit for a goddess of the hunt, and a modern legacy of an asylum - tying it forever to the emotional pull of the moon - it would be crazy to imagine anywhere besides Leros as her true home.
Some photos courtesy of Google images
Email Post
Labels: archaeology Artemis dog goddess Greece Leros