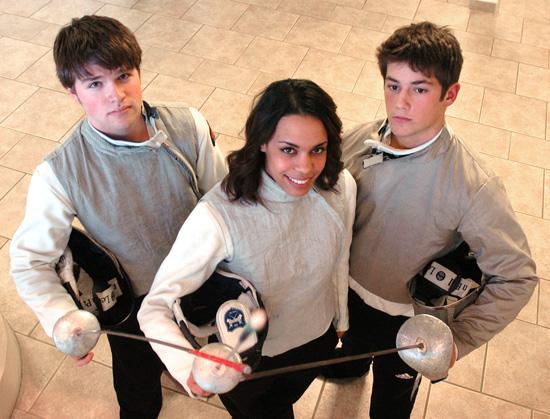 as a fencing mom, i've helped to cart my son's fencing equipment around the country for five years. he's fenced at  tournaments from sacramento to miami, chicago to memphis, atlanta to hartford. we've gotten strange looks from airport security in many cities and i've learned to answer questions like "what's in that bag? golf clubs? ski equipment?"


when it came time to look at colleges, we weren't sure he would want to keep fencing. even though he ended up choosing a school where he could continue with his sport,  i quickly realized my days of helping him schlep his 50 pound equipment bag were over.


last weekend, my husband and i drove across a few states to attend his first ncaa tournament (just beating the blizzard!), and it was quite a different experience for me. throughout middle and high school, my son and i traveled primarily alone to tournaments while dad held down the fort, and i got used to having him in the car with me, watching videos for long hours as we criss-crossed the states, or in a plane seat next to mine, doing his homework (or watching videos ;-) but now i was on my way to see him fence as a spectator. my role as active fencing mom had officially been retired.


college fencing is also a big change for my son. on the national fencing circuit it used to be he had to carry everything on his own shoulders in an individual event. 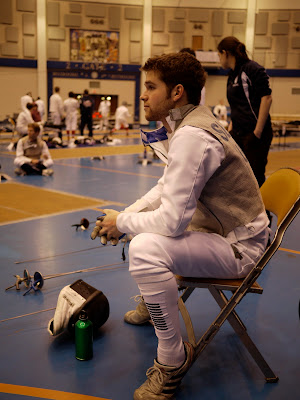 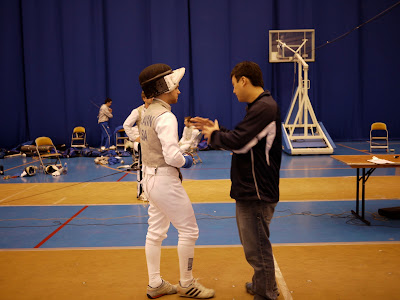 but now -- what a difference. college fencing is primarily a team event, so he has a lot of folks to lean on. 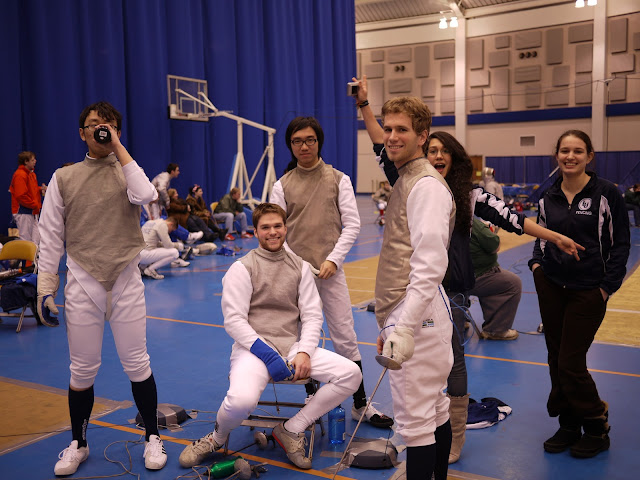 after a year away from competing, his dad and i really enjoyed watching him in action once again. 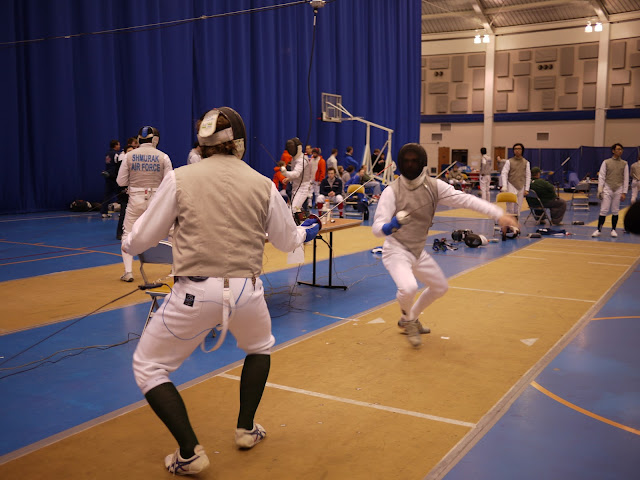 son (at right), making preparation for his attack. 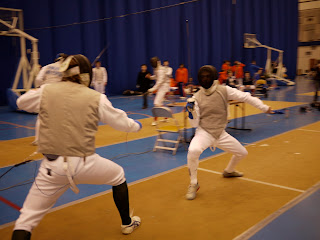 closing in on his target. 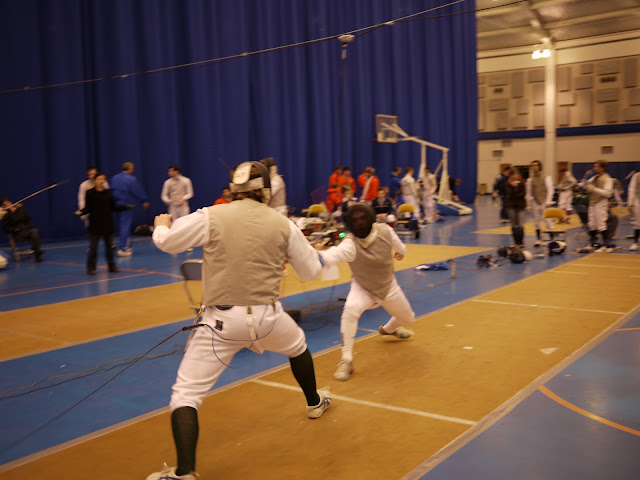 lunging and making the touch (signified by green light above his right shoulder.)
the top photo was taken his junior year in high school. a newspaper did a story on 3 local fencers who've earned national medals in their sport (he's on the left, appearing equally dubious about the foto op as is the young man on the right). i'm proud of him - so thanks for indulging me another mommy moment.

i do miss my boy. but i don't miss lugging my share of fencing equipment. now i just have to figure out how to substitute heavier weights in my weekly workout ;-)
Email Post
Labels: fencing son