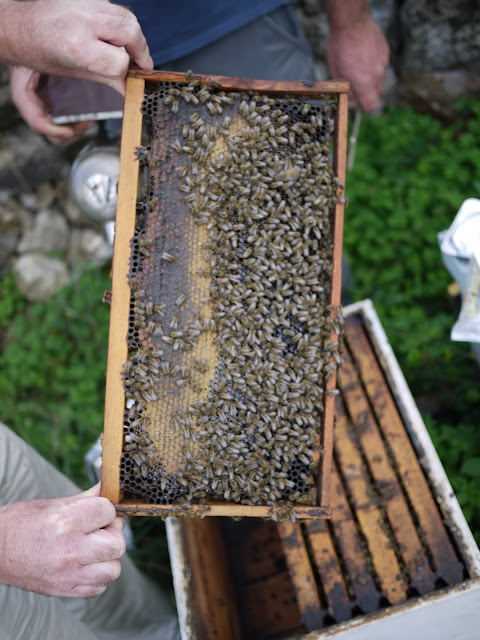 one of the last things i expected to do when i came to greece was this..... 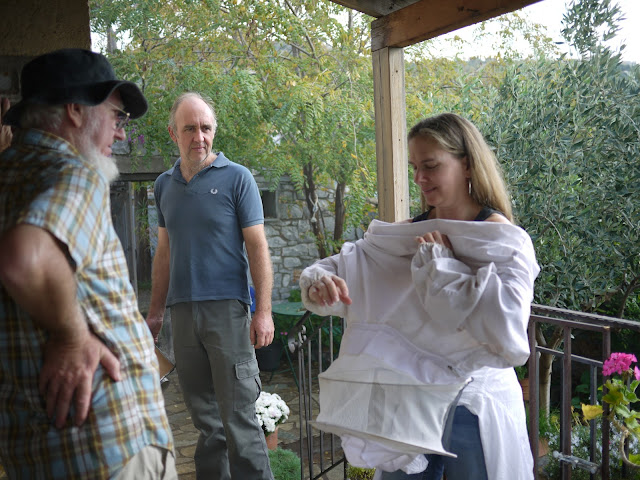 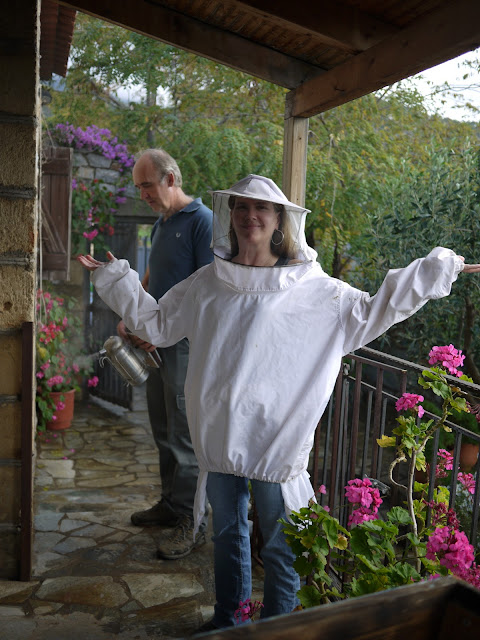 this adorable couple of english expats, john phipps - a beekeeper - and his wife, val, invited deb and me down to their place 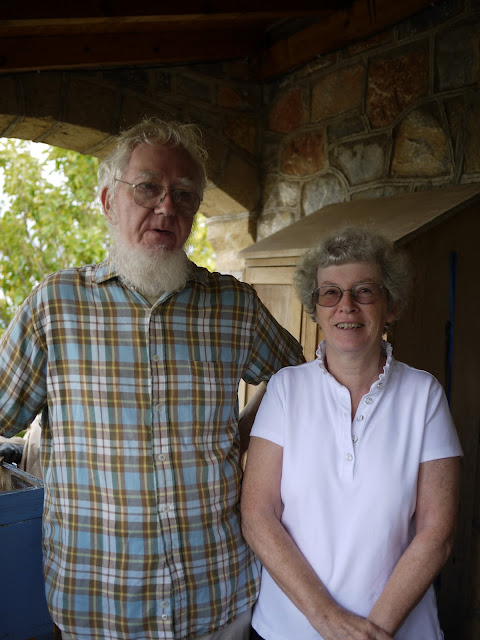 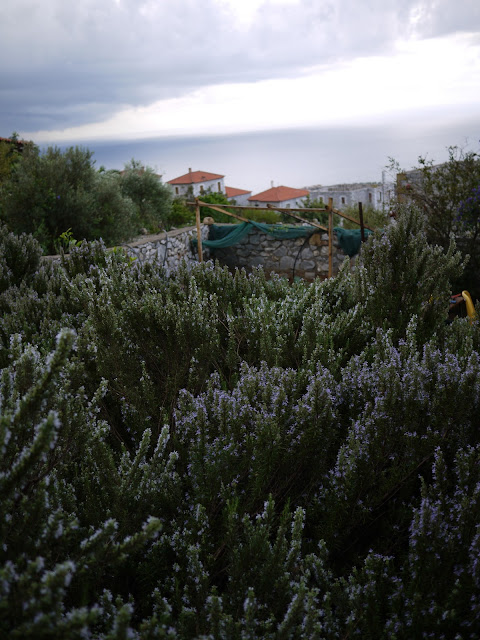 val served us fresh welsh cakes hot off the griddle 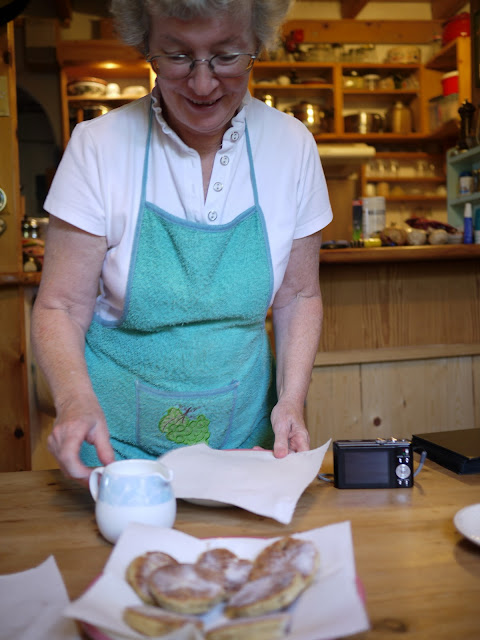 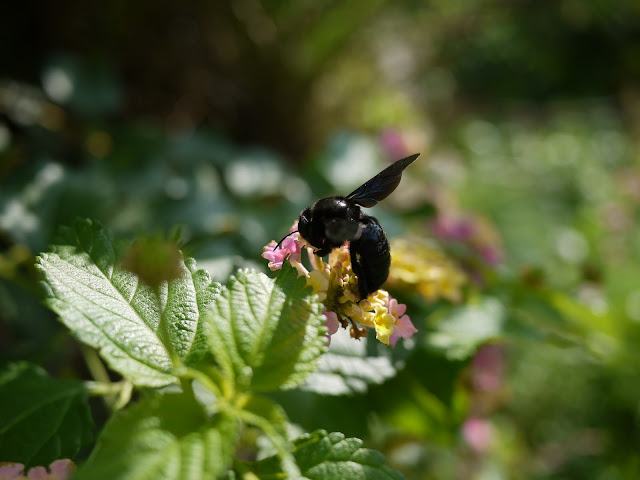 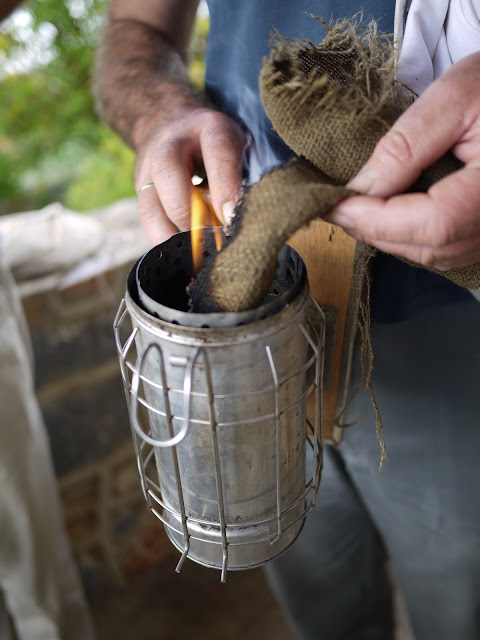 while deb suited up, too, and tried to figure out how to operate her camera underneath the shroud 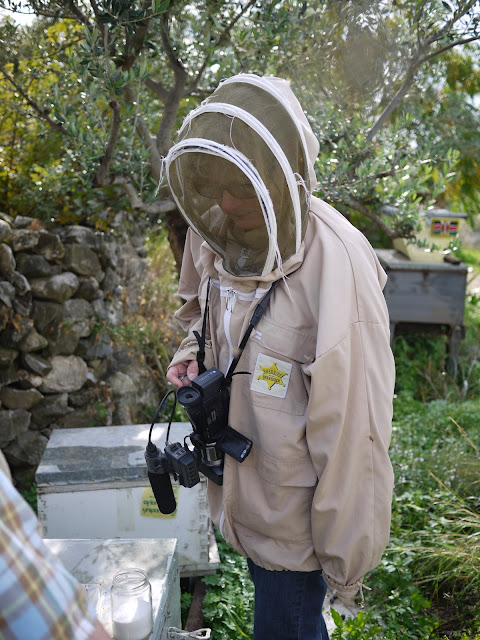 socrates starts to smoke the hive 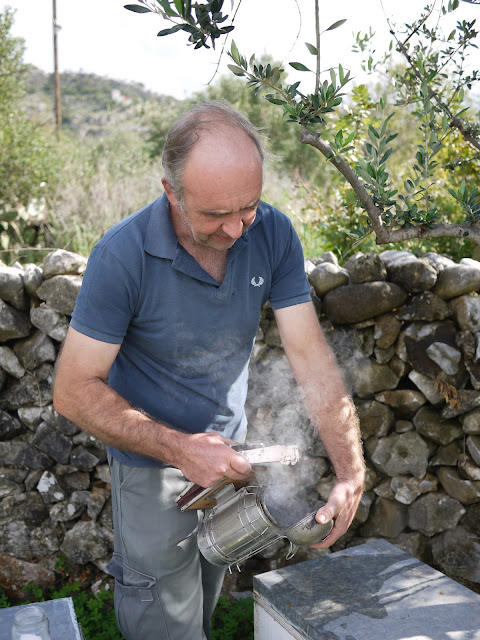 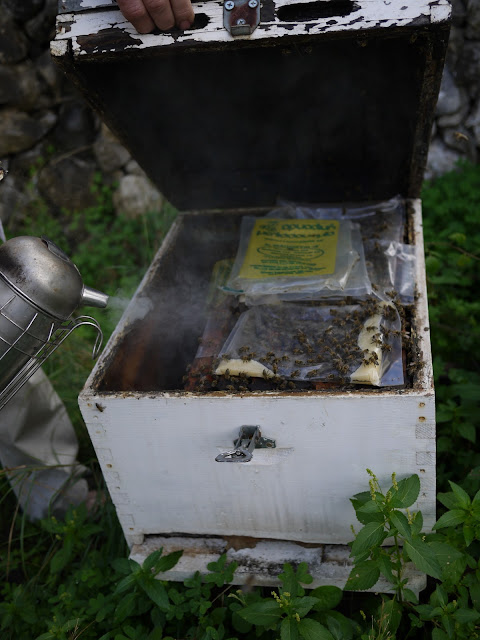 which makes the bees swarm, allowing an opportunity for john to show us the comb (bare hands and all!) 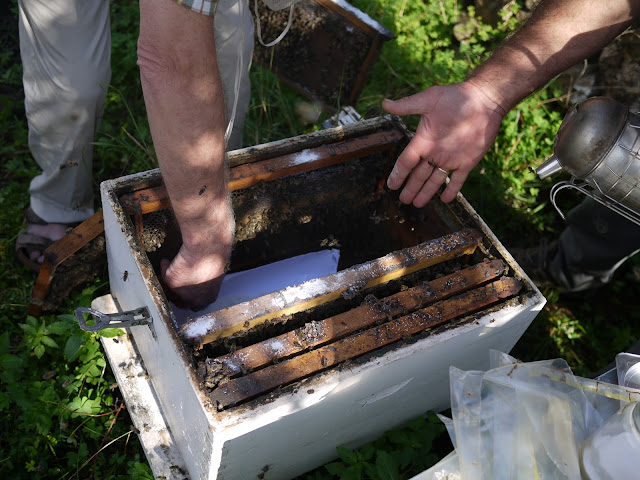 more mesmerized than wary, i watch as john lifts out one of the trays 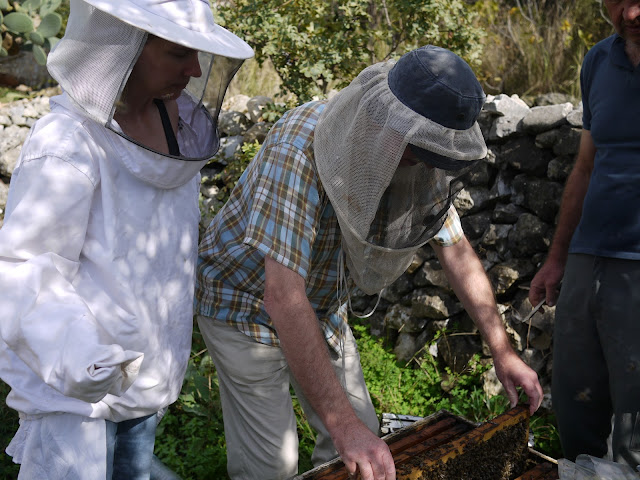 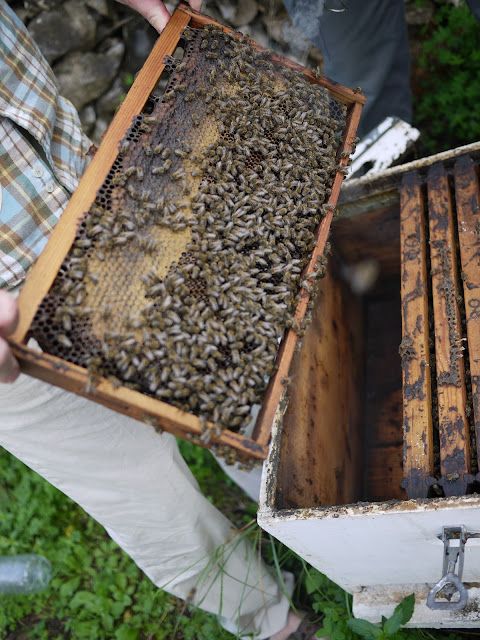 with deb filming the whole process 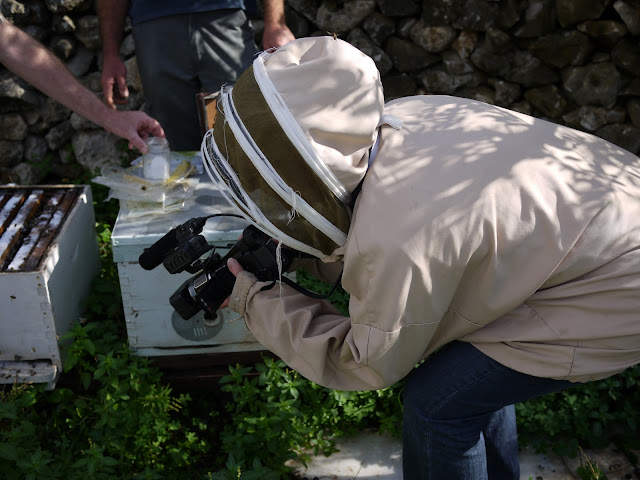 john and socrates pointed out the queen and i tried to capture her in this shot (she's in there somewhere, i promise!) 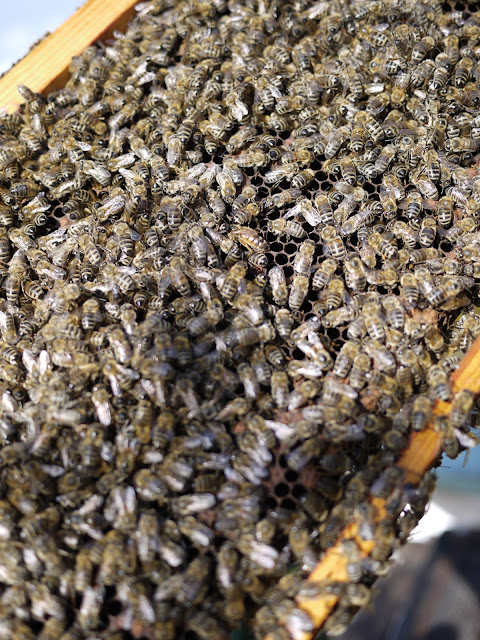 john inserted a piece of white paper at the bottom of the hive to check for the varroa mite, a parasitic insect which can wreak havoc in a bee colony (still can't believe these guys are doing this bare-handed!) 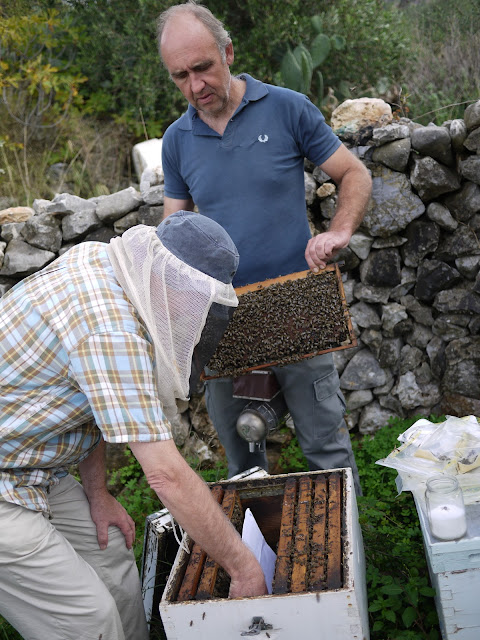 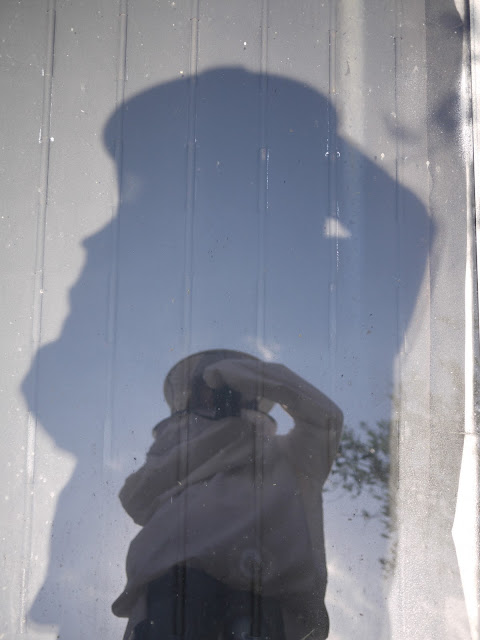 even though he was wearing pants, john was stung through his clothing - you can see the tiny black stinger still in his leg 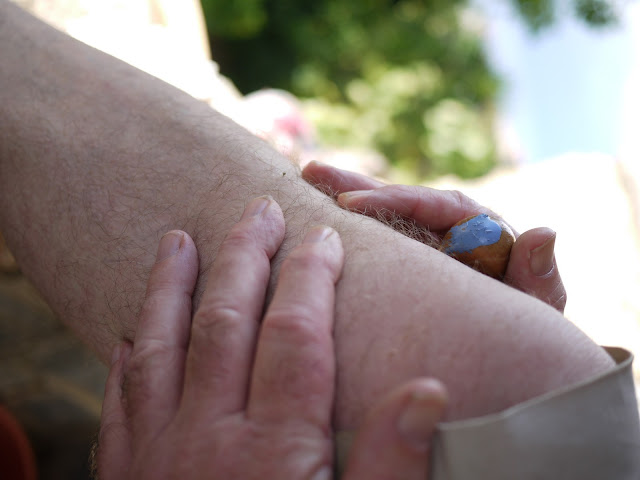 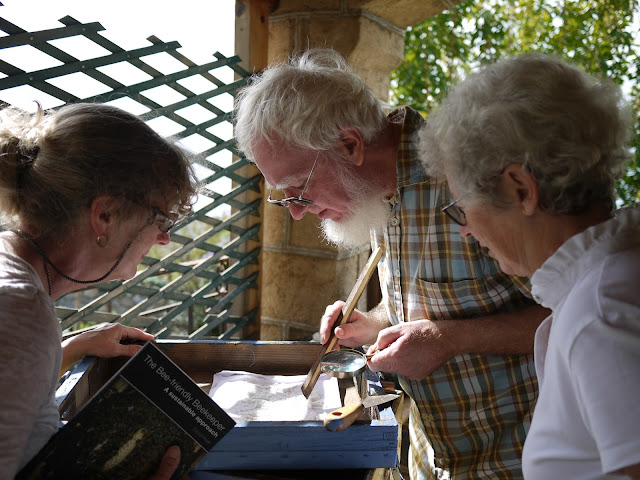 and to think that all this effort leads to a sweet conclusion.... 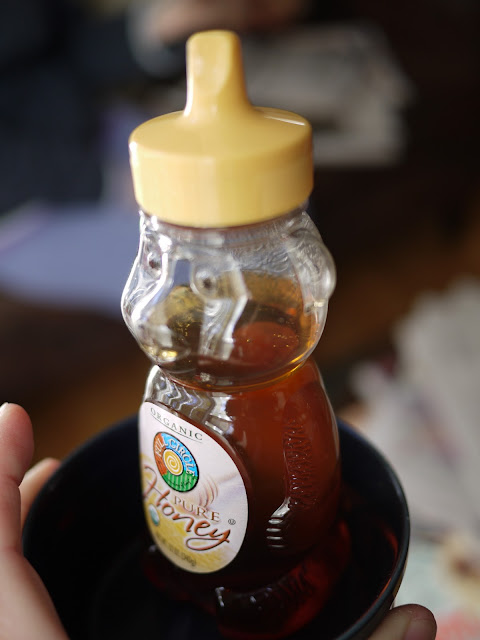 not surprisingly, the entrance to the phipps' cottage is a bee light, imported from their native england 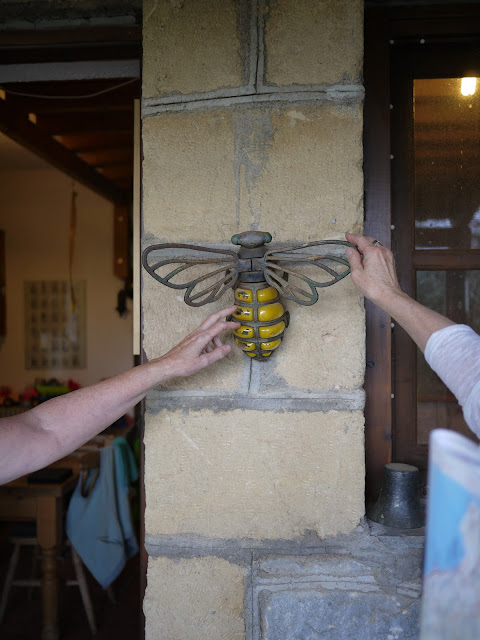 thanks val, john and socrates for letting us experience the fascinating world of beekeeping and allowing us a glimpse into the secret lives of bees
(hey, i couldn't resist!!) 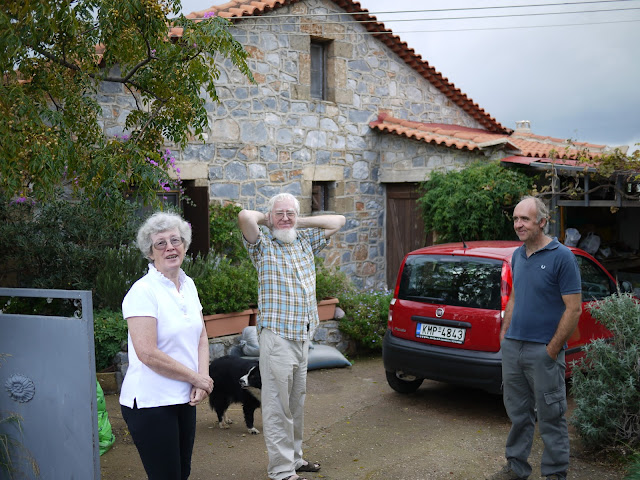