think with your legs 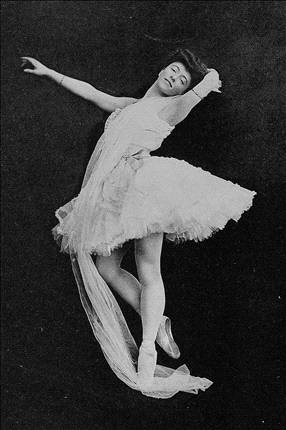 oh lord. what did i get myself into.

i'm going outside my comfort zone here. there's a cool blog called the 10th daughter of memory and they're holding a contest: write a short piece (in this case, fiction!) in answer to a prompt. this month's challenge is below the neck.

so i did. you might want to check out their site and read the other entries, if so inclined......

"Think with your legs!"

Zoya had to shout to be heard over the fan. Ancient and clattering, a medusa's head of wires sprouting from the ceiling, it swirled dangerously above the poorly lit studio.

"Poor pup," she thought, watching the dancer at the barre. Nadia was the girl's name; flat-chested, malnourished skin, clavicles protruding above her leotard. Head down and tilted sideways, her hair was pulled back severely, slick and pinned. Watching herself in the mirror, her mouth set in a grim line, the girl worked the movements repeatedly. Why did she seem like a prisoner with a life sentence? Nadia was the best of this year's crop. She would try again and again to do a decent pas de bouree - a pas de bouree with meaning - and fail miserably, again and again.

Zoya tapped the wooden floor with her cane to the beat of the music. What was it about these children? They don't feel what they're doing: they are performing automatons, all machine and no soul. The girl had perfect technique, there was no question. In and out, foot arched, toe pointed, arm held, just so. All correct.

Many years ago, Zoya learned the secret. It was a lesson she would never forget, but it was the one thing that could not be taught.

He had said that about his own writing, and he was nothing if not self-effacing. At his funeral, she had used the phrase in her eulogy, but Zoya didn't believe it about him. His writing had a plenty of substance. He just never took himself seriously. Why did he have to smoke those awful Gauloises and get throat cancer, the big lug? He had so many more poems percolating, waiting to be given birth, but they died along with him, their edges burning, slowly, like the flame creeping down one of his stubby cigarettes.

There was that day, long ago, when he took her to the Sea of Azov. He loved to float for hours in the black water. She hated black water..... especially this water, because of the whirlpools. Many people had gotten caught in them and died, but Nemerovsky, like most everything in his life, was not interested in avoiding risk.

They laid on the beach - no towels! he said, they're only for the weak! They watched the clouds ball up like angry gangs on the horizon and then float overhead, he waving his arms in the air and conducting them like music. But with no towels, there was always so much tar from the tankers; the black and gray monsters that chugged up through the Bosphorus, a boring migration on the horizon, depositing bauxite and wheat to nearby Mariupol. Every evening she would have to harvest the greasy specks from her hair, and still they would leave stains, constellations of black stars, on her pillowcase.

He stood up. His arms swinging bearlike, he lumbered across the sand and into the sea, pushing the water away in thick, glassy waves. Looking at him, it seemed almost impossible that such delicate language could flow from the brain of a man his size and apparent clumsiness.

Her arms wrapped around her legs, she balanced her chin on her knees and watched him. He never really swam, just floated on his back, his white belly breaching the surface like a baby beluga.

He had a dacha here and in the evenings they would retreat inside and light a fire, but they would always end up sitting by the window. Listening to the cormorants and eating scallions and butter smeared on bread, they would toast each other with cold vodka.

She loved his mess. He - the writer - could afford to be the crazy one. Papers strewn everywhere, crumpled words of genius just missing the waste bin, eloquent stanzas thrown carelessly aside. She wished she could be insane like him. Carefree.

But no, it wasn't so for the dance. Not until years later, when she knew better, a ballerina had always been a creature of mechanics, a wind up doll, a trained chimp. Over time she felt her soul leaching away, another casualty of the State. But not so for Nemerovsky. If she could just pull some of his nonchalance into her sphere, by process of osmosis, maybe she could learn from him. Maybe it wasn't too late for her.

He had surfaced and was entertaining her by spewing seawater from his mouth; for a moment he looked like Poseidon in a Roman fountain. She had seen pictures of such statues in crumbling artbooks, years ago, in the ballet master's office when he had stepped outside for a smoke.

"Come here!" he shouted to her again, the words skipping across the water like minnows escaping a shark.

She was afraid. It was already evening and the light left quickly at this time of year. Soon it would be dark, and the only thing she hated more than black water, was black water at night. She started towards the path to the dacha, but she heard him bark at her again, his words shrapnel in her back. He was too persuasive. She turned around, nervously wiping the tar from her flesh.

"That's better," he said when she reached him. He held her and she put her head against his chest, wet, salty, the swoosh swoosh of his heartbeat slapping her temple. Her feet sank into the mud but she held on, watching the sun sizzle against the horizon. More than the mud, the fading light, the growing heaviness of the water, now the color of diorite, she feared the swirling sea, the suction, being pulled into a vortex she couldn't escape.

He could tell, by the way her heart pounded, what she was thinking.

"Zoyechka, one day you will learn not to fear," he said. "But for now, do what you do best."

All at once he grabbed her by the waist and pulled her further out to sea, her arms fluttering behind like battered wings.

"Think with your legs!" he boomed, now laughing, his eyes wide and his hair, gray-white, a dirty rag flopping over his brows. With his thick torso slicing a path through the water he began a mad waltz, dragging her along to a beat only he heard, in a whirlpool of their own making. The world passed by in a blur, the dacha, glowing in the distance, the sun drowning into the west, the stars whirring above.

To the sea, endlessly deep, still cold and black and filled with demons, she finally surrendered and gave herself to the dance.

footnote: i was honored to learn here that this piece had won.