come on in, the basil's fine 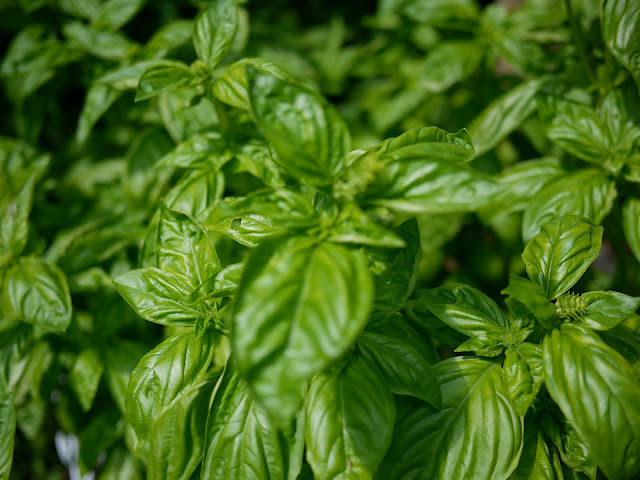 some of you may remember i had trouble growing tomatoes due to a little problem with squirrels. so i had a cage constructed to keep the little buggers out, which was christened a 'tomato villa' by my friend geli.
the before picture.... 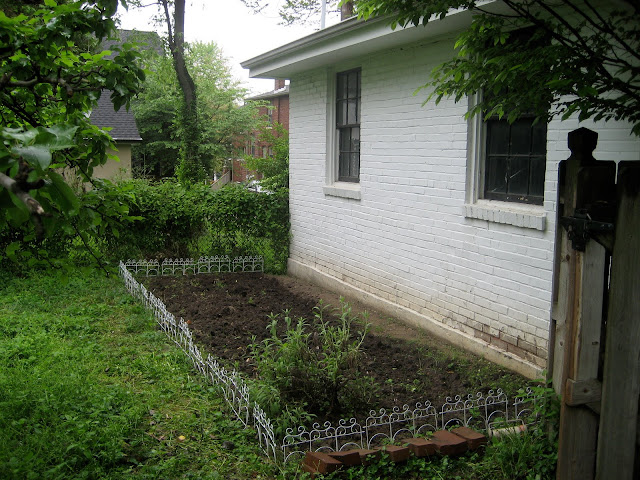 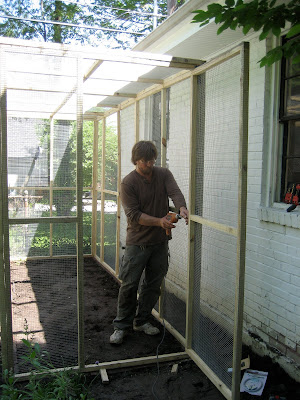 and here is the garden now, mid-summer. the tomatoes are still on the vine and so far, no squirrel has breached the heavy duty chicken wire to snatch one before it has a shot at ripening. 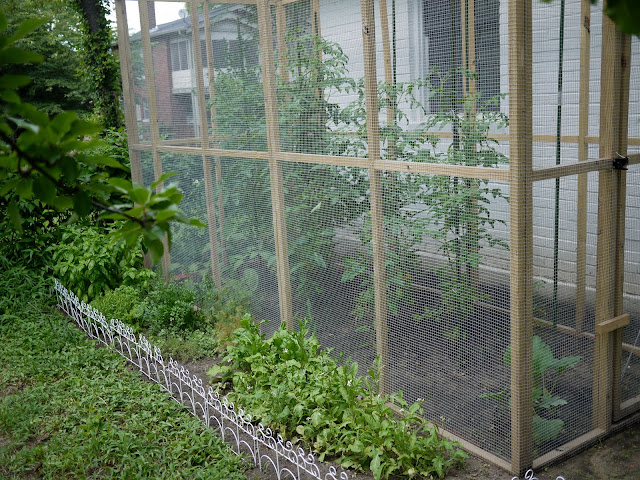 a cluster of tomatoes 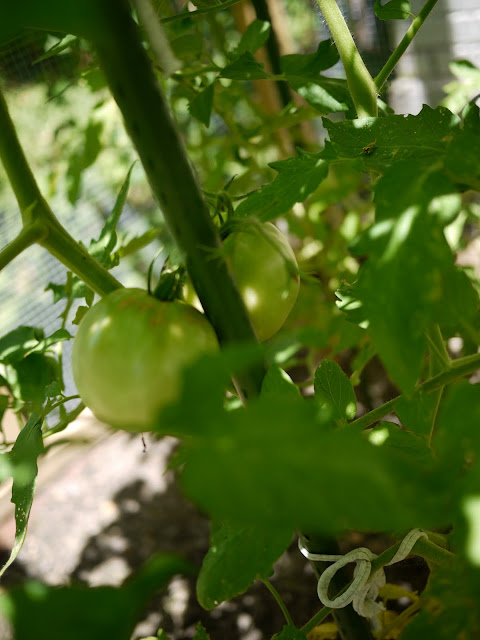 and the japanese eggplant is thriving (which i adore, especially grilled.....) 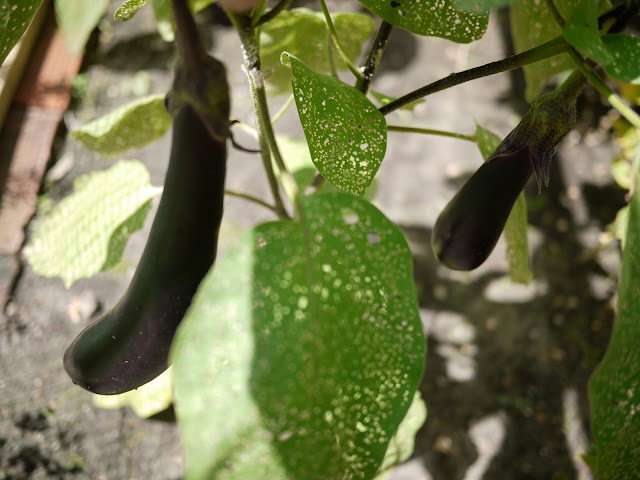 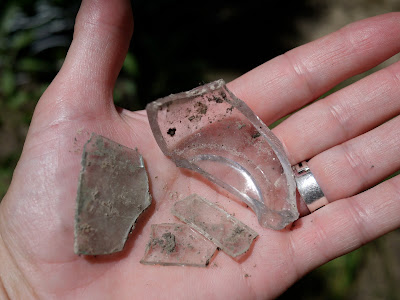 not sure where these come from, but as an archaeologist i have an idea. since our house is over 100 years old, it's possible the early inhabitants used this area as a kitchen dump. we till the earth every season and every year the earth gives birth to these little shards of glass which erupt spontaneously, usually after a rain or a good watering. yet another of life's little mysteries i guess..........
so the squirrels have resorted to chewing on the fruit of my neighbor's pear tree 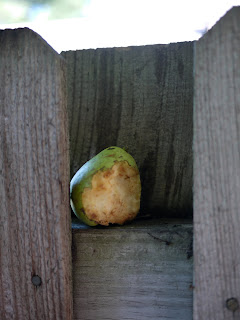 i do have one concern - i was worried my plants weren't putting out as many tomatoes as i would have expected by this time in the season since i planted in early june -- and by mid july would expect more fruit by now. i was curious that a wire cage might prevent the bees from being able to pollinate --- but as of this week there are lots of flowers on the plants, and budding tomatoes, so i'm hopeful.
anyway, if anyone reading this has garden experience, i'm all ears...........
in the mean time, i'll leave you with a photo of my faithful airedale mia, who is a big help to me in the garden, and at the ripe age of 13 is thriving too ♡♡ 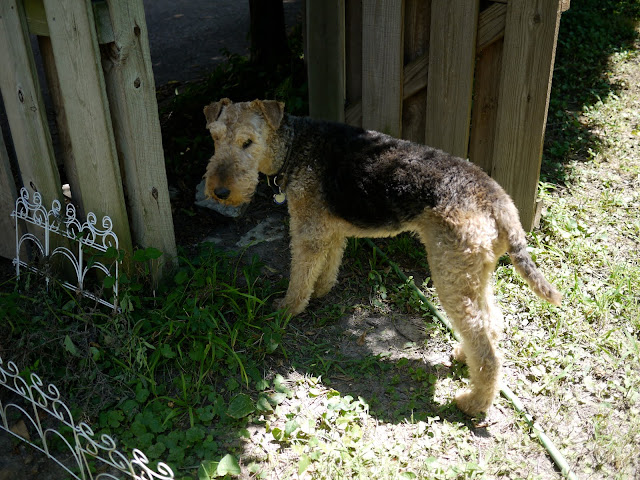