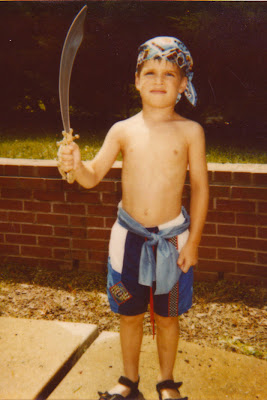 wielding the first of many swords
so now it's this one's turn.

older sister just graduated from college and now my son is graduating from high school. off into the world. but before he takes off for college in the fall, his summer will be filled with many days away from home, spent at friend's houses. working his new job building fences on a horse farm and shoveling muck around a barn. good honest work for the soul. not to mention getting buff and a tan while he's at it.


but first, i remember. crying in the driveway the day i dropped him off at full day kindergarten. was that really 12 years ago? can't be. being the room mom and tagging along on field trips to the pumpkin farm. reading to his class at library time. wondering if he'd ever eat anything else besides chicken nuggets, peanut butter sandwiches and mac and cheese. watching him play with plastic swords and eventually graduate to real ones when he began fencing. winning his first regional competition at 13 followed by years of travel all over the country, missed school, attending tournaments from Atlanta to San Francisco, Hartford to Miami, crappy hotel rooms in some places, luxe ones in others.....and all the competition venues the same, hangar-sized horrible buildings in which you could park aircraft carriers. but winning a national medal made up for that, as well as his crazy but lovable Egyptian coach, and some otherwise just plain crazy folks we encountered thru these last 6 years of fencing. 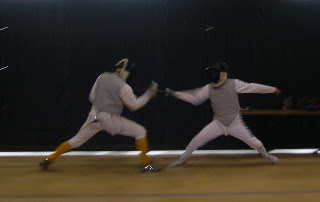 so now you can do what you want to do, choose your courses, study what you want to study. no more SATs, ACTs, common application essays, worrying about which colleges you'll get into (way to go there buddy - it all worked out, didn't it!)  no more north american cups, summer nationals, junior olympics or stressing about tournaments you don't have to go to anymore.


when you were little you used to say, "get me out of this baby town." i wasn't ever sure to what you were referring but i think it had to do with feeling you were way too old to be doing something -- like at 8 you had long before left disney behind and was on to austin powers --- and by 11 you had had enough with gameboys and was ready for xbox 360. always ready for the next step --- always ready to move on.  i think you were done with high school a year ago.

i'll miss the shouting coming from the pit (his region of the house) when you're in the midst of gamer marathons, the litter of textbooks, dirty socks, fencing paraphenalia, warm-up gear, coke cans, unexpected kisses on the top of my head. reading native son, king leopold's ghost and that horrible zinn book together. your encyclopedic knowledge and love of film.  your intellect and piercing insights way beyond that of a teenager.

diploma in hand
so now you are heading out into your own brave new world. new friends to make, new environments to explore, new life. lots of new life. it's yours for the taking. drink up every last bit of it and don't waste a drop.....you have surely earned it my son.


yes, i'll forget you're not here to eat dinner the first few weeks you're at college and make too much pasta. i'll wonder why the laundry load is so much ........lighter. i'll expect to catch a glimpse of you at your desk when i pass by your room...


but don't worry if mom has a good cry when we drop you off at school in the fall. if you ever need help with how to work the coin laundry, how much soap to use - locating that special knit hat you like to wear, or your phone charger, you can always call. or more likely, text. in the mean time, i promise you something for certain --- i'll be keeping the home fires warm for you.