the abcs of greece

currently greece is on my mind.

the magazine interested in my story about the dig is still considering if they want it for this year, next year --- or at all....... so i don't know when i will return. and with two kid graduating i will not be digging this year.

yes, the country is in upheaval. i should be mad......their economic mess is affecting everyone. but fiery, inconsistent, maddening and petulant greece, i love you anyway.

sometimes listing things helps me brainstorm. so in the mean time, while i'm missing greece, here is a list of things i love about the country, from a to z:


a: athens. noisy, polluted, overpopulated --- but also thrumming, electric... a place of eye-burning whiteness against a cerulean backdrop of sea and sky. a city with a heart and soul. when it rains, the streets flood. when people want to protest, the trolleys stop....mid street. but in a way, my adult life began amongst that mixture of ancient marble and canyon of modern concrete... 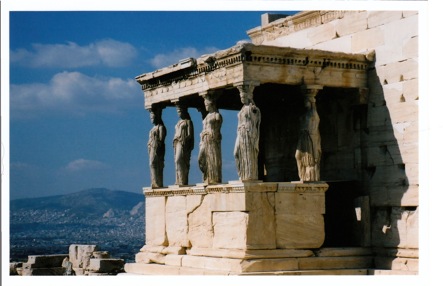 photo courtesy of matt muth
b: oh.................those beaches. where do i begin? watching turquoise loops unravel off st. john's beach on my beloved ithaki. the smell of souvlaki wafting down from the seaside estiatorio in sifnos.

c: cats. they are everywhere. one once jumped on my lap when i sat eating at an outdoor taverna in athens. not so good. but at times they will happily sit nearby, like this grey one at a tiny eatery in kefalonia. waiting for the odd fish head. 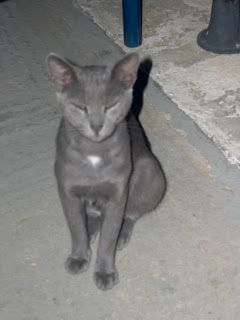 d: drachmas.....they exist no more, but i still have a handful in a coinpurse. emblazoned with an athenian owl. thank god the euro has tried to emulate your singular form. 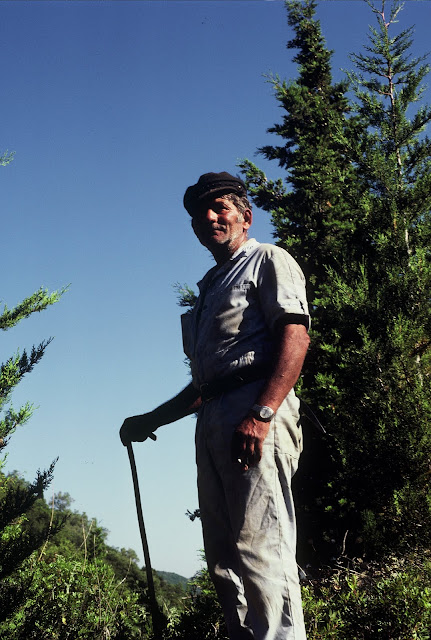 h: holidays. any orthodox festival celebrating a patron saint in a greek village will involve a live band, tons of local wine and really good food. and dancing. under the moon.

j: jet which takes me to greece.

k: kataifi. baklava, everyone knows. this is the overlooked stepsister to that famous dessert. think of shredded wheat drenched in honey, walnuts and rosewater.............


l: Lykavittos. athens has two main "hills" - one has the acropolis atop it and the other is lykavittos - a tall, conical rise in the midst of the city with the best views all the way to the aegean. see the sun set, see the moon rise. with a glass of ouzo in your hand.

m: moussaka. only eat this at lunch --- no greek eats it for dinner. that square beyond compare of greek cuisine, best made with ground lamb, eggplant slices (better than the lesser version with potato) topped with an everest of bechamel...........

n: nostos.   translation: longing.   what i feel much of the time when i'm not in greece.

o: ouzo. lightning in a bottle. pour it over a shot glass of ice cubes and BAM - the clear liquid explodes into a contrail of milky vapors. licorice-y, sharp, smooth. pair it with a small plate of appetizers known as meze (small pieces of sausage, cheese, cucumber and tomato speared with toothpicks), a sunset, and you're in heaven. 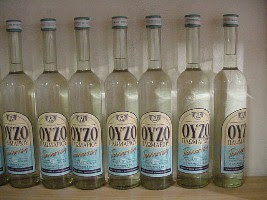 p: parthenon. temple of the virgin. sits atop the acropolis hill and is an example of greek architectural perfection. face the front and stare at the foundation from end to end. notice it's not flat, it's curved.......the smart ancient architects knew it would give the building its spring. 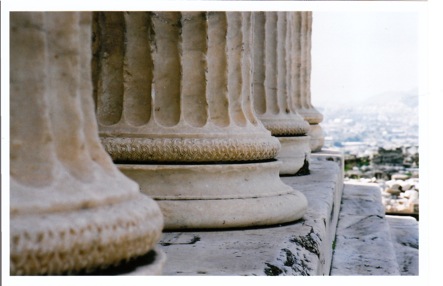 photo courtesy of matt muth
q: questions about this amazing life we all share. what i do a lot when i'm in greece. with an ouzo in hand.

r: retsina. unless i have a retsina in hand, my other greek vice -- no licorice flavor here. this is a pine scented wine, from ancient times when vino was shipped in barrels and sealed with pine tar.

s: santorini. a mirage when you first see it, a mirage every time you see it. an island formed from the remains of an ancient volcano that exploded, leaving only a sliver the shape of a new moon -- standing on its vertical cliffs provide some of the most amazing views in the world. 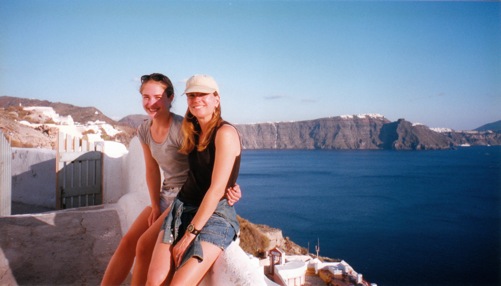 mother and daughter about to backflip into the aegean
t: telly's. my favorite taverna on ithaka. named after the owner, Aristoteli, who handles a mean spit. his roasted pork stuffed with peppers and kasseri cheese.......well, let's just say i dream about it.

u: understanding myself better. when i'm questioning all the stuff in greece, this is the ultimate goal.

v: vangelis. remember the theme from chariots of fire? composed by a greek!

but my favorite greek singer/composer is giorgos dalaras. here he is doing a duet with sting at a concert in jerusalem...... and a very popular greek song called stin alana

w: when can i return?

x: xenos -- which means foreigner. what i am and long not to be.

the word zie means "he lives, he is alive" in Greek. or alternatively: she is alive...

fitting, because to me, when one is in greece one feels more alive...


there's something in that dirt over there that has gotten in my blood. probably why i became an archaeologist. i've always called greece a dirty fingernail place and i mean that in the best way - there is nothing sterile about it. sterile is void of life.....and greece is full of life.