persephone goes into the underworld 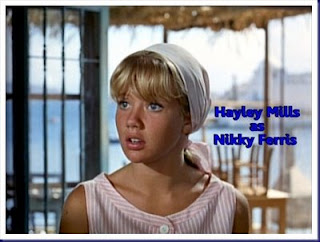 My first exposure to Greece occurred years before I would actually set foot in the country; it happened in a small town Minnesota elementary school. I was in the first grade, and the day began like any other - Clinker Berg trying to impress girls by eating glue and erasers, the smell of tater tots wafting down from the lunchroom and little hands working scrawly loops in penmanship books. Suddenly my teacher clapped her hands together and announced to the class that she had a surprise. She asked us to line up, and we followed behind her, baby ducks down the hallway towards the gym.

We were surprised to see that the lights had been turned off; I peered into a normally familiar room and felt myself entering what had morphed into a dark, cavernous space. A large screen hung from the stage; a slight breeze let in from an open side door set it slowly twisting in a silvery shimmy. Eventually my eyes adjusted to the dark and my classmates and I filed in, elbows poking and fingers pointing, to sit obediently as we were told, row by row: kindergarten front, first grade, next. The lunch ladies, a phalanx of white aprons and papery caps, lined the walls, watching us and smiling.

I craned my neck above the crowd and looked behind me: at the back of the room stood a large, gray projector. I stared at it until it began to sputter, shooting out a flume of dust-speckled light. The room let out a collective gasp at the sudden, stunning realization: we were going to watch a movie in the middle of the school day! I turned back around just in time to see windmills spinning on a rocky coast, a distant sea in the background and the words THE MOON-SPINNERS flicker across the screen.

Hayley Mills was a vision. Unreal blond hair, a thick mass of goldenness, like my sister’s Chatty Baby doll. And the guy who chases around the island with her in search of the lost jewels! He was handsome alright, but my eyes were riveted by the images of this magical, faraway place: Hayley spending the night in a Greek ruin where wild cats jumped out from the shadows, the whitewashed island village where she stayed with her maiden aunt ---- first aid kit, traveling blanket and all. That creepy, threatening Greek guy with a hunting rifle and the confused old lady in the bar, watching a bottle of brandy levitate off the counter! Hayley racing the speedboat over moonlit water to catch up with Madame Habib’s yacht, and ---- most indelible of all: Hayley clinging to the sails of a windmill as she tries to escape the evil jewel thief, wheeling high above the Greek landscape, over and over.

But no matter how cool Hayley Mills was, the star of the movie was Greece. I wanted to be her so I could live in that place. An unseen hand had reached up from the depths, snagged my ankle and was dragging me down. Somewhere in my 6 year-old hippocampus a permanent synaptic track had just been laid and I think I heard a whisper;

Thanks, Hayley. Thanks Walt Disney, for that magical day in a darkened elementary school gym. In a roomful of youthful faces reflecting mountains, windmills and a swollen moon over a foreign sea, I tasted my first pomegranate seeds.