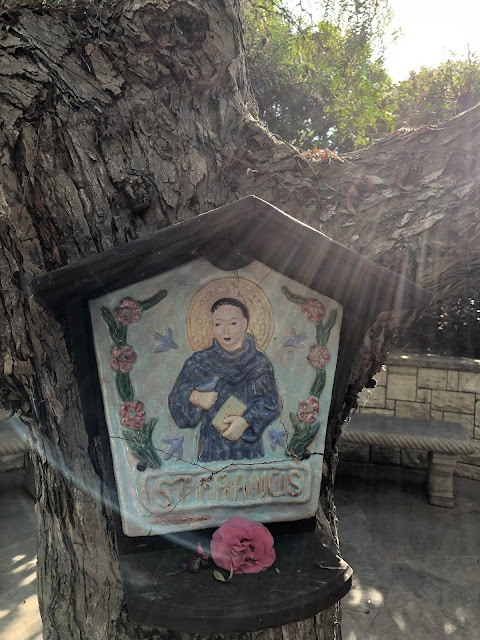 Wandering through the Meditation Gardens at the Self-Realization Fellowship Temple in Encinitas, I wanted to take a shot of a plaque of Saint Francis, which was mounted on an old tree. As I pointed my camera (ok, my iPhone,) I was suddenly aware of a guard barking at me from down the path that it was closing time. He then began herding us out of the gardens, and because I had been hurried, I wasn't sure if the shot would come out clearly. Later on, when I had a chance to look at the photo, I was delighted to see beams of heavenly rays and a bluish slash of light magically superimposed on the image.

Sometimes the shots we think aren't going to turn out at all, turn out to be some of the best :))
Email Post