Goddesses in the Dust: The Red Shoes 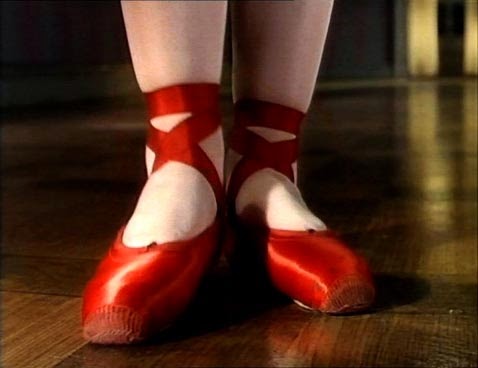 Since I was little I have always worn red shoes.

Not until I was older did I realize there was a whole mythology surrounding them. Hans Christian Anderson's telling of the fairy tale is the most famous, but the psychologist and storyteller Clarissa Pinkola Estes recounts a version handed down from her Aunt Tereza's Magyar-Germanic roots. As she says, The Red Shoes is a cautionary tale that highlights the precarious state of a woman's wildish core and the self preservation necessary to avoid the myriad traps in life that will lure her from keeping true to herself.

Red shoes have had starring roles in a couple of movies. (Who could forget Dorothy following the yellow brick road in the Wizard of Oz?) 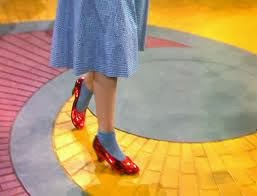 The Red Shoes was made into a film starring Moira Shearer. The story starts as it often does, with a poor motherless girl. She has very little, but she fashions her own clothing, including a pair of red shoes, sewn from scraps. They are not much, but she loves them because she made them herself, and they serve to keep her safe and warm as she navigates the thorny woods. But an old woman comes along in a fine carriage and offers to take care of her. The price she must pay is throwing away her old clothes, including her beloved red shoes, in exchange for fine clothes, living in a mansion....and doing what the old woman tells her to do. The girl is sad, because no matter how many riches she is surrounded with, the humble red shoes gave her the greatest happiness because she made them by hand.

One day the old woman takes her to a shoemaker. The old woman's eyesight is poor, so she doesn't realize that the girl, driven by a hungry soul, picks a pair of shiny patent leather red shoes instead of the black ones she is instructed to buy. 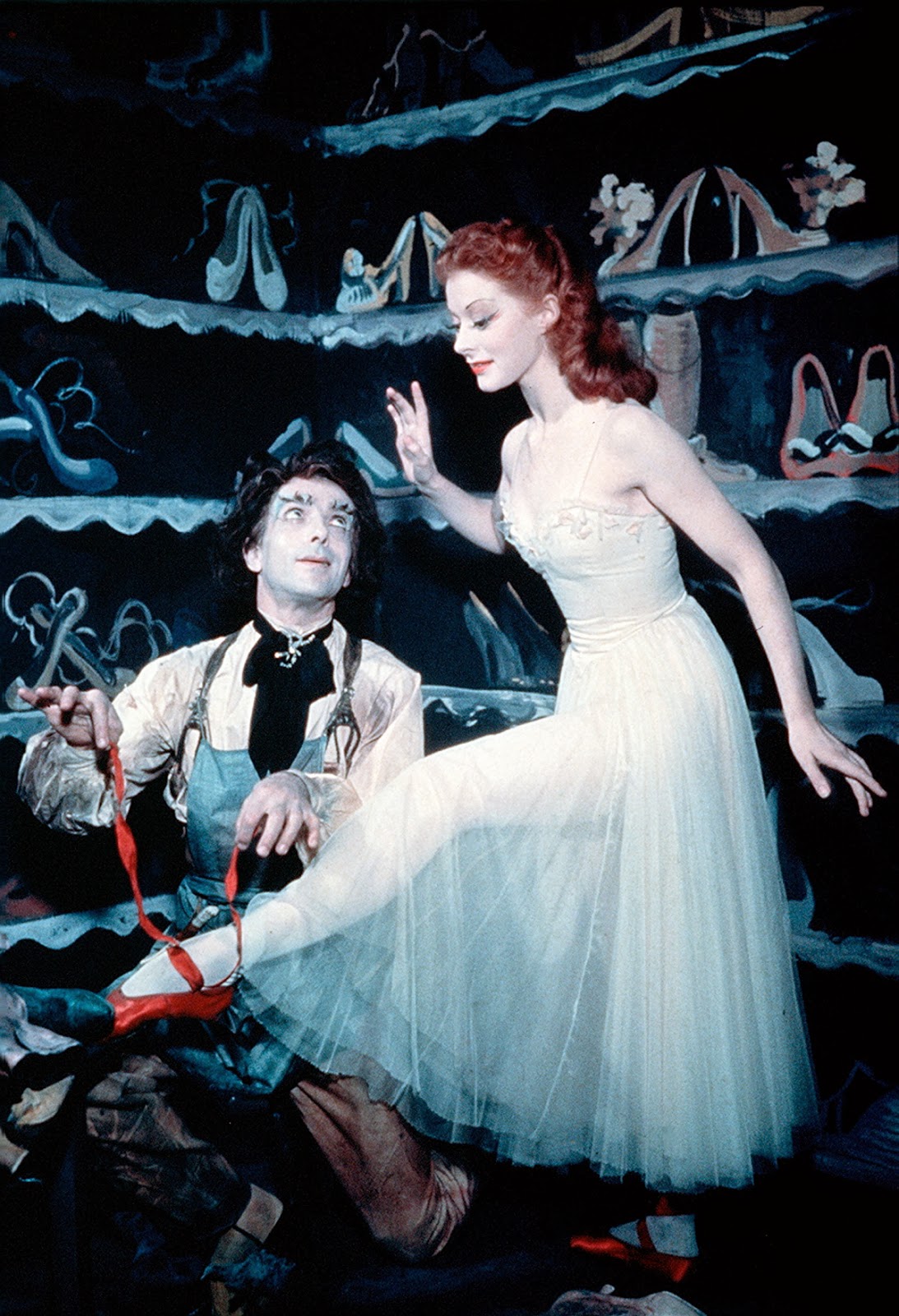 The girl wears them to church and all are scandalized - even the statues peer down on her with scorn. But an old bearded man winks at her and suggests she dance, which she does. Once her feet begin to move they cannot stop and she cavorts across the hills. The old woman's coachman goes after her and after a great struggle her feet are calmed. The old woman in a fit of anger takes the shoes and hides them. 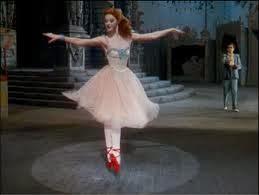 You can imagine what happens next. The girl continues to take the illicit shoes, dancing out of control more and more, and the old woman continues to hide them, forbidding her from wearing them. But the old woman falls ill one day and the girl once again puts on the red shoes. This time she cannot stop the dancing - it is out of control. She dances across hillsides, through graveyards, finally into a forest where the town's executioner waits with an axe. "Please!" she screams to the the executioner and begs him to cut off the shoes and free her from this living hell. He cuts through the straps but the shoes stay on her feet. Finally she cries to him that her life is not worth living this way any more so he must cut off her feet. This he does, and the red shoed feet continue to dance away, off into the distance, disappearing into the forest. And now the poor girl is a cripple and has to make her way through the world with only one thought in her head: never again does she wish for red shoes. 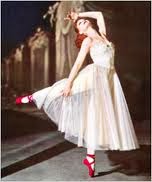 So what's the moral of the story? Red shoes symbolize life's blood, groundedness - and sacrifice. As Estes says, "The psychological truth in "The Red Shoes" is that a woman's meaningful life can be pried, threatened, robbed, or seduced away from her unless she holds on to or retrieves her basic joy and wild worth. The tale calls our attention to traps and poisons we too easily take onto ourselves when we are caught in a famine of wild soul. Without a firm participation with the wild nature, a woman starves and falls into an obsession of "feel betters," "leave me alones" and "love me - please."

She goes on to say that "the loss of the handmade red shoes represents the loss of a woman's self-designed life and passionate vitality and the taking on of a too-tame life." It speaks of the out of control nature of addiction women encounter when they are so starved they can no longer tell how much is enough. It speaks of sneaking a secret life to escape one's shadow self. It speaks of how a woman goes dead when she tries to take the shoes off too late. But is also speaks of the rebirth possible when a woman tries to make her way back to life. When she once again begins to fashion her own red shoes by hand. They may not be as shiny as the fancy patent leather ones in the store, but they are her own.

At my daughter's engagement party (who says the mother of the bride to be can't wear red?) 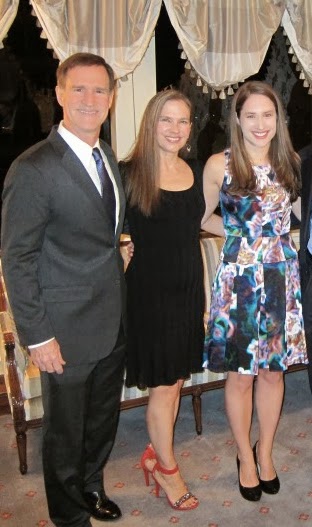 Estes says, "Dance in red shoes, but make sure they're the ones you've made by hand."

No, I didn't make these little numbers by hand. 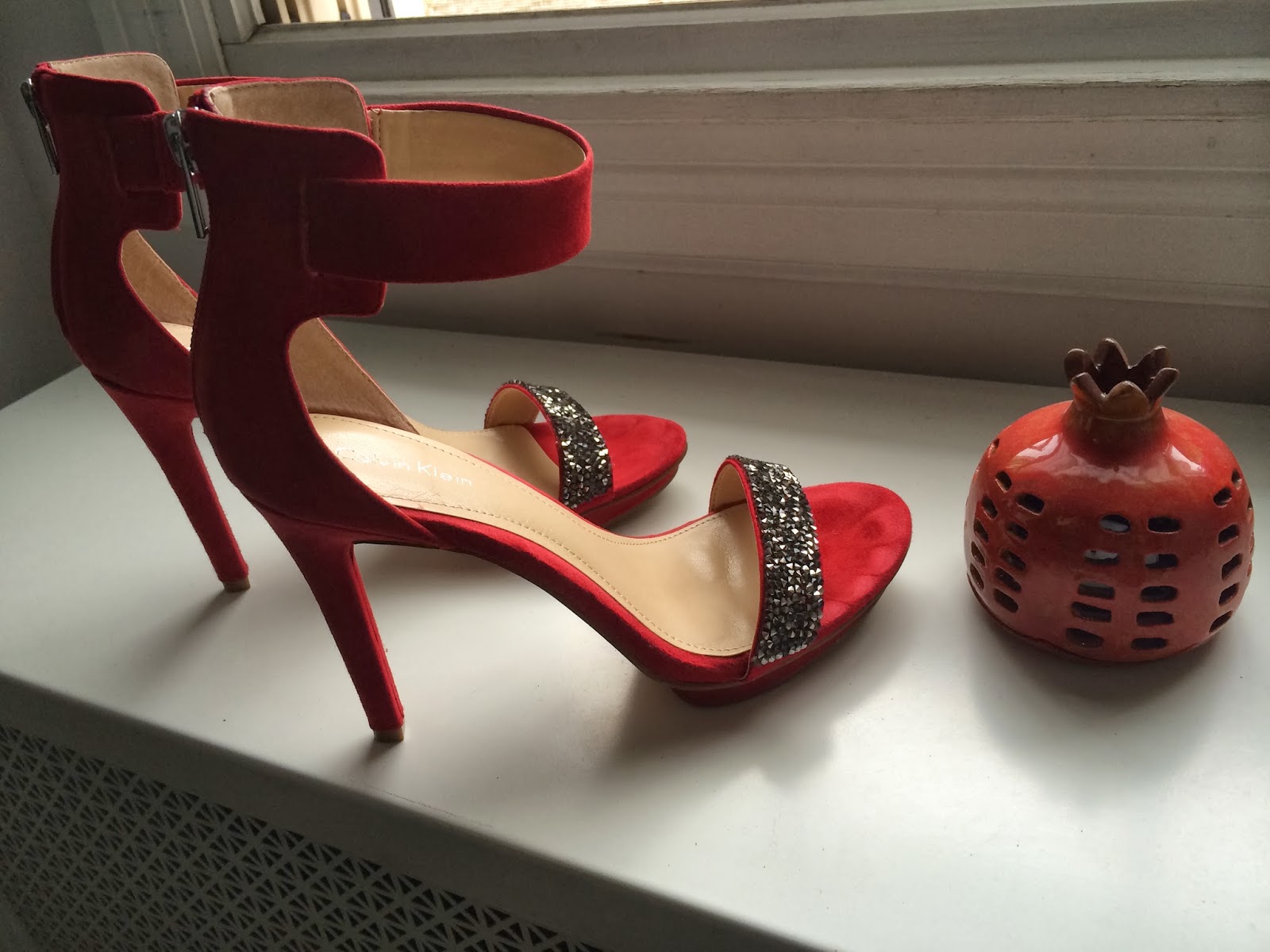 But I revel in the metaphor of wearing red shoes and the meaning behind them. They remind me to stay connected to my deepest self, to stay true to my artistic vision and creative power, and most of all, to remain grounded in myself.