Hecate, the Crossroads and Letting Go 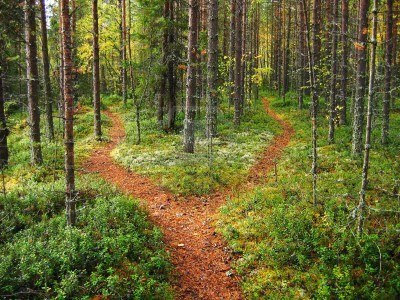 Hecate is often referred to as the Goddess of the crossroads. As part of the Persephone myth in which Persephone is the Maiden and Demeter the Mother, Hecate represents the Crone, the elder woman, the sage who has lived long enough to silently witness life without becoming overly emotional about those things that come to pass. Together these three Goddesses represent the three major phases of a woman's life. 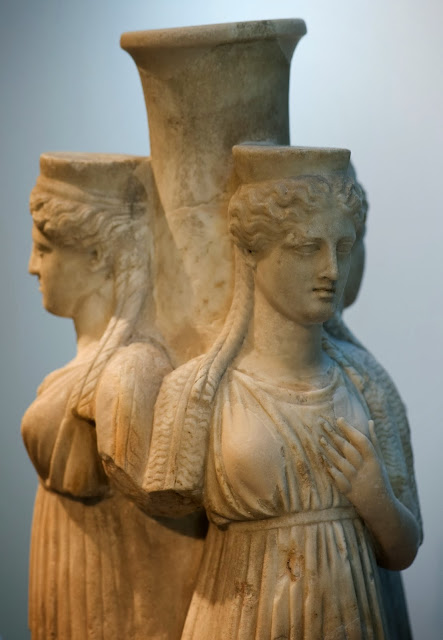 This midwinter season is a time of turning points, in which we let go of the old year and welcome in the new. Often it is a time of literal cleaning out of things, such as closets, and understandably the physical clearing out and letting go of the old corresponds with a psychological letting go. 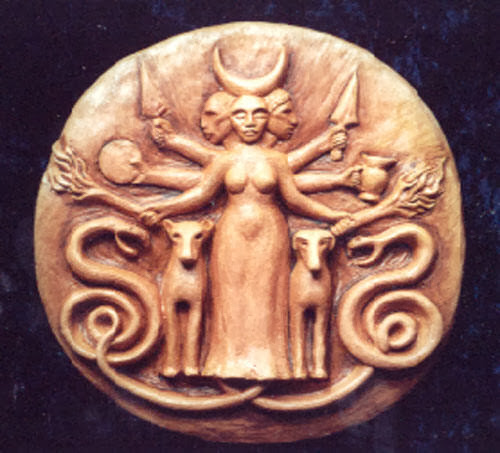 After my mother passed away some twenty plus years ago, I inherited some of her clothing. I wore them lovingly for years, but in the past few years I realized I had not worn them at all. As I get older, my clothing needs have become more and more Spartan (a product of my convent school girlhood) to the point where I basically wear a regular wardrobe of jeans and t shirts. My being a writer (as well as a field archaeologist) allows for this - I don't work in an office with others where there is a dress code, and I appreciate this ability to not have to focus so much on my outward appearance.
Yet something about donating my mother's things struck a chord of fear in me. I felt as though it was a final link to her, and giving those things away would break that link. Even though I realize it doesn't make sense logically, feelings do not follow the rules of logic. In exploring these feelings of being afraid to let go, I found solace in the words of Joseph Campbell:

We must be willing to let go of the life we planned so as to have the life that is waiting for us.

The point of intersection of a crucifix is symbolically a crossroads between the vertical axis (which is spiritual, active and masculine) and the horizontal axis (which is earthly, passive and feminine). This represents the dualism of our world and the union of opposites. It also signifies the leave-taking that is inherent in any journey where we must drop off those energies that have served us but are no longer necessary as we move forward into a new and unknown field. If we don't leave those things behind, it creates a kind of entropy. Without cleaning out space, we cannot open up the space to welcome something new into our field.

Donating my mother's old clothes has prompted me to reflect on Hecate's lesson of the crossroads, teaching me to let go and to trust. I love this quote that I found on my friend KJ's blog: 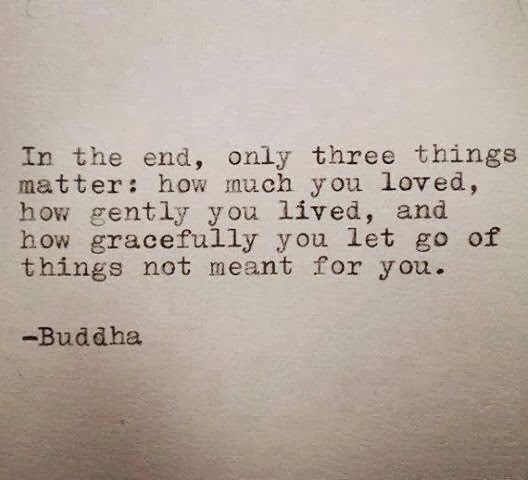 And another quote from my friend Lucinda's blog:

In the process of letting go
you will lose many things from the past,
but you will find yourself.
It will be a permanent Self,
rooted in awareness and creativity.
Once you have captured this,
you have captured the world.
~Deepak Chopra

Joseph Campbell and many other wise people have said that in order to change the world we must first change ourselves. Hecate's intersection teaches us that hanging onto things is a form of death, and it refers not to just things but behavior patterns. As humans we make mistakes, that is how we learn. Letting go also means letting go of perfectionism, embracing our shadow self and being willing to make those learning mistakes. Without first emptying your space, you cannot receive. When you are willing to freely give away those things you no longer need, you create a sacred space for those things that are meant to come into your live. When you are willing to let go of behavior patterns that no longer serve you, you can welcome behaviors that are healthier and more spiritually fulfilling. What we do in our outer physical world is a direct reflection of our inner spiritual world.

As I stand at the intersection and cross the threshold into this New Year, I look forward to embracing the lesson of Hecate.
Email Post