Goddesses in the Dust: Tale of a Nymph and an Underground Lake 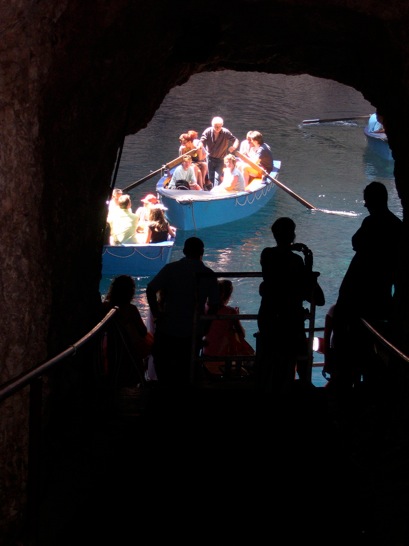 My daughter and I clung to the railing along the cold, wet walls
as we descended down the dark passageway. At the bottom, an opening let in light and I could see it reflecting off the surface of the water, a mixture of black and blue. I felt like we were headed to middle earth. 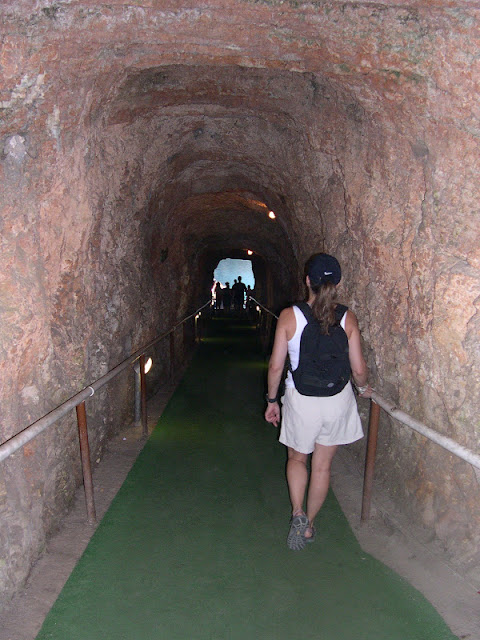 As I approached the makeshift pier a small boat was drawing near. A man stood in the middle, handling the oars and as he steered towards the dock I thought of Charon, the ferryman who must be paid to take souls from the land of the living to the Underworld. We boarded with a handful of others and as we pushed off from the rocky ledge, our guide told us that we were entering the abode of Melissanthi, the nymph of the underground lake. 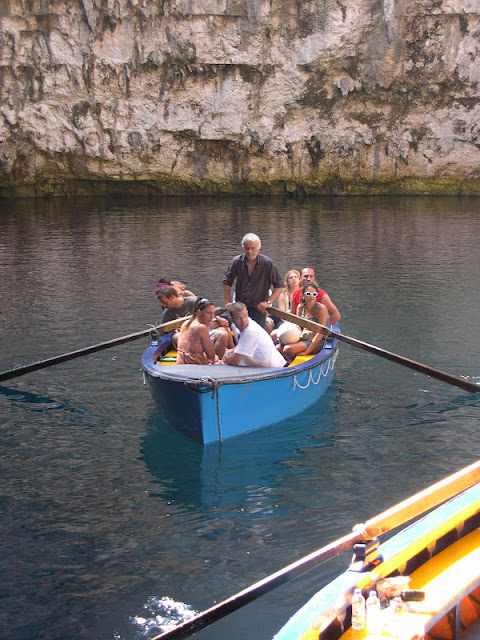 I was familiar with only a few nymphs from ancient Greek mythology, such as Calypso from Homer's Odyssey, and Echo, whose voice is heard throughout eternity, reverberating off rocky mountain faces, canyons and cavern walls. I wasn't aware that these nature spirits were associated with all aspects of nature, from mountains, rivers, all species of trees, and in this case - an underground lake. In Greek mythology, nymphs always appear as beautiful young women, often known for their nurturing qualities. As guardians of nature they can be considered as the world's first ecologists, who protect our natural resources. They are often associated with goddesses, and while many are long-lived, most are mortal. 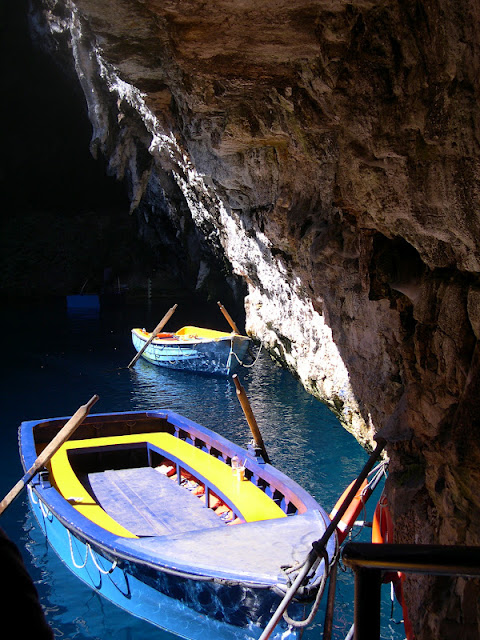 My daughter and I had come to this remote island in the Mediterranean so I could research a bizarre healing ritual involving snakes, the Virgin Mary and the bones of a long dead saint. Somewhere along the way to the small town where, once a year, hundreds of snakes come out of the ground on the Virgin's Feast Day of August 15th, we passed this underground lake. 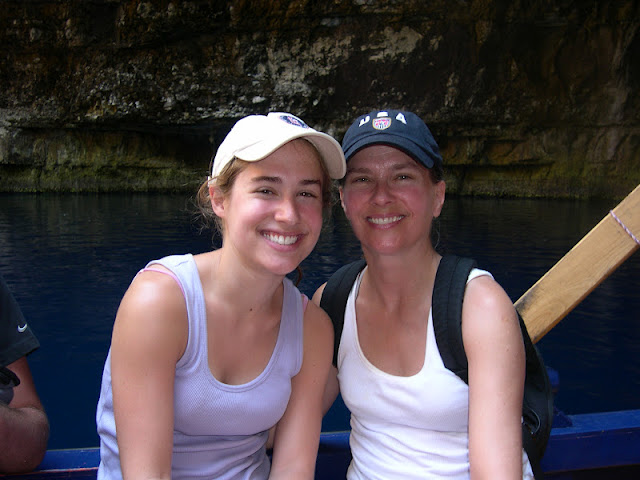 In 1962, excavations revealed a number of relics from the Minoan period, including oil lamps, plates and images of the god Pan and nymphs. Also uncovered were what is believed to be remains of a temple on an island in the lake, dedicated to the god Panas. 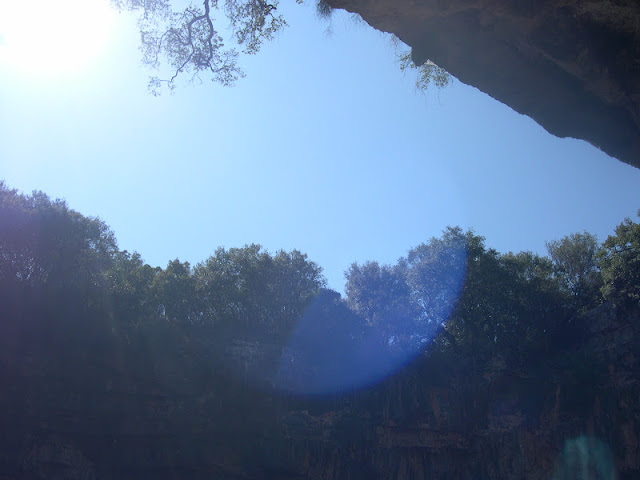 Nymphs were known to be especially fond of circulating water, and locals had long noticed that water from the sea flowed into holes along the island's shore, disappearing underground. In 1963 geologists poured dye into the holes and discovered the water had traveled under the island where emptied into the underground grotto of Melissani, some 10 miles away. 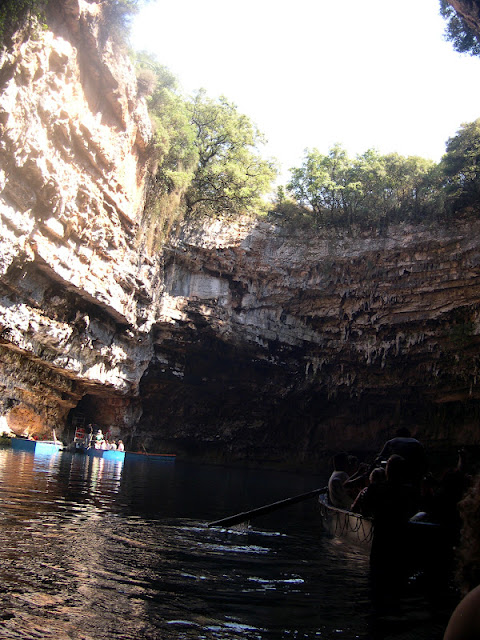 But what was the fate of Melissanthi, the nymph who inhabited this mysterious lake? 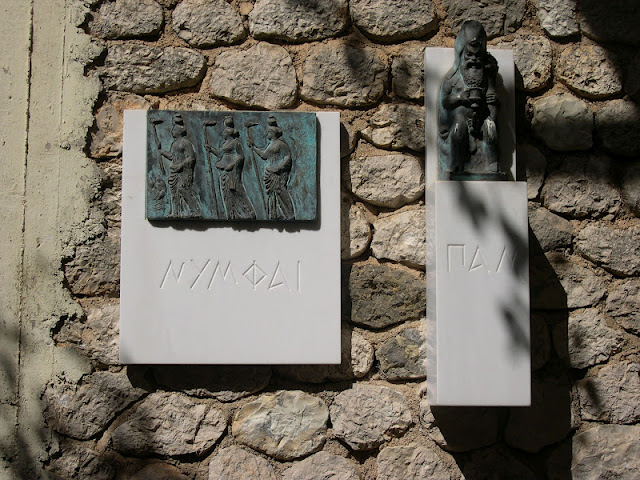 Legend says that she had the misfortune to fall in love with the god Pan, who did not return her affection. In her desperation and sorrow, she drowned herself in the lake. 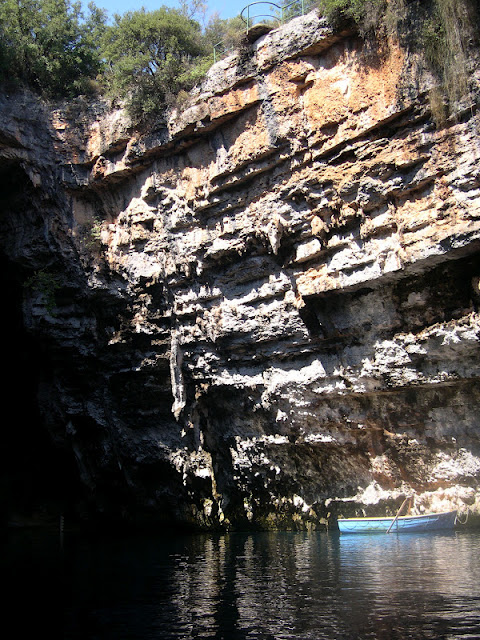 As our guide rowed our boat through her watery grave, I wondered how Melissanthi might manifest her presence. Ducking down as we slid into a hidden cove, cold droplets stung my arms, falling from stalactites far above. 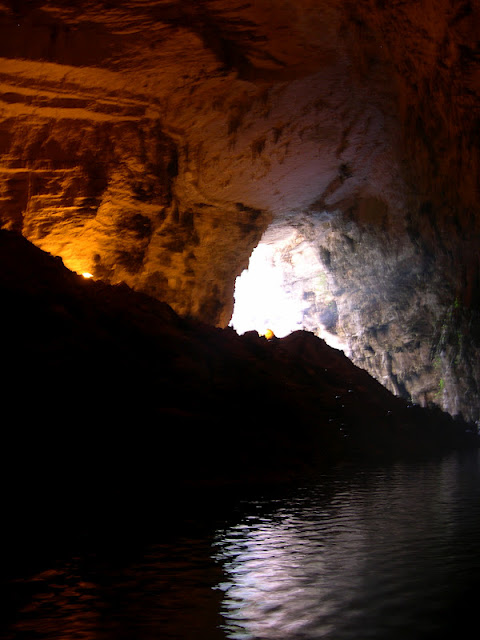 The wind brushed through, rippling the surface of the water. A flash of cerulean, a reflection from below. 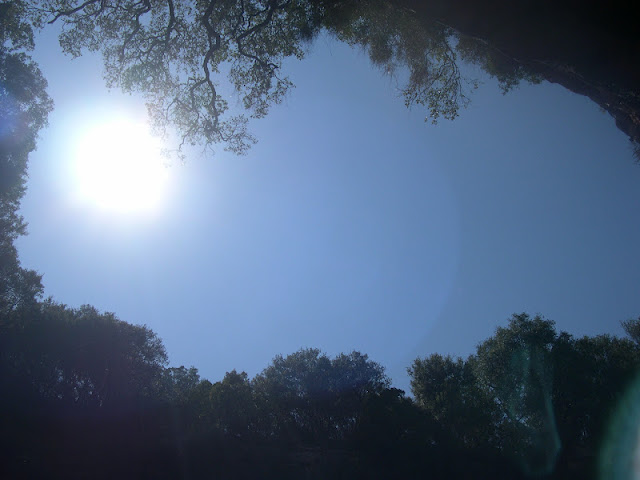 Just as the boat glided through the final passageway on our return from this liquid netherworld, I listened for her voice. Was her spirit trapped in the tree high above, eternally defying the sheer death drop to the lake? Or in the bird resting in its lacy fringe, chirping the susurration of a torn heart?

Stepping off the boat onto the platform, I turned to take one more look at Melissanthi's abode, an underworld that already seemed to be fading into the shadows. 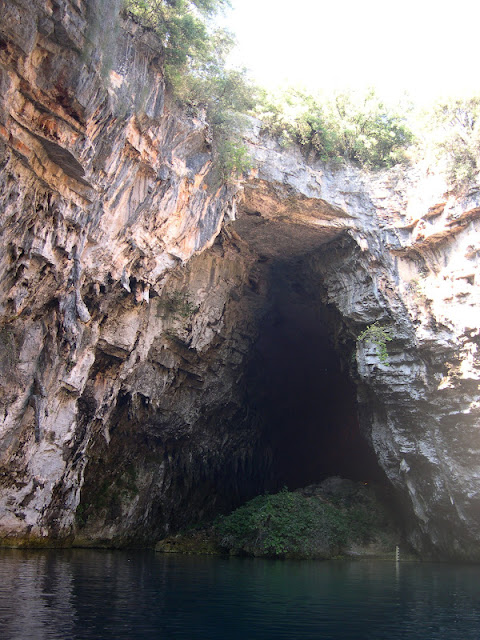 In the distance, I could have sworn I heard an echo. 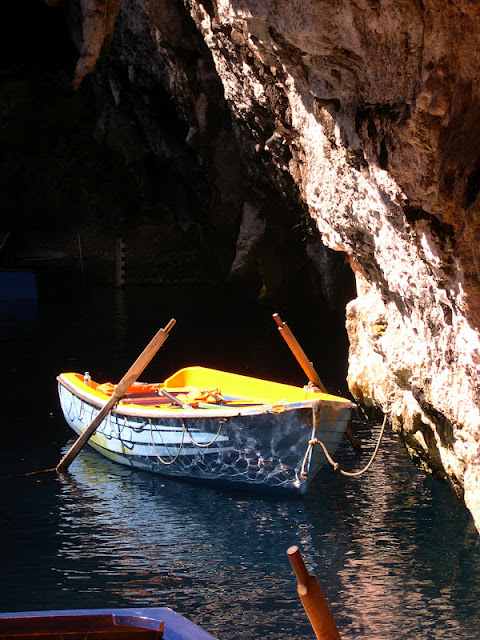