Letters from the Underworld: Ecstasy and the Century Plant 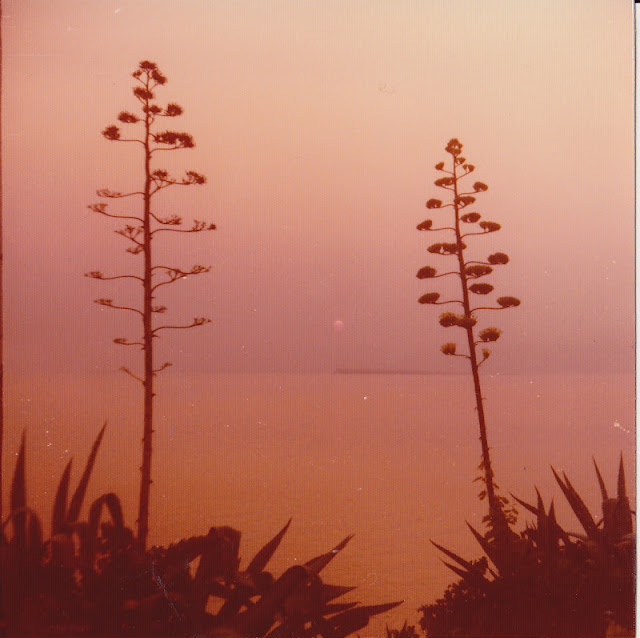 As I think back, this is where a part of me came alive.

It happened, it seems, about a million years ago. I was naive to the hilt, eyes wide, devouring the world with an appetite of lust and fear.

That's the way we need to be when we are twenty.

I had moved to Greece to study the language and culture, and was spending the first weekend on a small island in the Saronic Gulf. As I sat with the other students, finishing our meal, we watched the sun melt into the sea, flanked by a set of century plants, their single blossoms piercing the violet sky. A spoon against a water glass was followed by silence. Our program director stood up and said just one word.

Katharine looked intently at the spellbound group around the dinner table. We let the word sink in as the sun sagged lower, fusing alchemically with the turquoise water.

The word is from the Greek, she finally continued. Ex, meaning out of and stasis, meaning standing.

This is Greece - a place imbued in history. What I want for you is to create your own life history, she encouraged us. Experience everything it has to offer. To stand outside yourself, she said - to step out of yourself - is what I expect you to do here in the coming months.

And in the months ahead, step out I did. Listening to the silence at Delphi and letting the bees tell me its secrets. Swimming in a hidden turquoise cove, then - thanks to a local fisherman - plunging my foot in a bucket of urine to release a sea urchin thorn. Getting stranded on an island in the middle of a winter storm and sleeping in my clothes, freezing, hoping the seas will calm and the ferry will return. Dancing on rooftops till dawn, fueled on ouzo, tossing glasses over the edge. Watching the sun rise over Olympia, breaking through a fog encased valley, wondering when Athena will begin to speak. Watching the moon rise over the Parthenon, reflecting off its white fluted columns while being serenaded by friends on my twentieth birthday. Speeding down a dark mountain road with a group of friends after a village celebration, terrified to be in a car that was driven by a guy I realized too late, was drunk. Feeling so desperately lonely and distant from anything familiar in life, driven to question everything I ever believed, even my sanity, and wondering when the maenads would get off my back. And when the maenads were holding me down, realizing, years later, they were trying to whisper that the meaning of agony - a struggle and the pain that goes with it - is from the word agon - a gathering, or contest for a prize. Originally a happy celebration.

So this is what I learned - in life, as in words, the Greeks had innately understood that every experience, every meaning was bound with its opposite, and from the pain that goes with a struggle comes the knowledge to stand outside of yourself.

On that little island we visited our first days in Greece, this is the view that greeted me every morning. Pushing open the shutters, the sea was my living room. And just around the corner, out of sight, were the century plants that I would never look at again without remembering this moment, this place, reminding me to live life to the fullest. 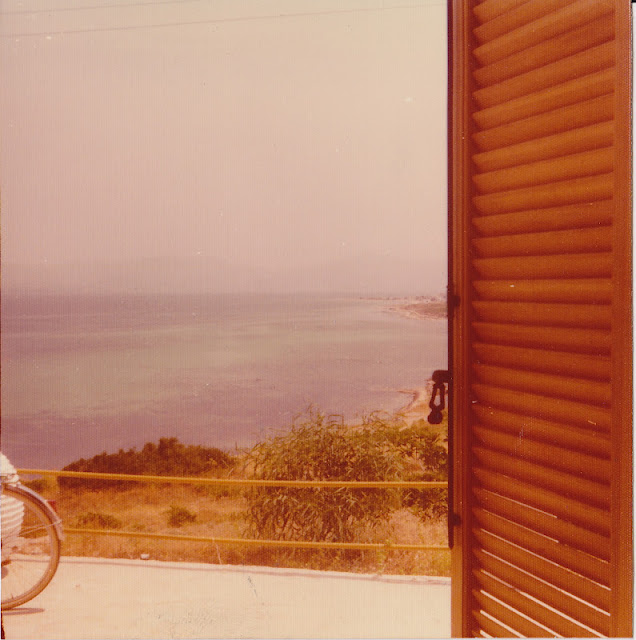 So this is a place where part of me was born. And in a way, a place that compels me to die to the illusions of this life until I learn why I am here.

Will I ever learn? I ask that question each time I step foot on Greece's - at times seemingly infernal, yet eternally sacred - landscape. 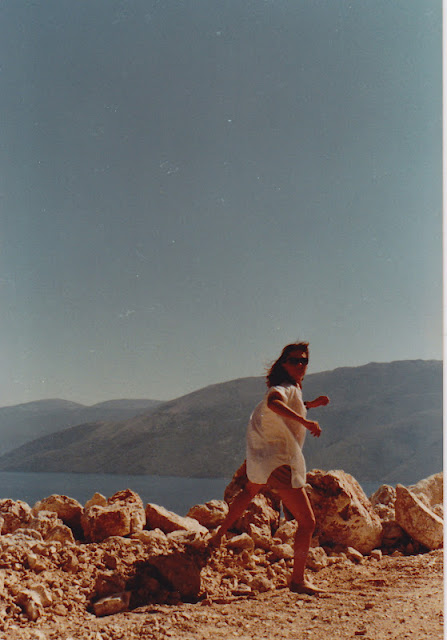 Shortly after my mother died, the century plant behind my parents' house did something it had never done the entire time they lived there - it bloomed. A single, elegant shoot extending so high into the sky that it was visible from down the road, towering over the property.

It reminded me of the first time I saw such a plant, and learned the meaning of a word - both of them rooted deeply in the Greek firmament - and the lesson that opposites: agony and ecstasy, darkness and light, life and death, are intrinsically and irrevocably linked.

So yes, I think it may have been she. Standing outside herself.