Letters from the Underworld: Where the Sea Has a Voice 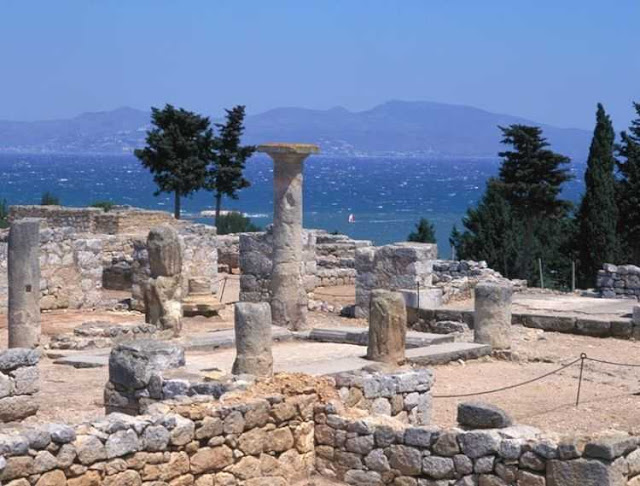 Not far from the Roman site of Empuries, in a seaside village in the shadow of the Pyrenees, I swear the sea was calling to me. It was just before dawn on the northeast shore of Spain's Costa Brava. In this little hotel in Cadaques, my husband and children were still asleep, and on this first day of January, I had awoken with the tremendous urge to head down to the harbor. I threw on some warm clothes and padded downstairs to the lobby. The front door to the pension was still locked in the pre-dawn hour, as I passed through the entryway the smell of fresh bread overwhelmed me - a basket of baguettes lay just inside the door, ready for breakfast. Closing the door behind me the chill hit my face -  I looked down the street; no one was out at this hour, not even a fisherman.
Walking down the hill, cobblestones oily from rain, the streetlights glowed in moist yellow halos. When I arrived at the water's edge, the sky was barely beginning to lighten; as I turned, the full moon was sliding - a bulging pearl loose from an invisible necklace - into the cleavage of two mountains. The wind whistled on the surface of the water, sending it rippling into all directions, like an unseen conductor's arm furiously waving a crescendo of cymbals and timpanis. And then a feeling came over me that I was not alone. I heard a low hissing sound - the water was muscular, elastic.......alive. It was as though I had come upon a spirit unaware it was being watched, having a few more moments of reckless abandon before the human day began...when it would retreat once again beneath the diorite heaviness of the water. I stood there for the longest time, watching the surface of the sea erupt and congeal, separate and fuse, listening for whispered words in a language I did not yet understand. The moon had now dropped out of sight. The wind calmed, the patterns on the water relaxed and became tinged with the reddening dawn.
By the time I got back to the pension, breakfast was being served. I tore off a piece of baguette, still warm, and held it between my palms. In retrospect, it was a little like a prayer. Grateful to bury my nose in its comforting fragrance, I let the heat slowly retrieve me from the chill. Whatever frenetic force I had come upon, waltzing in the water, I knew would be forever etched in my memory. As I looked out the window at the sea, and the rising sun beyond, I felt fortunate indeed to have greeted the New Year in such auspicious company.
I brought home a few keepsakes from this magical place - a plain silver cuff 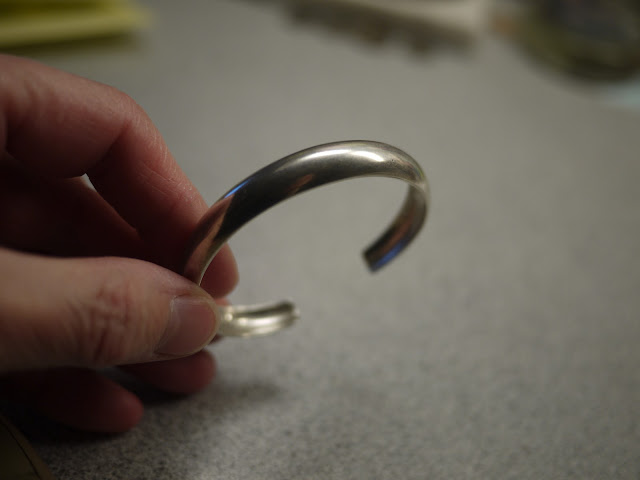 that likes to hang out on my arm between his neighbors from Thailand and Israel... 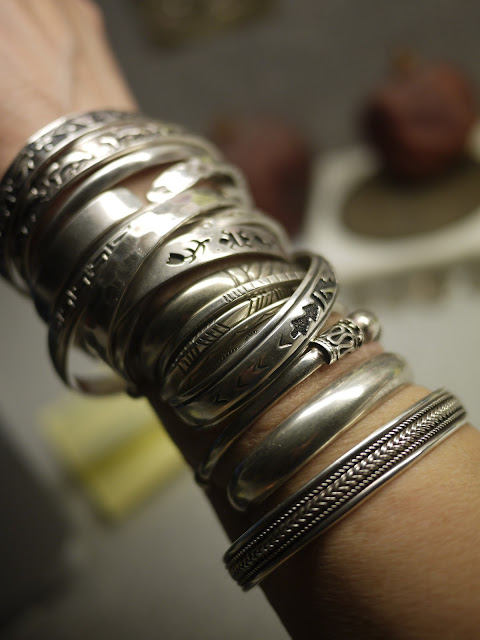 and these tiny salt and pepper shakers 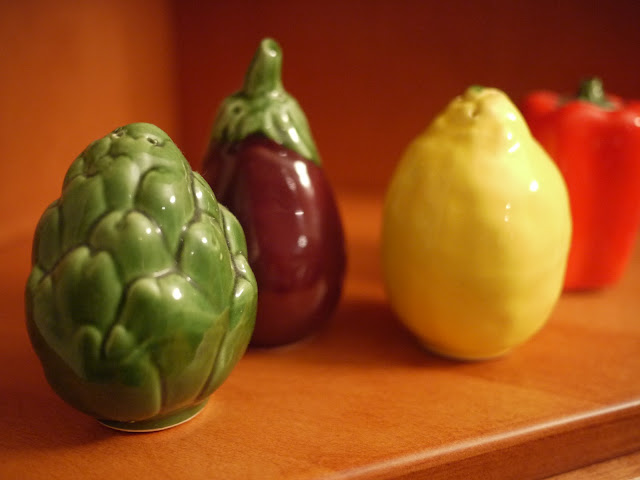 that I am too afraid to use, so they remain on display in my kitchen 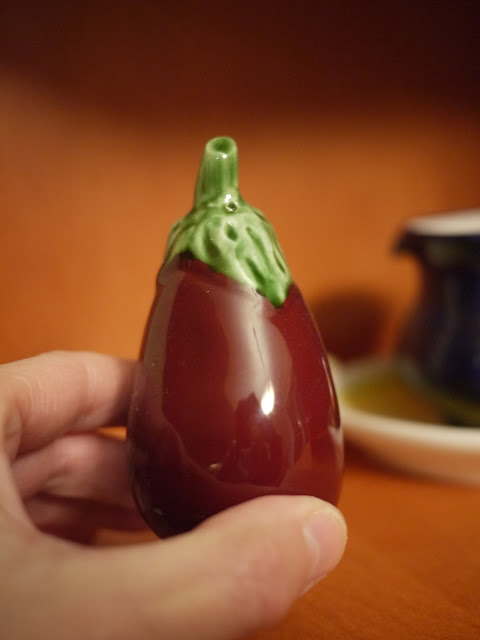 these plates representing night and day 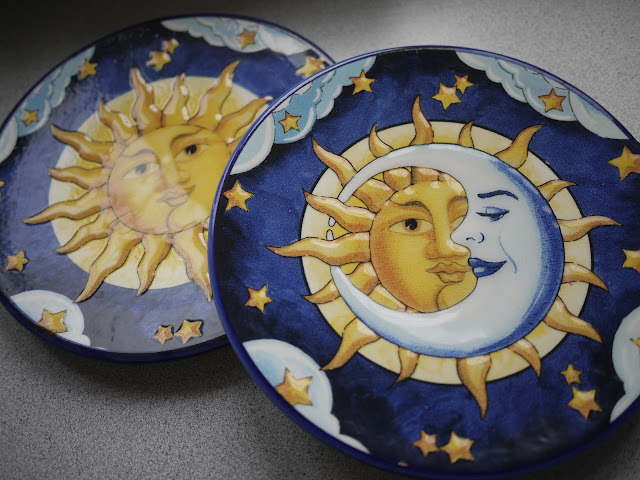 and this old photograph of a windswept seaside village, taken right where I stood when the moon dropped into a cleft between mountains and - in the hovering moments between darkness and light -
where the sea spoke to me 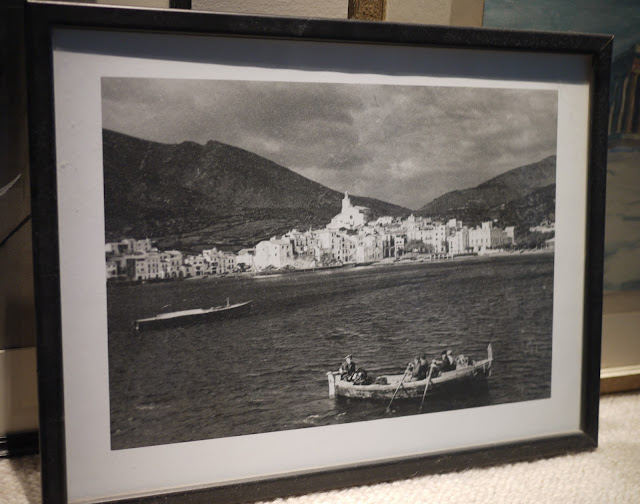 Top photo from Google images, all others courtesy of author
Email Post
Labels: Letters from the Underworld