Goddesses in the Dirt: Plastered Women 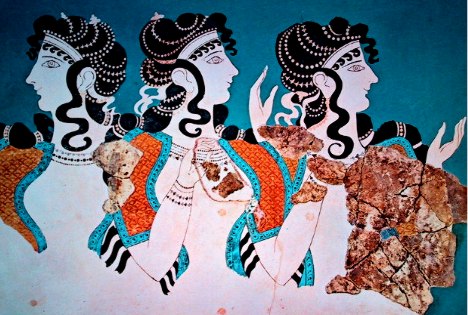 Goddesses in the Dirt - Issue #28: Plastered Women
Many palaces from the Bronze Age period of Greece are decorated with elaborate frescoes, which are images painted on a plaster surface that covers the walls of ceremonial and dining areas. Many different scenes are portrayed on these plaster surfaces, such as the exquisite composition above from the Palace of Minos in Crete, depicting a group of women in procession, their dark hair adorned with diadems and hanging in ringlets around their faces.
This past summer, I was excavating in Greece near the town of Pylos. 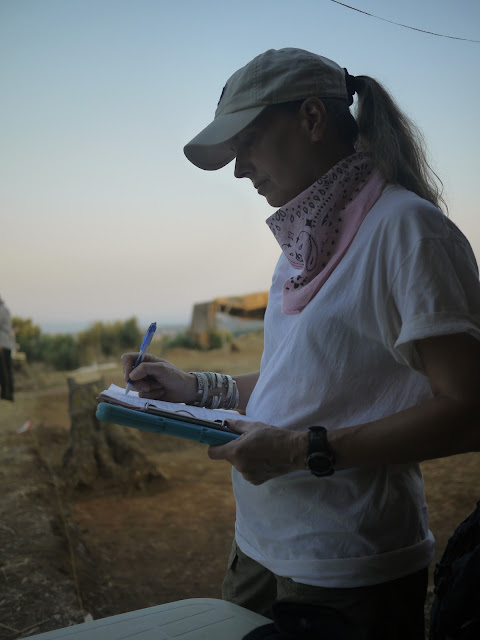 One of the students in my trench showed me this - he said it looked to him like a piece of fresco and he wanted me to see it - sure enough, that's what it was. 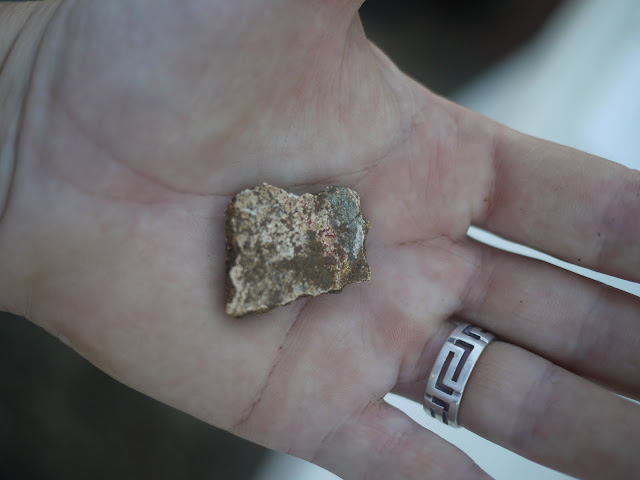 These small pieces of fresco are precious - instead of bagging them on site in plastic with all the potsherds, we put them in these foil lidded containers and tag them separately before they are taken to the lab for analysis and - if she our conservator is able - reassembling at the excavation's lab. 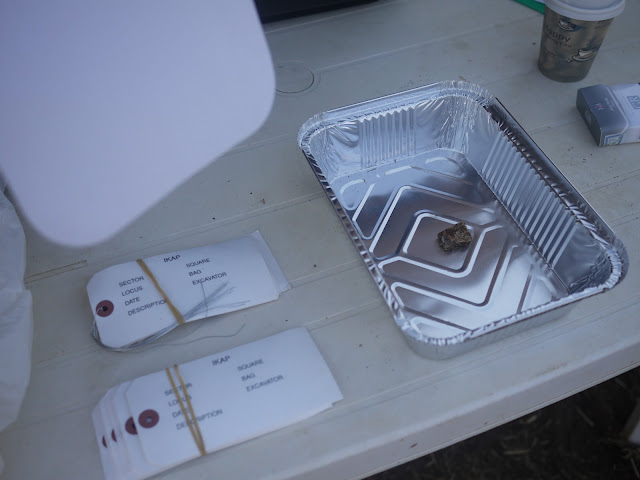 Our director was ecstatic - this was the first piece of plaster to be found in my trench, but in another part of the site we are uncovering lots of painted fresco fragments and the images appear to be simliar to the one above. 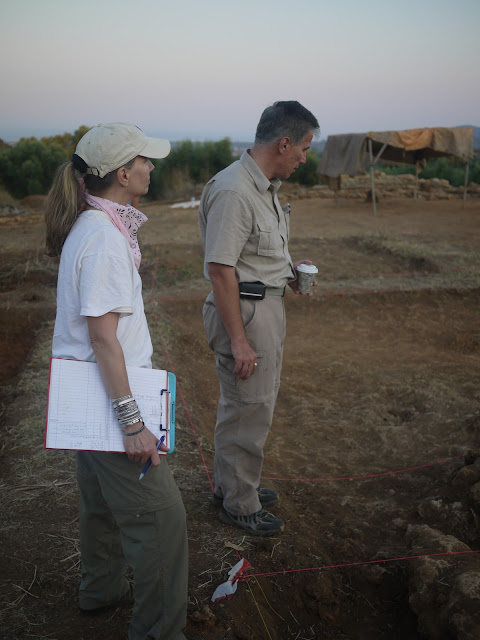 You never know what you are going to discover in this ancient soil, which is what makes archaeology endlessly fascinating to me. When you are excavating it's possible to feel a real kinship and connection to the lives of those whose homes you are excavating. Who were these people? What was important to them? 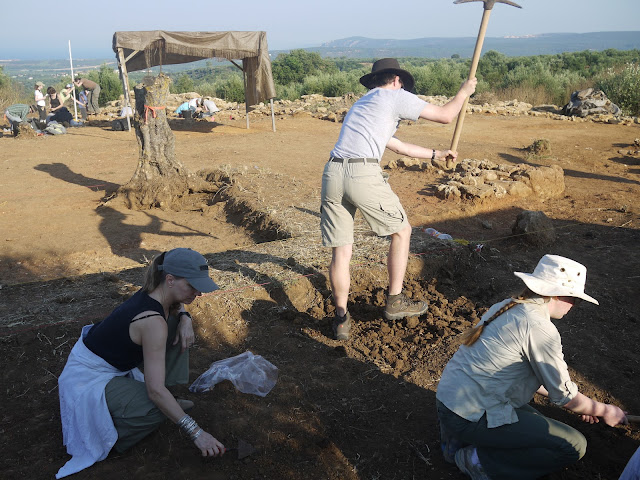 It's amazing what a little bit of painted plaster can tell you about a civilization...these women adorned themselves with bracelets up and down their arms. It makes you wonder what we might have had in common..... 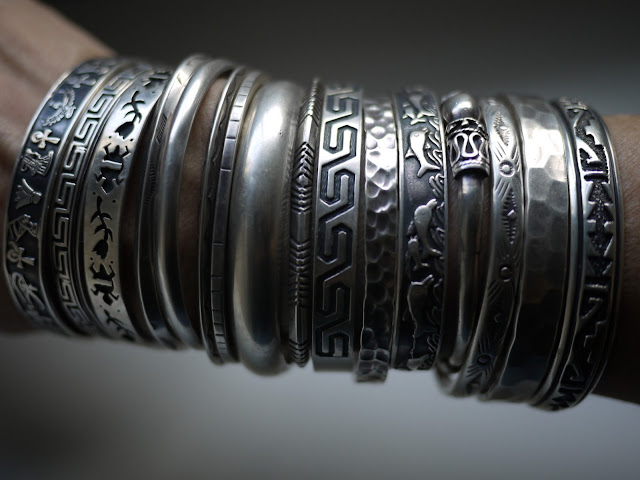 Yet I always want to know more about what the lives of these people were like — how did they raise their children? 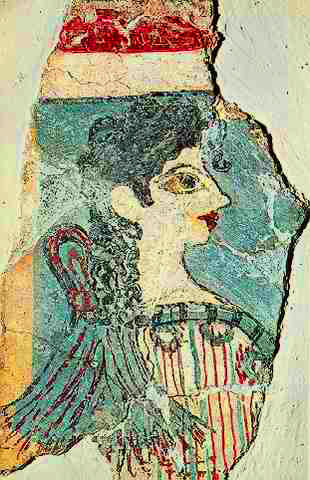 What did they think about during their days as they passed along corridors decorated with frescoes such as this? Can you imagine living in a palace and walking by such amazing scenes every day? 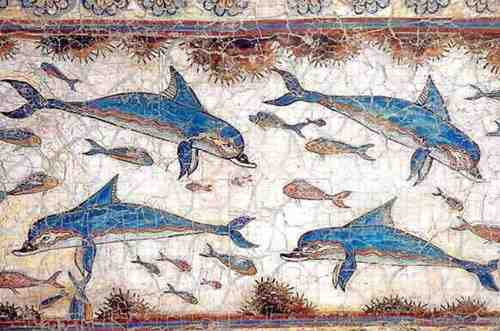 How did they prepare their food, and what did they eat? 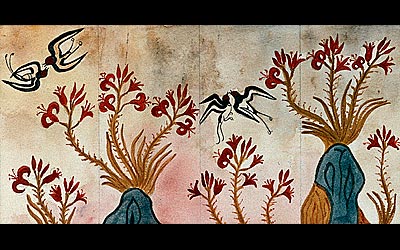 What did they drink with their meals at the end of a long day? 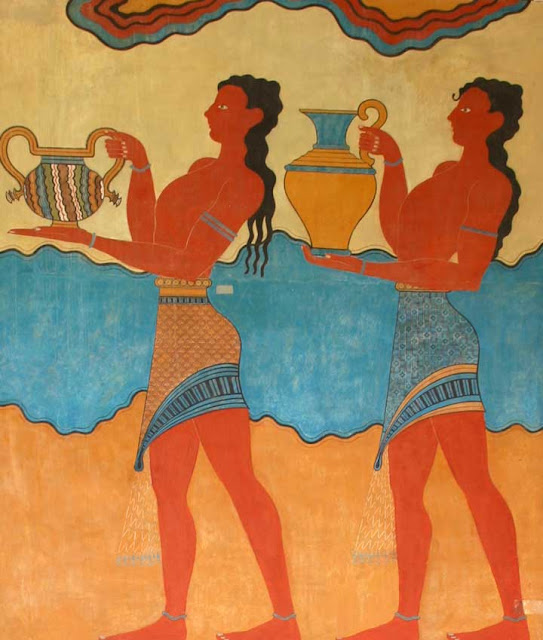 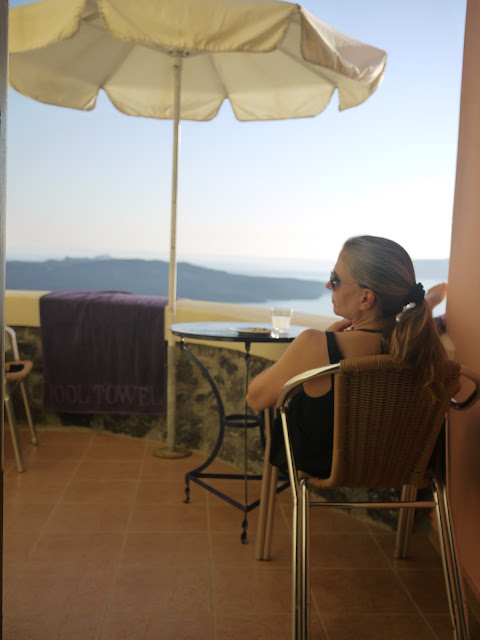 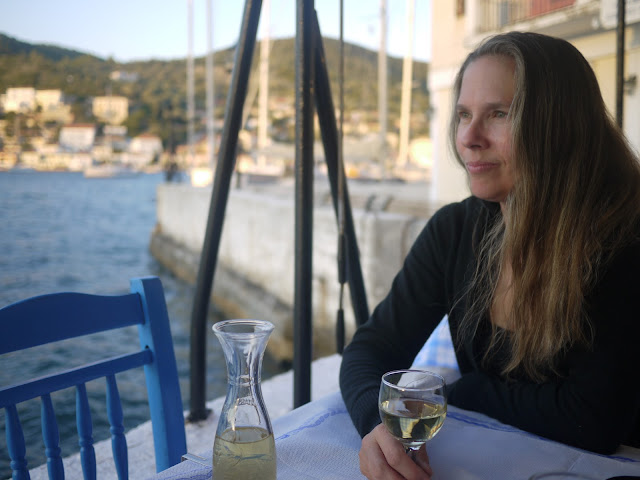 with magnificent surroundings such as these 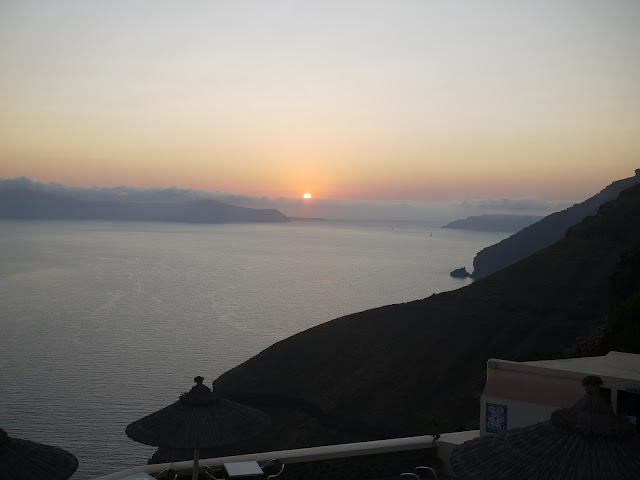 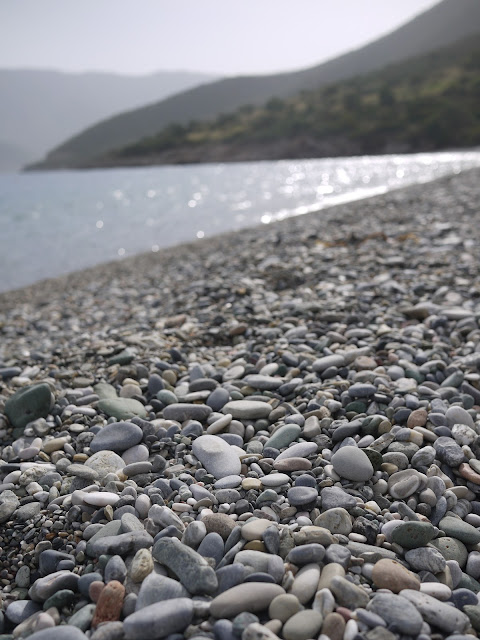 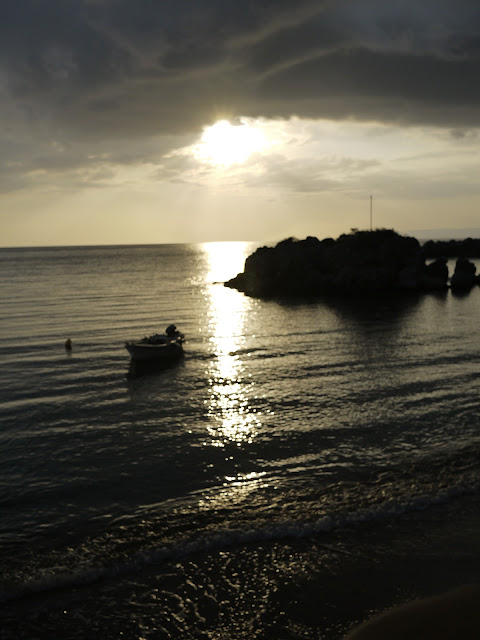 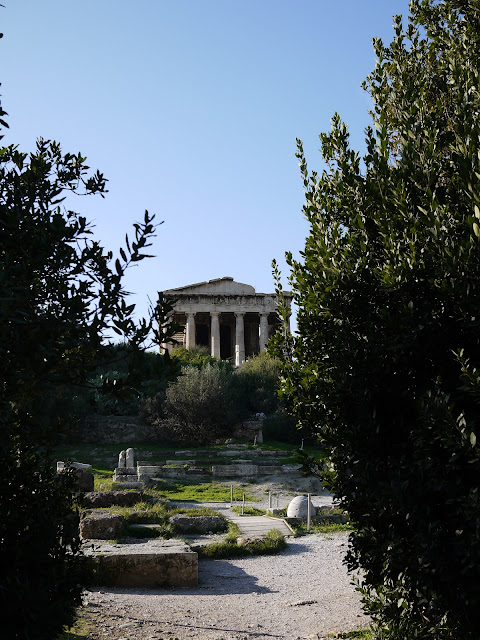 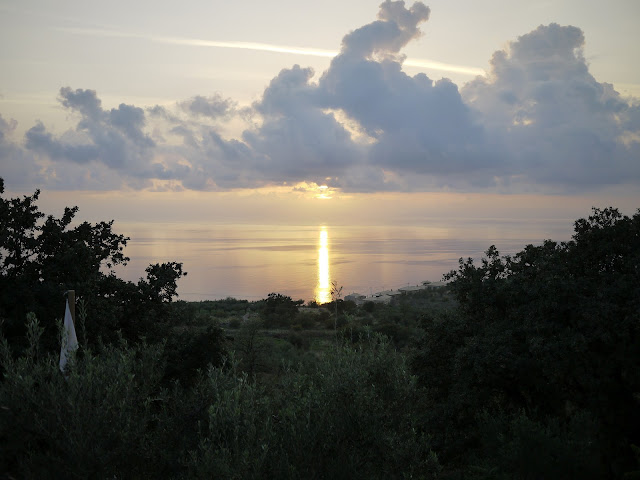 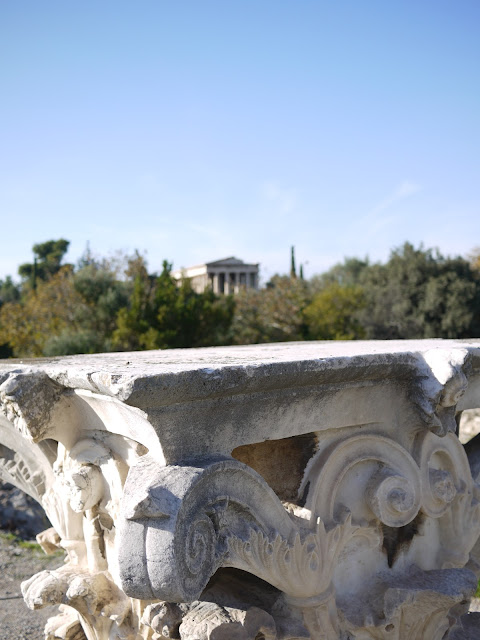 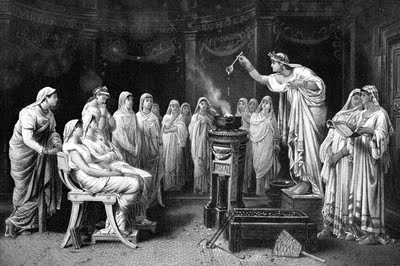 ...sometimes even archaeologists are intoxicated by the sheer beauty of this place as well..... 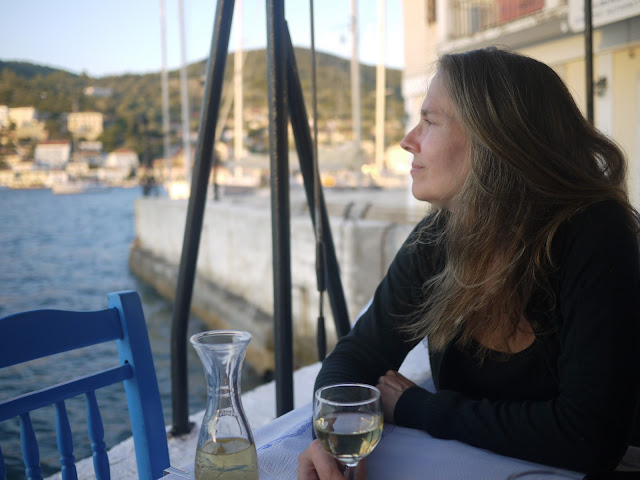