Goddesses in the Dirt: The Lady of Lake Bled 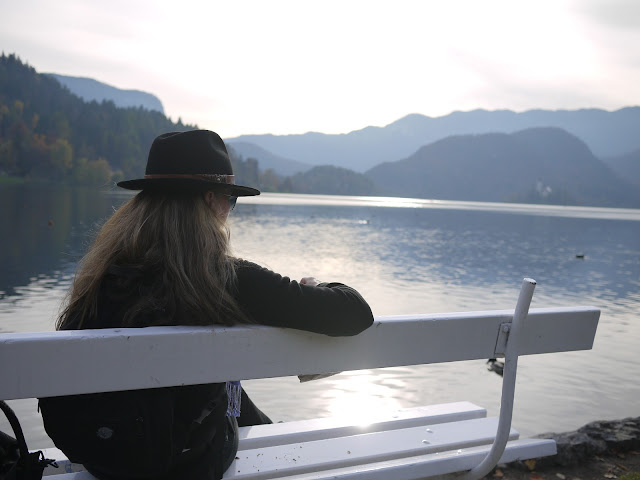 Goddesses in the Dirt - Issue #28: The Lady of Lake Bled


Out there, somewhere, she lived. In the shadow of the Julian Alps, on the shores of Lake Bled, I watched for her. Located at the northern edge of Slovenia along the border of Austria, this is where the ancient Slavs worshipped Ziva, the goddess of love and fertility -  whom some refer to as a goddess of longevity.


In the middle of this lake is the only island in Slovenia - a dark and wooded rock marooned in frigid waters - where I was told her temple once stood. I couldn't help but think, watching sunlight trading places with shadows that dragged across a castle on a distant cliff, this would be the perfect domain of Count Dracula. 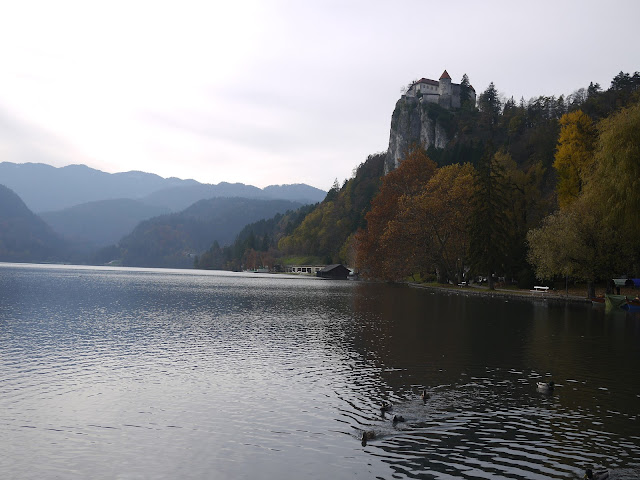 As a pair of sculls got into position to race across the lake, I thought of Ziva's association with water as a rejuvenating force. In ancient times this lake was a symbol of water's magical capacity for healing in this life or the afterlife, as well as a symbol for the peace of the soul. 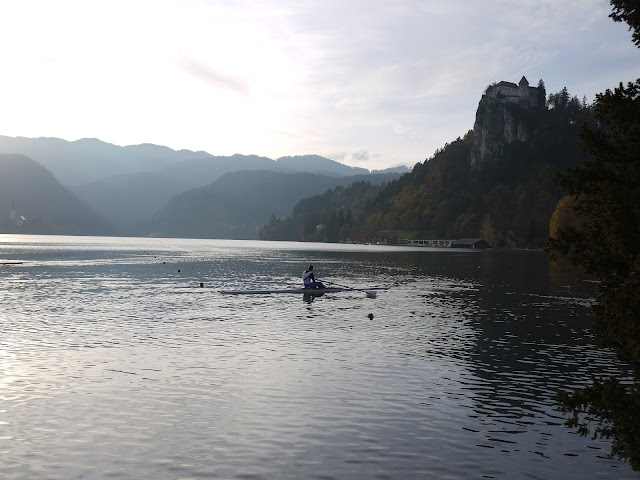 Not only in antiquity was this lake known as a place of peace. In modern times, it's well known for rowing as the conditions are perfect for the sport. 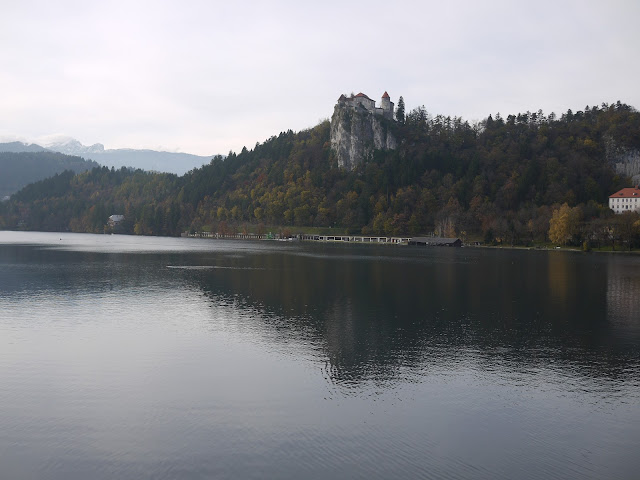 If the rowers were to glance over to the island, they would no longer see the wooden temple, known as a hram, which was dedicated to Ziva. A church now stands on the site of the pagan building, as this sacred landscape shifted from the worship of a pre-Christian goddess to Saint Mary. 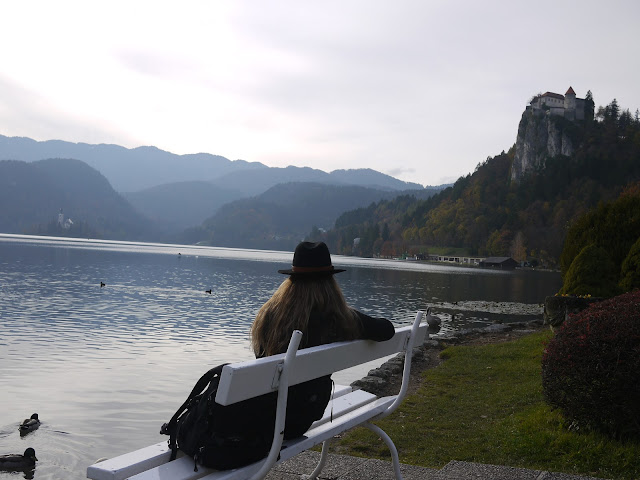 Watching one of the sculls make a turn, I caught the fragrance of roasted chestnuts. A few steps away was a vendor - for a handful of coins he traded me a paper bag filled to the brim. 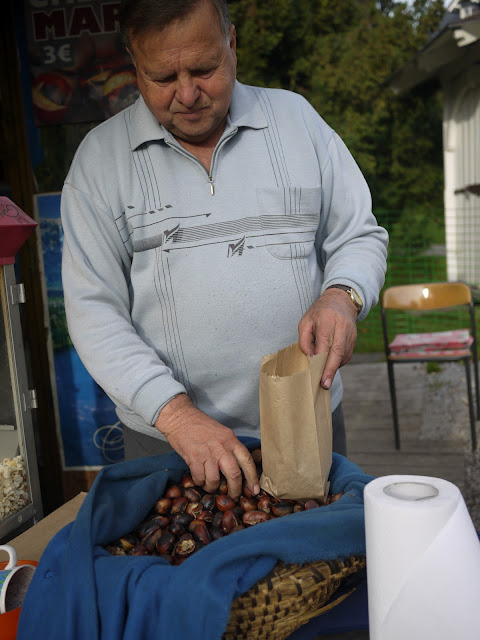 Returning to my bench, the sculls had now stilled, their wake gone from the surface, replaced only by the reflection of the setting sun. 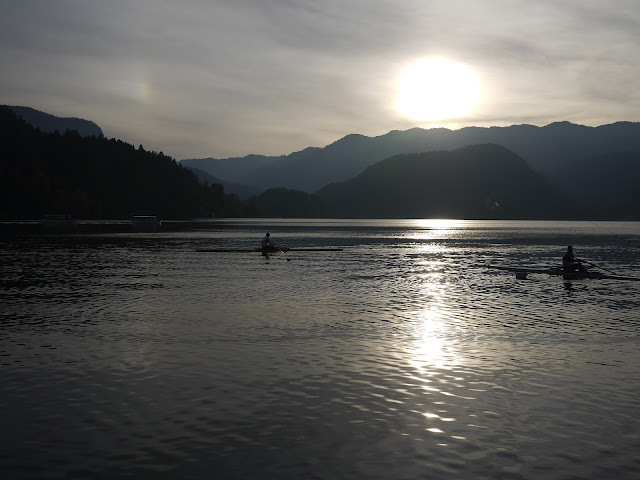 I reached for another chestnut, but before I began to peel away the bitter husk I stopped. In the fading light, I watched to catch a glimpse of the goddess in the distance. 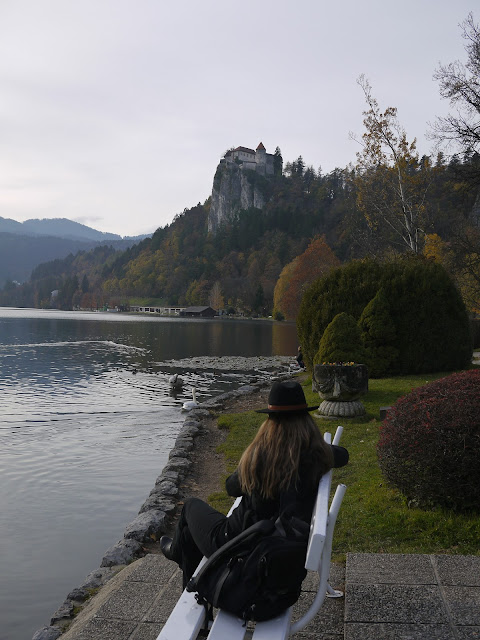 Ziva did not show herself that evening, but I sensed her reflection in the mirror-like surface of the water. Dusting my hands, I got up to head back to the hotel. But not before leaving my last, unpeeled chestnut in her honor.


Book print of Ziva from Google images, all other photos courtesy of author.
Email Post
Labels: Goddesses in the Dirt