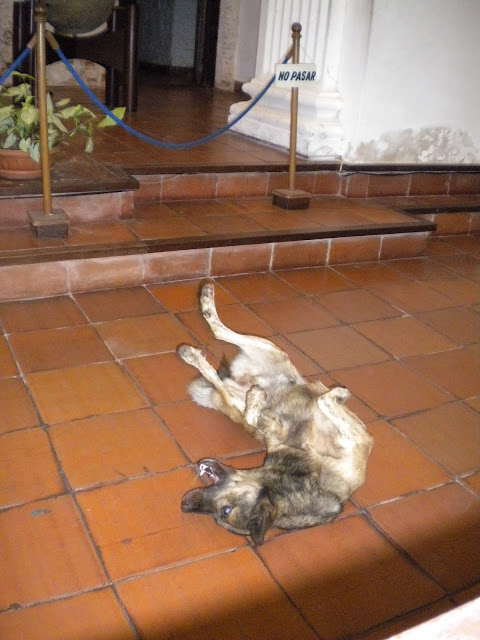 this past april after i traveled to uruguay, i wrote a post about it, in which i sang the praises of the best drink in the world, called a submarino - a whole piece of chocolate dropped into a glass of warm milk.... 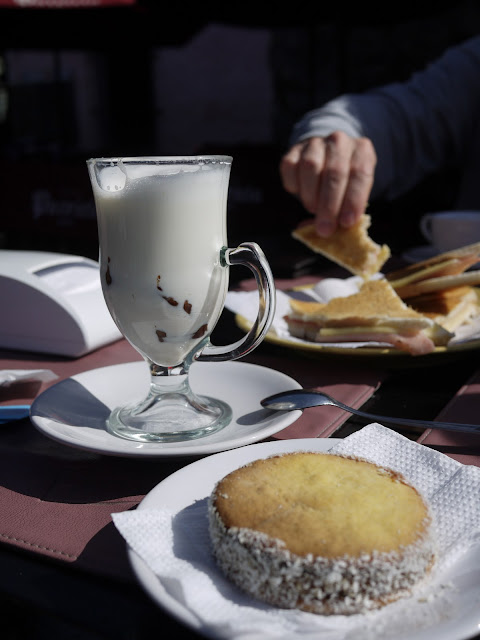 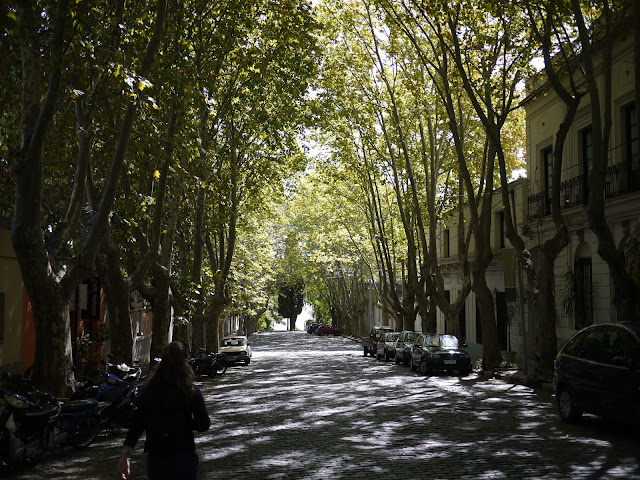 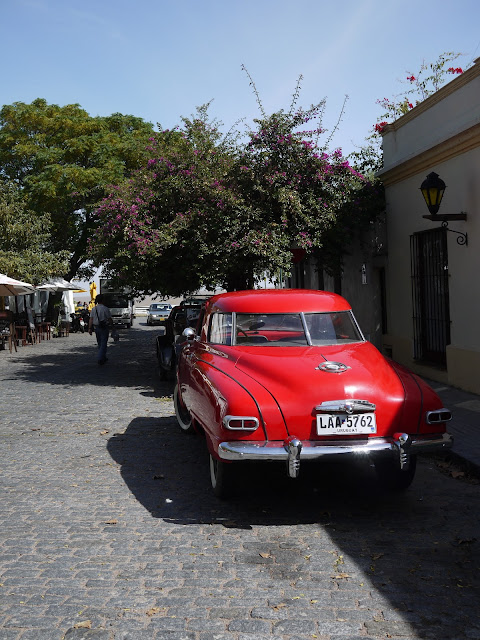 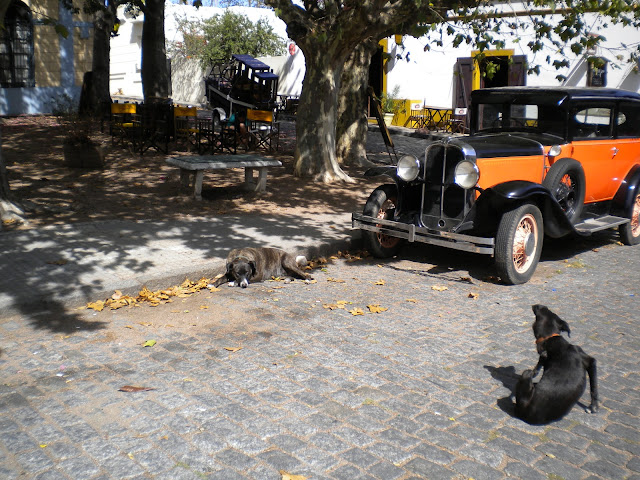 from the moment we got off the boat we were followed by a pack of them.
here is senor alpha dog and leader of the pack 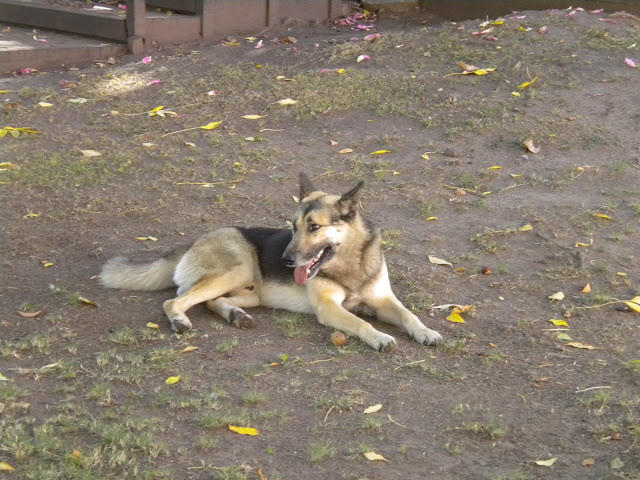 barking up the wrong tree 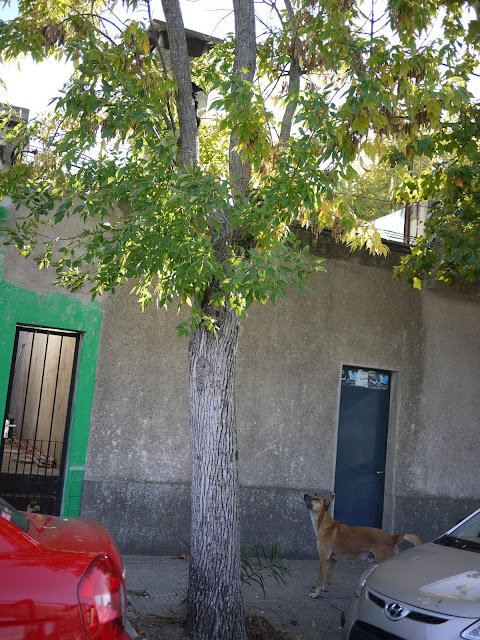 one of his scruffy lieutenants 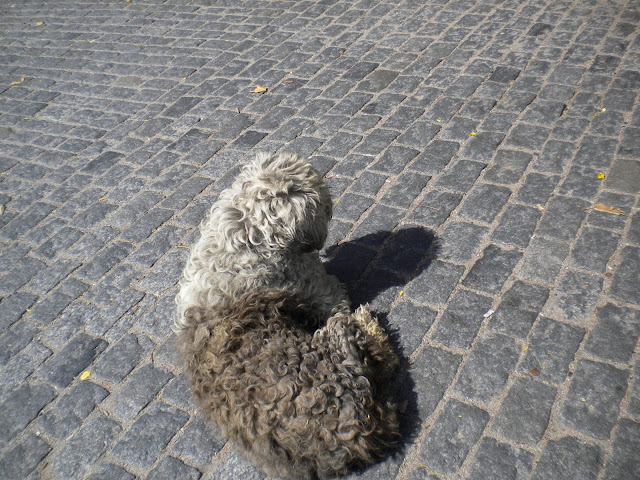 we could tell our long suffering tour guide was used to them. she would keep talking and raising her voice to be heard above their barking, avert her eyes when they did their business right where she was showing us a lovely park, pretend to not notice when they cavorted in and out of historic buildings she was telling us about. and all this was fine.....until we got to the church. 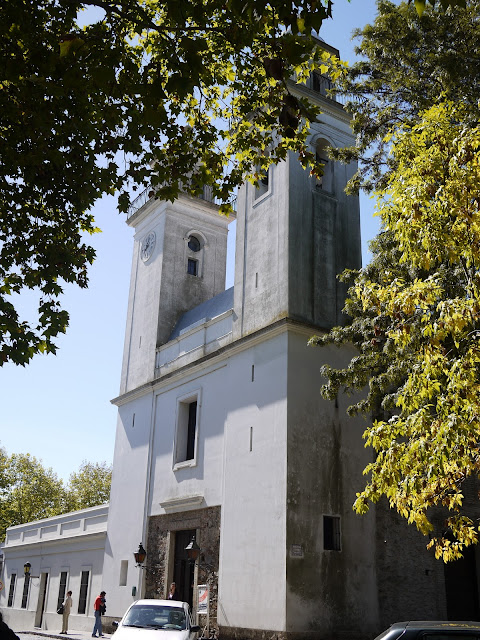 that's when my daughter and i lost it.
we were sitting in the pews, the tour guide going on about when the church was built, saying that many couples have come over from buenos aires to get married here because it's so pretty, and on and on, when all of a sudden one of the dogs saunters down the aisle. as the guide drones on, my daughter and i watch in amazement as the pooch decides to use the altar as his personal playground, proceeding to roll around in front of the pews, teeth bared, having the time of his life
here is senor loco doing his thing 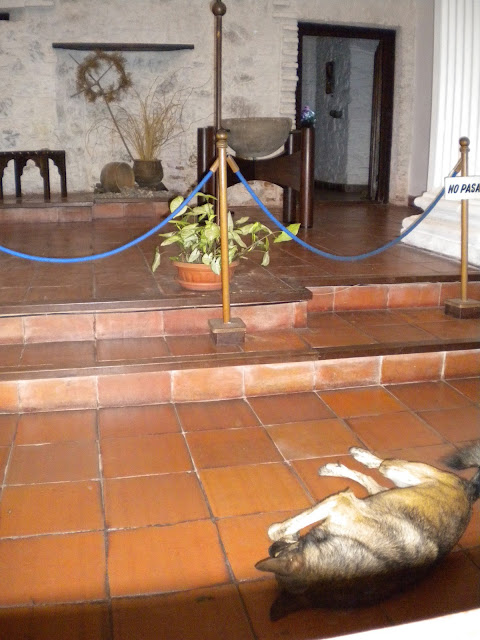 my daughter and i were barely able to stifle our laughter. at one point he climbed up on the kneeler and looked out at his audience. when we burst into laughter our poor tour guide knew she had been upstaged. rolling her eyes towards the heavens, she let out these words with a deep sigh, making it patently obvious that she had to put up with this nonsense constantly:
"every day it is the same...."
this is dedicated to the crazy dogs of uruguay. we think of them often and wonder at the carefree attitude they show towards life - loosely organized into groups and falling into a natural pecking order, they run free and with abandon in these beautiful surroundings, doing whatever they want, whenever they want.
if only life were so simple for humans! ;-)
Email Post
Labels: crazy dogs Uruguay