athens - city of wisdom, beauty... and sausage the riot dog

since i moved to athens at 19 i've had a love/hate relationship with greece.... 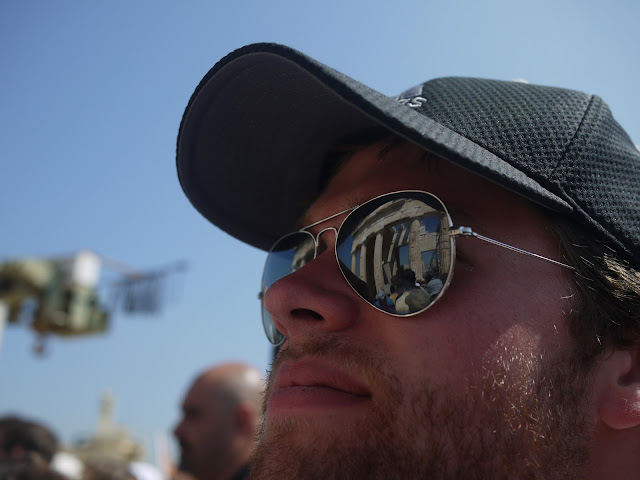 ....but it's mostly love.
like any country, greece has its share of problems. when i was there this summer riots were going on in athens. just this past week violence erupted once again. 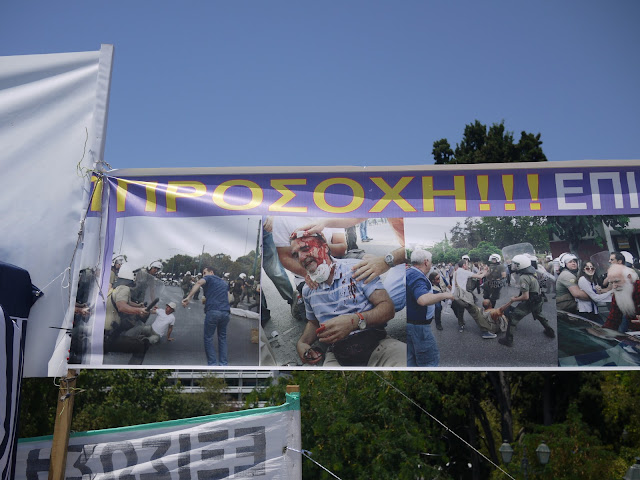 the greeks are very angry about the austerity measures imposed on them by the government - they accuse political leaders of strip mining government funds over the years to build their own luxury homes and line their own pockets. the situation is very dire here - friends of mine haven't been paid in months and have had to take on other jobs - sometimes two in addition to their main job, to support their families.
during my stay in greece the airport shut down, the taxis went on strike, the ferry workers went on strike. last week they shut down the acropolis. people are really pissed off. on a taxi ride to the port, our driver blamed america, and then israel. i suggested he vote out the corrupt politicians and elect someone he could believe in. he laughed, saying that he hadn't voted in years and wasn't about to start. i was alarmed by his apathy. it's difficult to understand a government that is not able to enforce the collection of taxes. it's just as difficult to understand how corrupt individuals in government can get away with crimes without being held accountable for their actions. for now, the situation is imploding, and lasting change will have to happen from the inside out.
this summer we drove through the main square of athens the day after the rioting. i took some photos of what we saw
city and community we have war (followed by the anarchist sign) 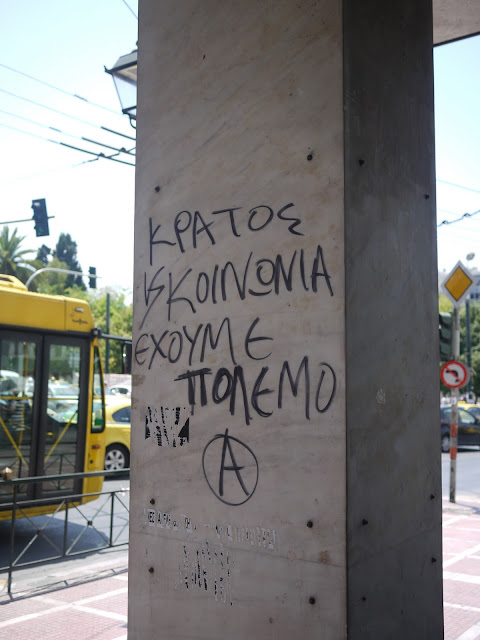 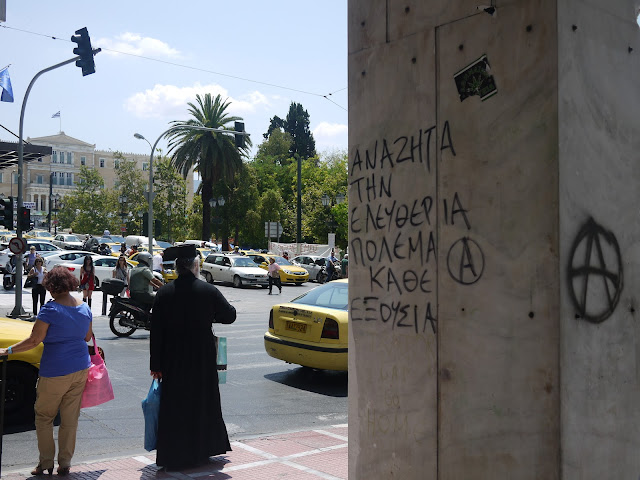 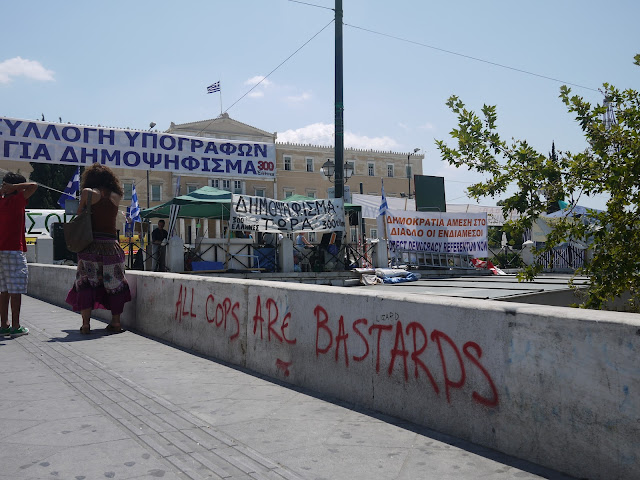 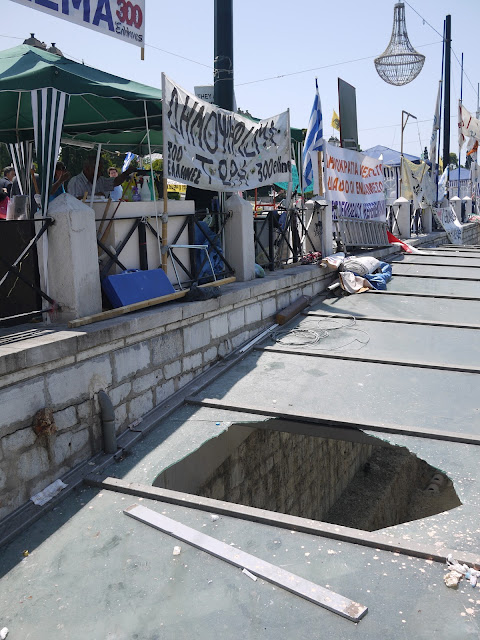 protestors had set up a tent city in athens' downtown square 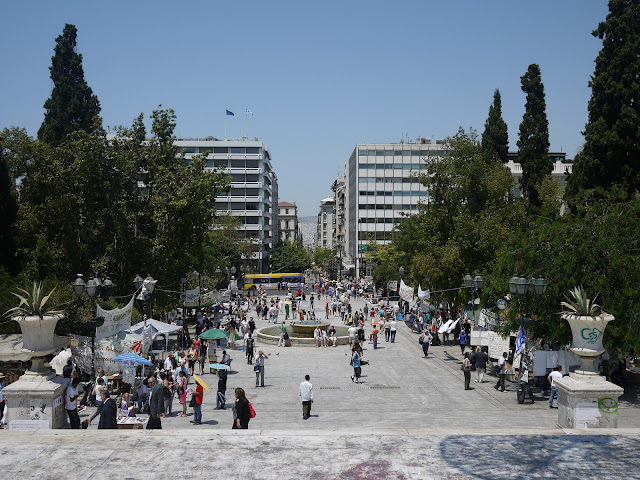 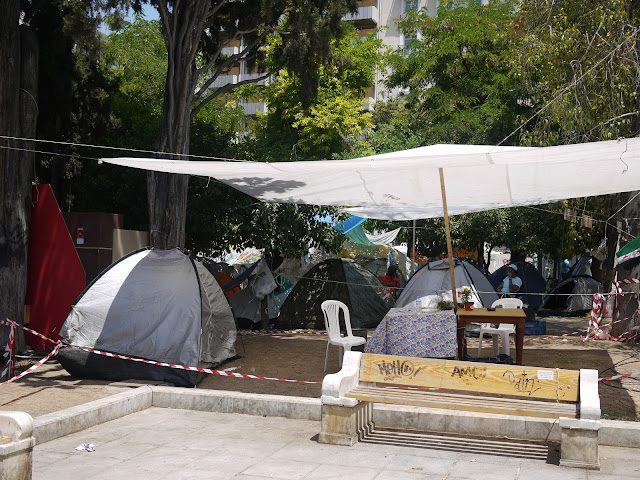 whenever the crowds gather to riot, a white dog - whom the greeks called 'sausage' 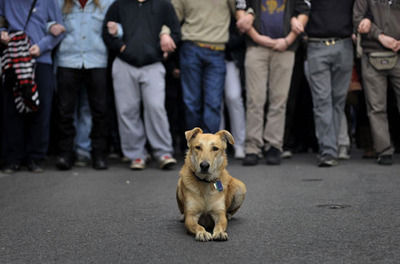 shows up and barks at the riot police 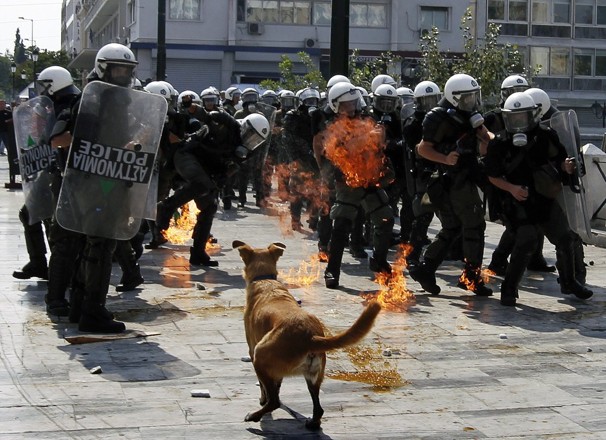 this isn't him, but we kept a look out for him all over town... 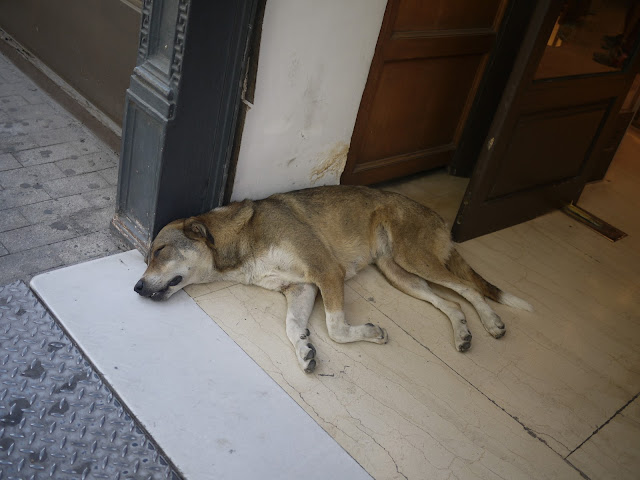 the police did not like me taking their picture 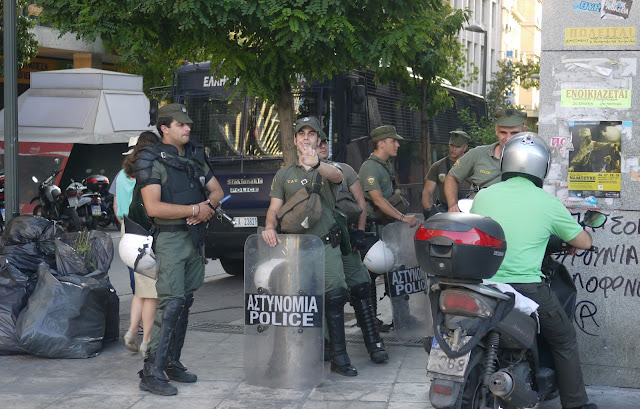 it was my son's first trip to greece, so in spite of the unrest we managed to see the sights.... 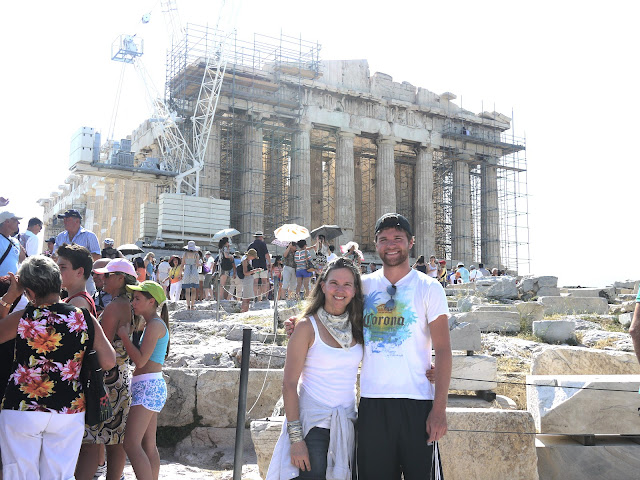 as did a surprising amount of others 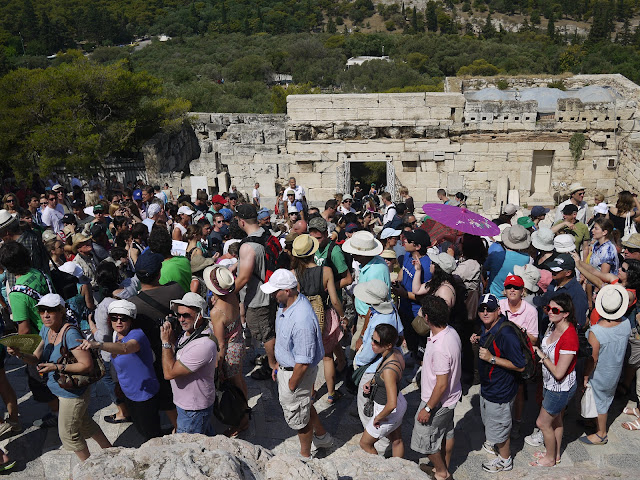 we visited the new acropolis museum, which is built on top of archaeological remains 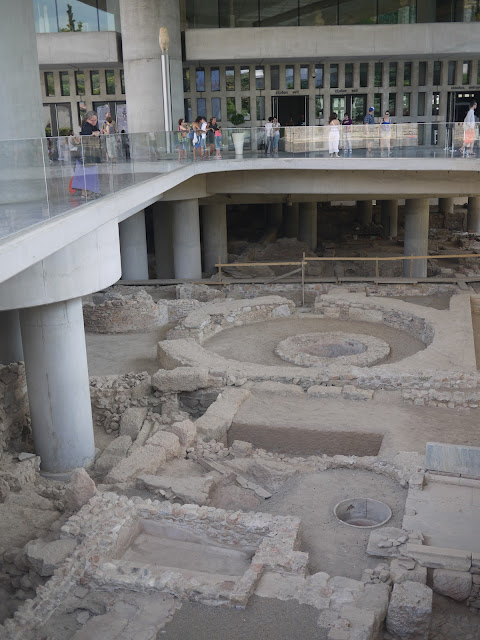 covered in glass so you can walk directly overhead 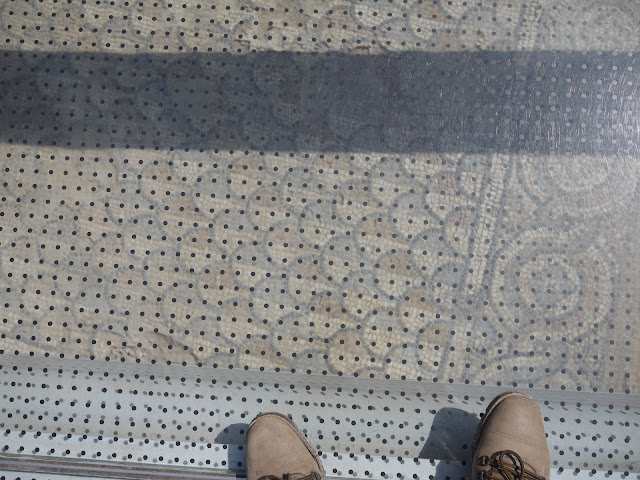 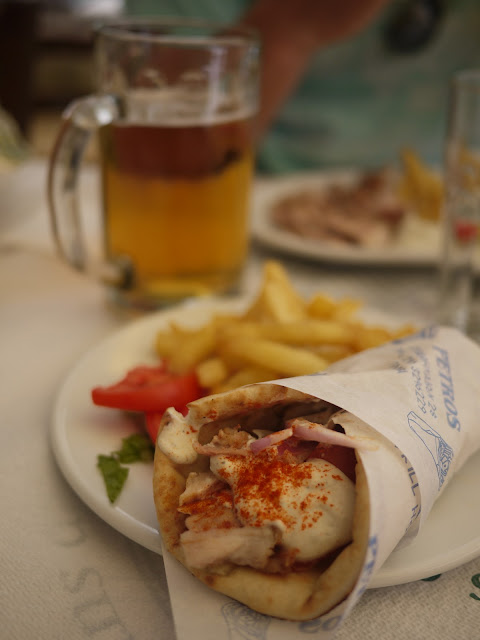 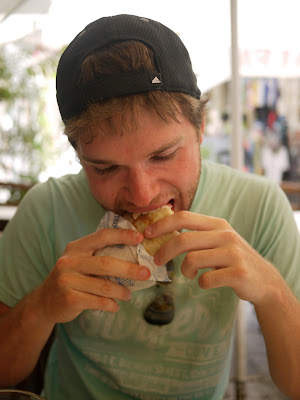 taking in the view from a favorite perch above the city 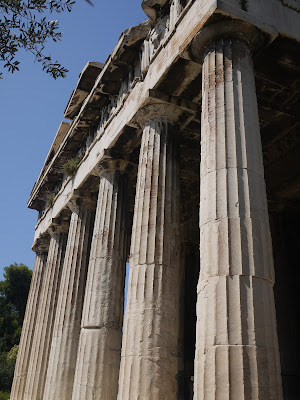 i will always love this city and this country. i hope - sometime very soon - that it will resolve its problems. greece deserves - and needs to reclaim - the integrity and quality of leadership that is possible and can be expected from a people who gave birth to democracy.


in the mean time, i am lighting a candle for a country where the light - literally and figuratively - is like no where else on earth... 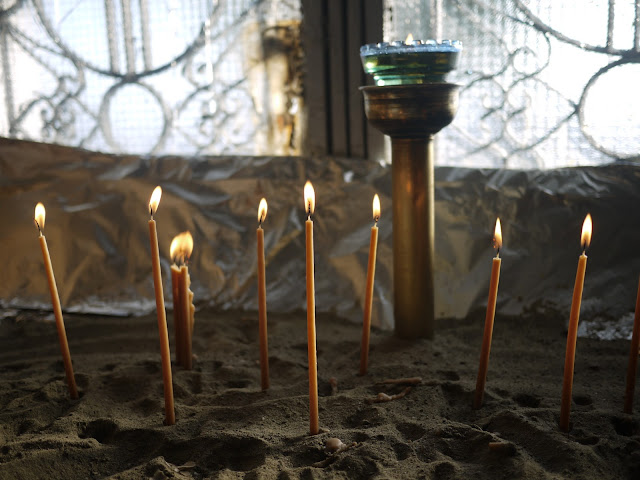