floating in the dead sea and climbing masada at dawn 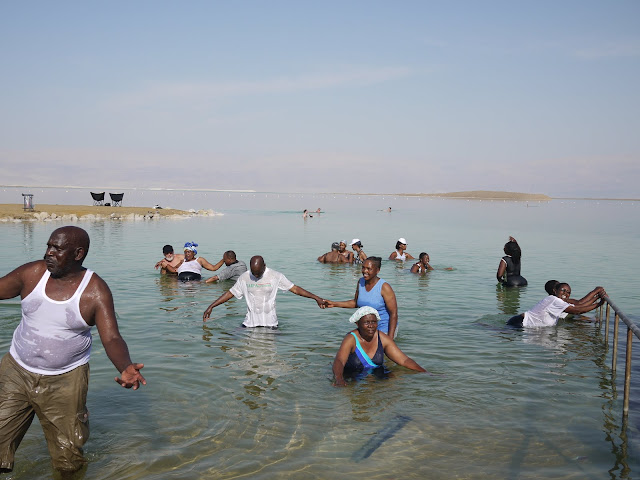 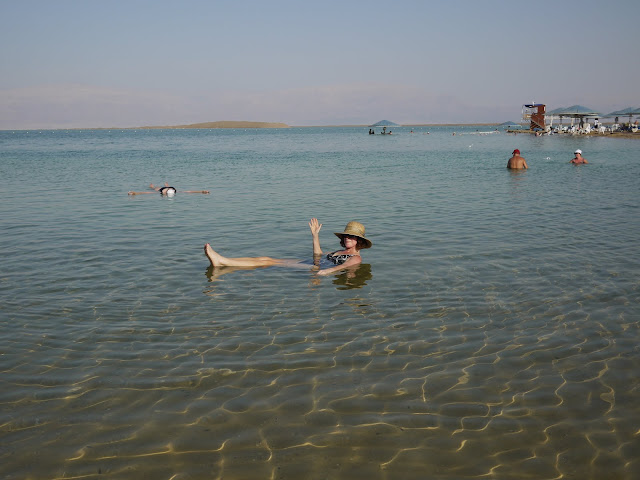 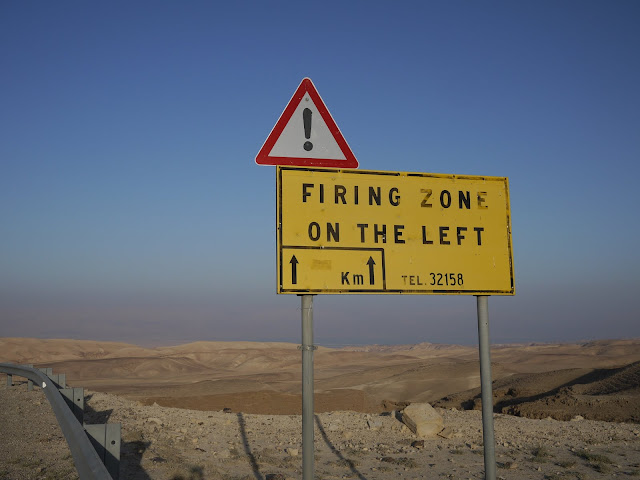 en route to masada, where the presence of war has made itself known for over 2000 years and counting... 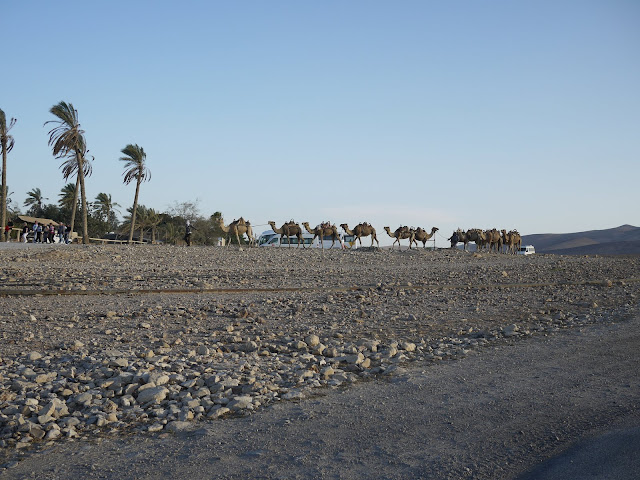 caravanserai in the judean desert 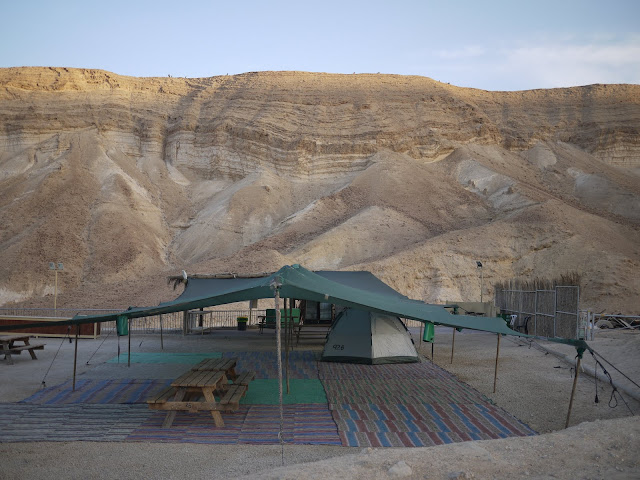 our campsite. we actually moved the tent away from the cover and out into the open. in the evening we attended the sound and light show and fumbling our way back to our tent we heard a gurgling sound emanating from the darkness. as we approached we made out the form of the campground attendant, selame, reclining on the sand by our tent, smoking a hubbly bubbly. he had made a fire and had tea waiting for us. the sound of the hubbly bubbly moved around during the night as selame kept vigil, as did the trillions of stars that seemed to hover over our heads, our faces caressed by the desert night breeze. 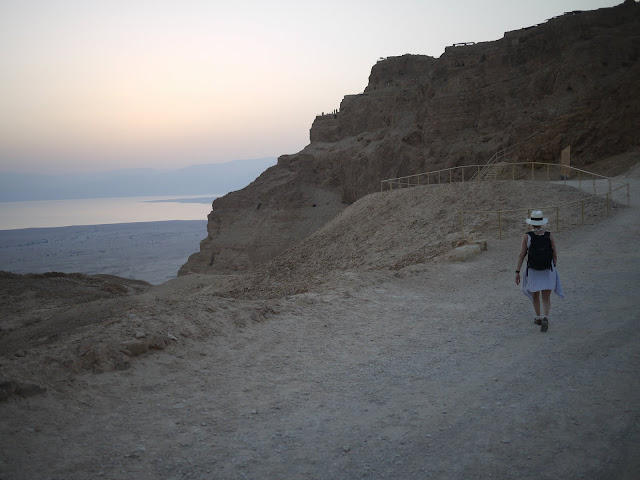 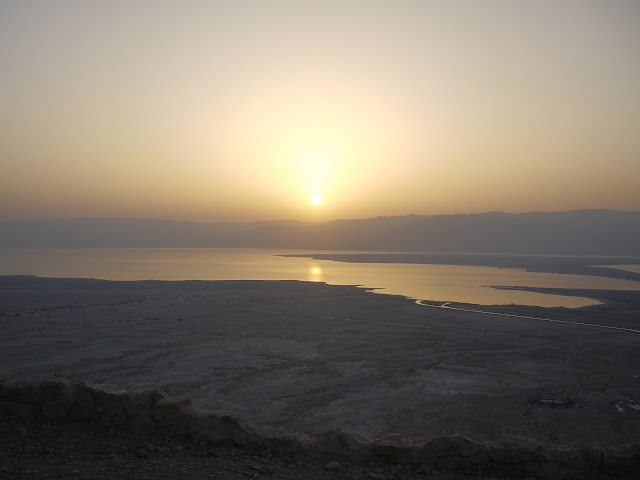 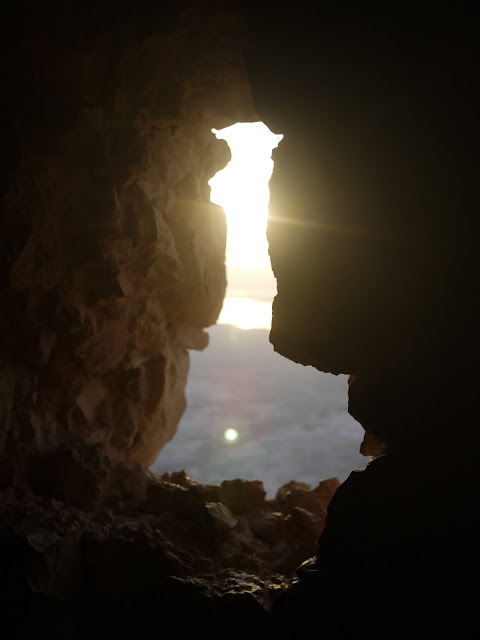 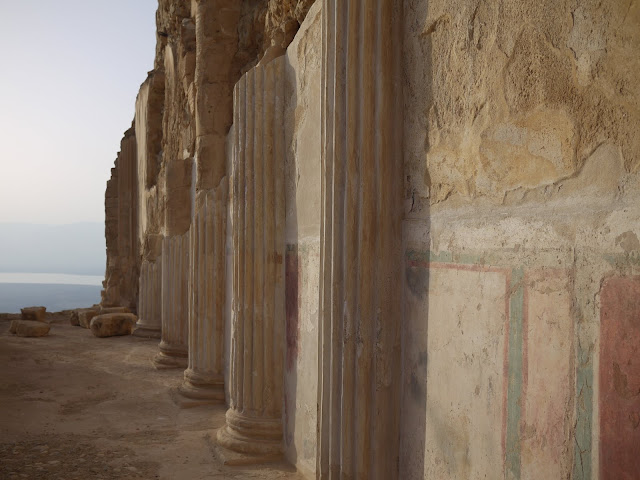 the site of masada - a vast network of buildings - was originally built by the roman emperor herod as a fortress on a dramatic plateau in the judean desert, overlooking the dead sea. 75 years after his death, a group of rebels escaped jerusalem during the jewish revolt against the romans in 66 bce. after the fall of jerusalem they were joined by a group of zealots who fled to masada, where they were able to survive for 3 years at the site which had been left well stocked by the romans with water and food. the roman soldiers tracked down the zealots, only to find the site, a natural fortress, impenetrable. with the aid of thousands of slaves, they began to build a ramp. 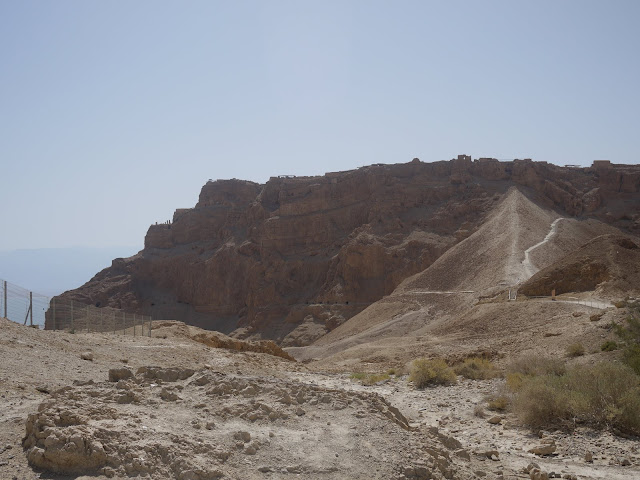 when the ramp was completed, the romans brought up a battering ram to knock down the walls. determined not to let their woman and children fall into the hands of the romans, the leader of the zealots, eleazar ben ya'ir, made a dramatic and historic decision. he ordered his cohorts to cast lots to choose 10 men to kill the remainder of the group, almost a thousand men, woman and children, and set the citadel on fire. then they chose among themselves the one man who would kill the survivors....the last of whom would kill himself. when the romans finally broke through the wall, they found the destroyed city and the bodies. only two women survived to tell the heroic tale of the zealots.


in 1963, the israeli archaeologist yigael yadin and his team began excavating the site. over the next years they uncovered the remains of magnificent buildings, a network of cisterns, an advanced plumbing system, swimming pools, baths, storehouses, and a synagogue - but the most powerful discovery was a mere 10 pieces of pottery, inscribed with the names of men.......among the ruins of this forlorn but majestic site they were able to unearth the 10 lots which had decided the fate of masada. 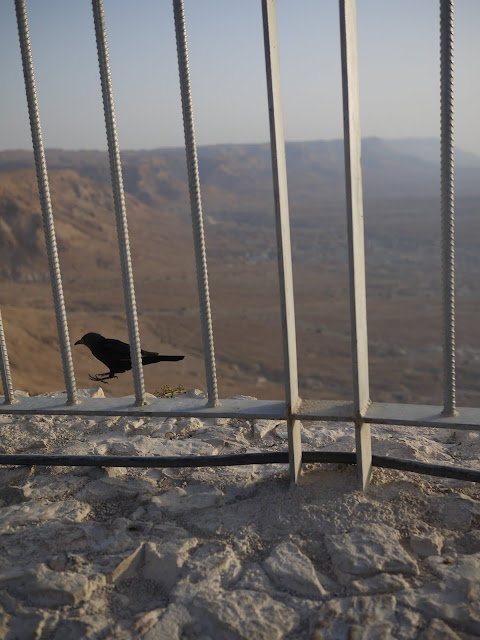