Goddesses in the Dirt - Sylvia Benton

Unearthing the Divine Feminine, one archetype at a time..... 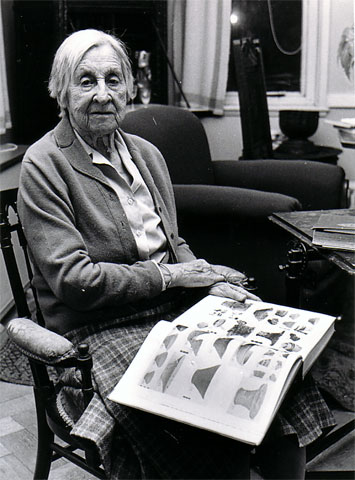 Issue #6: Sylvia Benton
Before our team traveled to the Greek island of Ithaka to begin excavations and continue the search for the palace of Odysseus, we needed a permit. The island hadn't been excavated since the British worked there in the 1930s and 40s, under the leadership of an archaeologist named Sylvia Benton. Benton was still alive and in her 90s, living in her Scottish manor, and someone from our team needed to travel to Scotland to procure the permit in person. A team member living in London volunteered for the duty and spent a few days with Benton at her home. One evening the team member went to open a cabinet in the guest bedroom and almost had a heart attack when she found herself face to face with a life sized mannequin: apparently Benton used it to store wigs and the poor team member thought someone was trying to scare her by hiding in the closet. The story had an Agatha Christie feel to it, and appropriately so, because Sylvia was the consummate intrepid female explorer.
Sylvia is one of my heroes, and I look up to her. I've excavated the same landscape that she did, many decades after her team left, but whenever I find myself in a trench, I think of her. 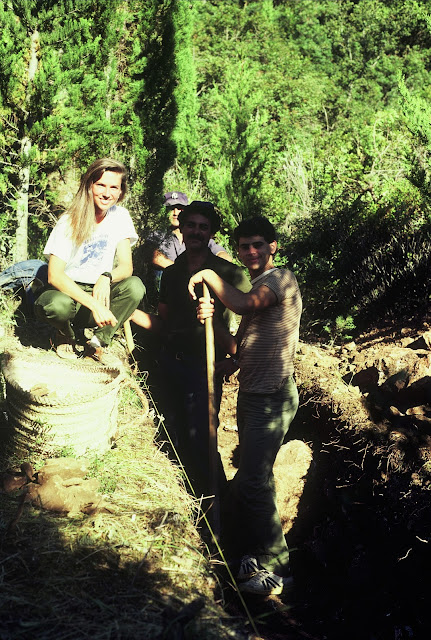 Being a woman in this field is not always an easy thing, as archaeology is still dominated by men. Sylvia was ahead of her time in so many ways, but the way that resounds so powerfully to me is how she embraced life itself.
Sylvia was born in India of Scottish parentage. She was educated at Oxford and in 1929 began her studies at the British School of Athens. In 1932 she began excavations on Ithaka, succeeding in locating the remains of 12 bronze tripods dating to the 9th and 8th centuries B.C., which established an important link between modern Ithaka and Homer's Odyssey. She continued to excavate on Ithaka until 1939, when war was breaking out in Europe. In the intervening years she worked at the Postal and Telegraph Censorship office in London (Uncommon Languages Department), while fighting fires at night. In 1945 her office was bombed and she was badly injured.
She returned to Ithaka for the first time in 1947, where she worked to restore the two small museums on the island. Then in 1953, a catastrophic earthquake struck Ithaka and other islands of the Ionian chain; the quake was so destructive that only one house in the main town of Vathy was left standing. She returned to the island on a minesweeper - the only craft available at the time. Standing on the deck and watching her beloved harbor come into view, it is told that she was so overcome to be back that she dove off the deck and swam to shore. She worked in Greece until 1974, when, at the age of 84, as her obituary so properly states, "she delighted in eluding the surveillance of those detailed to accompany her."
Atta girl Sylvia. May your memory be eternal.
Email Post
Labels: archaeology Divine Feminine goddesses Greece Sylvia Benton