Postcards from the Underworld: Full Moons and Greek Temples

I am a diehard romantic - so for me, there are fewer things more mystical than seeing a full moon rising over a Greek temple. When the two things happen together, I am in heaven.

When I moved to Greece my junior year in college, I celebrated my 20th birthday a few days into my stay. As I was walking with my fellow group of students underneath the Parthenon in Athens, we all watched in awe as a full moon rose through the slender columns of the ancient building that would dominate the skyline of my life for the coming months. All of a sudden the group broke into song,  serenaded me with Happy Birthday.

Years later, I was wandering through Athens with my son, who had himself just turned 20. 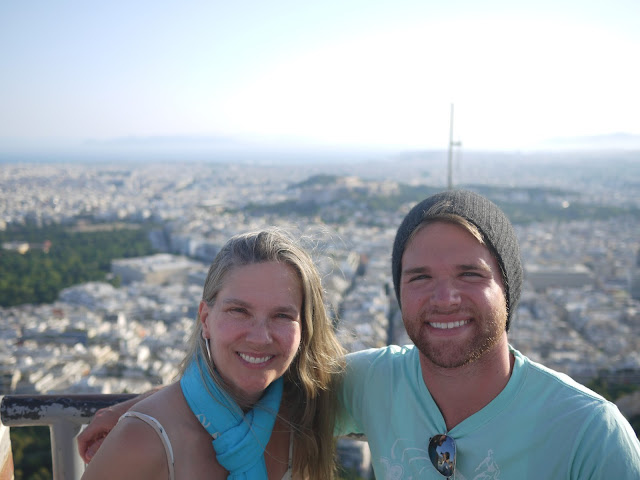 As I looked up at the Parthenon, I recalled my friends singing to me. After these mere decades, the building still entrances me, and continues to dominate the Athenian skyline, as it has for over two thousand years. It was wonderful to see it through his eyes. 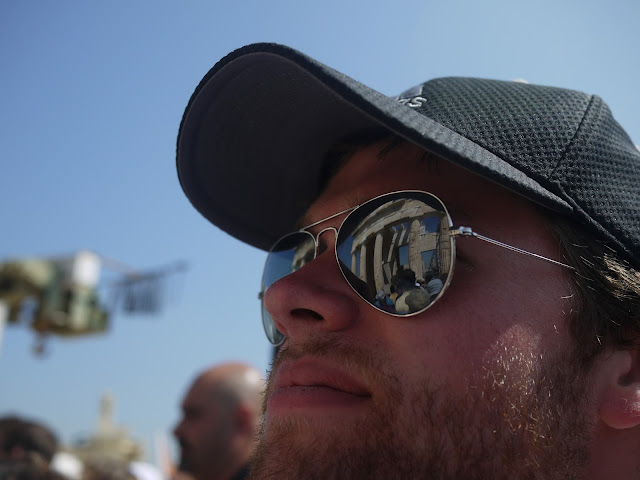 So as the full moon rises tonight, July 22, I will be dreaming of my favorite temple again, and imagining how it looks under the glow of Selene's orb. 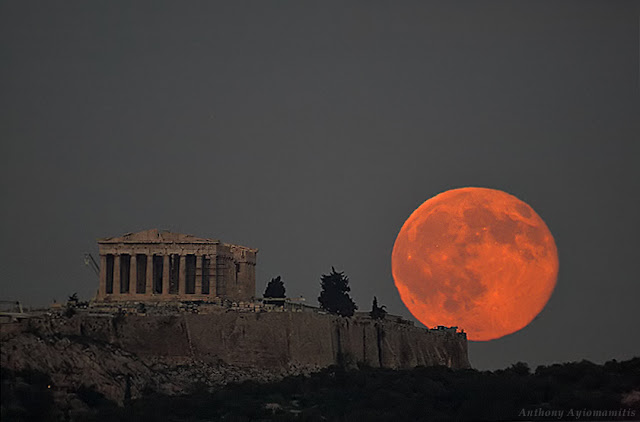