Goddesses in the Dust: The Virgin Mary's Belt 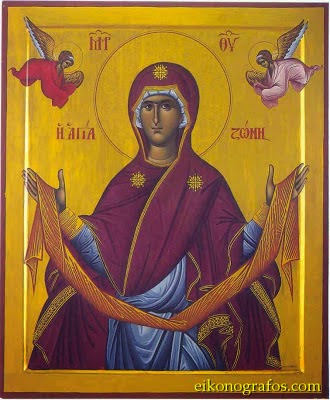 In a monastery far far away, lies a relic supposedly once belonging to the Virgin Mary, a relic that has healing properties. The story tells us that the day Mary died, the Apostle Thomas went to her tomb only to find it empty. Looking up he saw Mary ascending to heaven; as she floated upwards, she removed her belt and gave it to Thomas.

Now a couple of different churches profess that they have the authentic belt in their possession, one in Italy and one in Greece. The Greek belt is in Mount Athos, a monastery where women are not allowed - even female animals and insects are prohibited from the premises!

But the belt from the Virgin, no problem.

Every so often the belt is taken to different cities where the faithful can see it up close and personal. Some believe the belt, as they do with many holy relics, can cure diseases such as cancer and infertility so hundreds of thousands turn out, as they do here in Moscow, to wait outside the Church 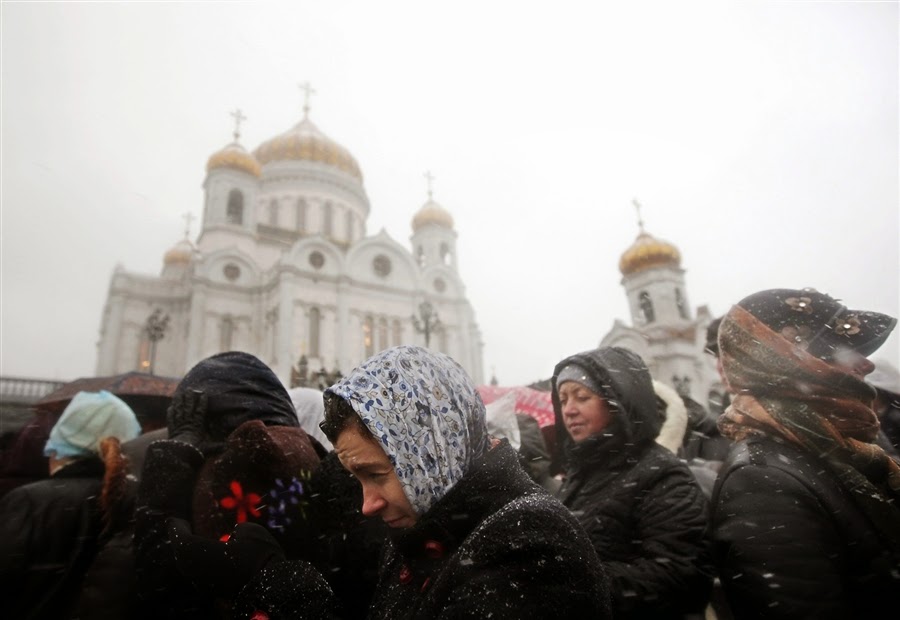 and then line up 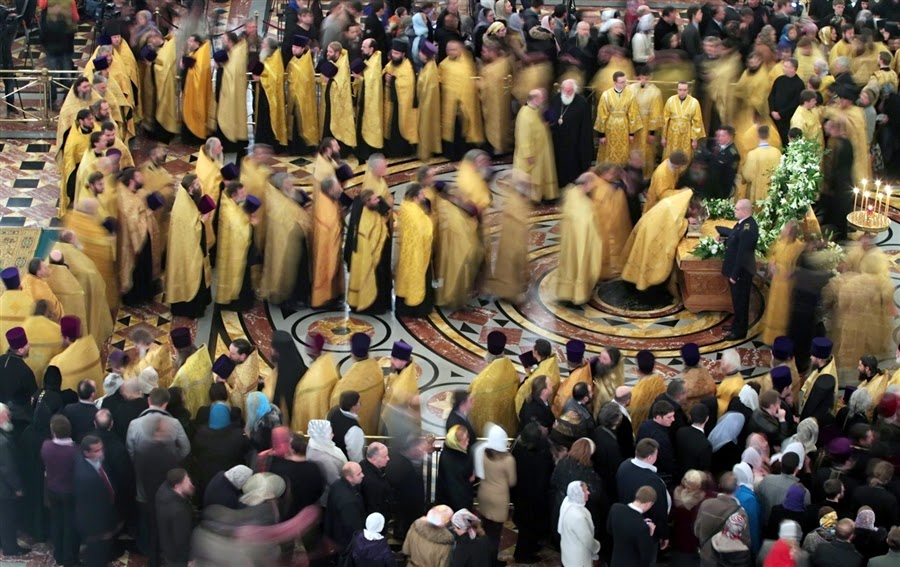 to take their turn kissing the holy relic. 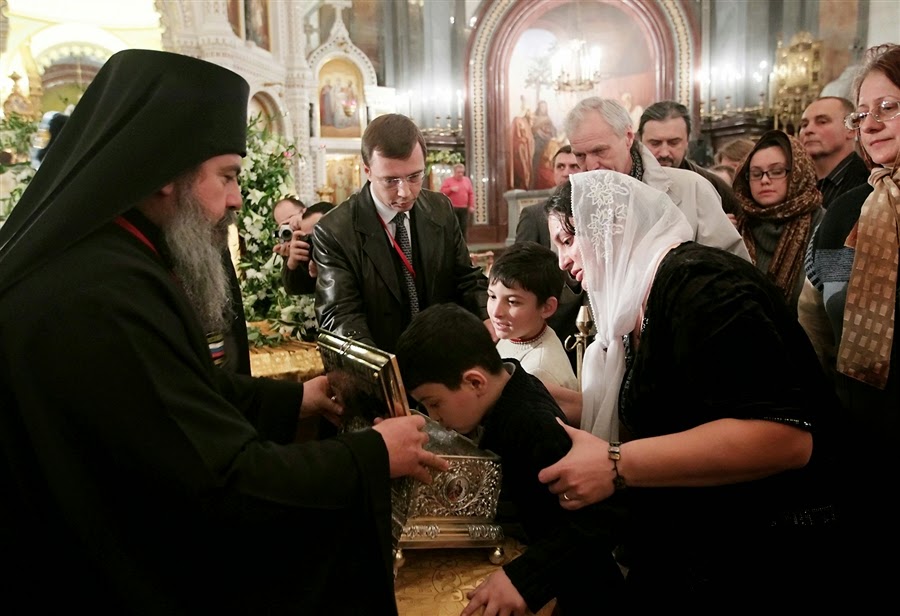 Supposedly the belt was made by Mary herself out of camelhair. It was kept in Jerusalem for many years, then transferred to Constantinople in the 5th century where it was embroidered in gold by Empress Zoe, who was grateful for a miraculous cure she attributed to the garment. It was finally donated to the Vatopedi Monastery at Mount Athos, Greece, in the 14th century where it is stored in this ornate silver reliquary. 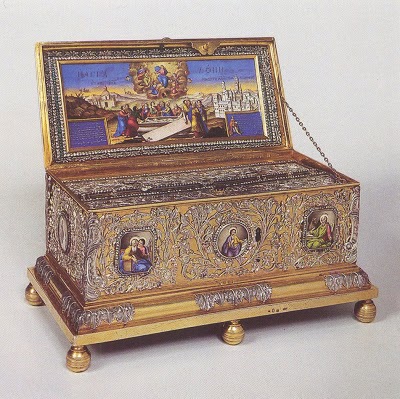