Goddesses in the Dust: Samhain, the Crone and the Crescent Moon

Unearthing the divine feminine, one archetype at a time...
Many in our culture respond to the shortened days and lengthening nights as a death, a negative and reminder that all this too shall pass. Yet the deeper meaning is found in the realization that energy is drawing down and inward only to be recasted in the Crone's cauldron - the magical place of death and rebirth that all nature experiences.

The tradition of costume-wearing is rooted in mumming or souling, when individuals dressed in costume to confuse or 'trick' the spirits that were thought to be out these nights mingling with the living and hoping to find a body to inhabit.
Many Goddesses are associated with this time of year when the veil between the world of the living and the dead is thinnest. Persephone, of course, is known as Queen of the Underworld, who is abducted by the God of Hell and over time learns to see in the darkness and guide souls between worlds. Yet her mother, Demeter, Goddess of Grain, who searches for her missing daughter is also known as the Dark Mother. It is she who lets nothing grow during her mourning, which symbolizes the winter season, until her daughter is returned. But the Goddess most representing Samhain is Hecate, the Crone of the Persephone-Demeter triple Goddess myth. Hecate is associated with witches, ghosts and the spirit world, as well as the waning crescent phase of the moon. Samhain is the time of year in which the crone aspect of the Goddess reigns.

Perhaps Clarissa Pinkola Estes, author of Woman Who Run with the Wolves, describes the power of the crone, and this phase of life, the best:

Dear brave souls, I warmly invite you to come be at the fireside with me and the Dangerous Old Woman and the Power of the Crone. Who is the crone? She is the most dangerous, the most radical, the most revolutionary woman in existence. Whether in fairy tales or in consensual reality, the old one goes where she want to and she acts as she wishes; she lives as she chooses. And this is all as it should be. And no one can stop her.

Nor ought they try.

On the eve of Samhain, I will light a candle to acknowledge this sacred night, the entrance into the dark side of the seasons. A time for rest, for renewal, a time of year to look inward and honor your spiritual self. A time to honor all seasons of a woman's life, but in particular the elders of the female tribe: Hecate, the Grandmother, the Wise Woman, 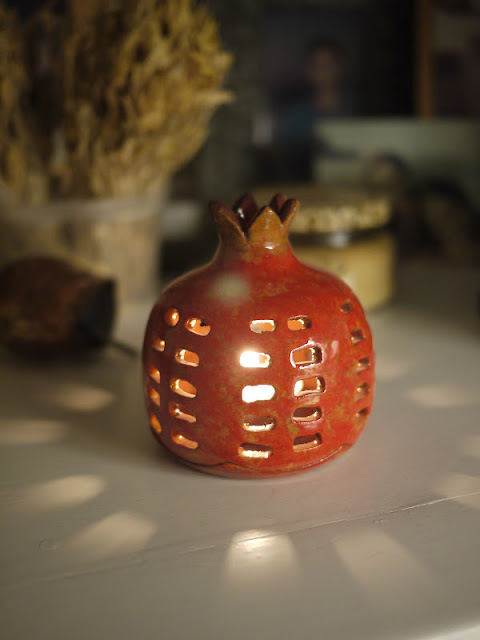